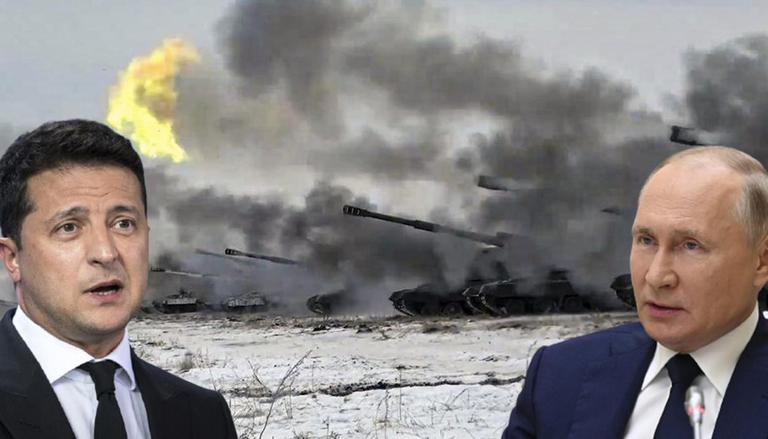 As the Russian-Ukrainian war entered its 95th day, the situation still remained complicated, especially in the Donbass region and in Kharkiv, where Russian troops are continuously trying to take control. In light of the destruction wrought by Russian forces, Ukrainian President Volodymyr Zelenskyy reiterated his demand on Saturday to declare Russia a “terrorist state”.

During his nightly address, Zelenskky thanked the nations that support Ukraine and spoke about the progress made by Ukrainian forces in defeating Russian forces. He also revealed the ongoing struggle in Severodonetsk, Lysychansk, Bakhmut, Popasna and other towns where the Russian offensive is concentrated.

“But our defense is holding up. It’s indescribably difficult there. And I’m grateful to everyone who resisted this onslaught from the occupiers,” the Ukrainian president said.

“We are working every day to strengthen our defence. This is above all a supply of weapons. Every day we are getting closer to the moment when our army will technologically and firepower overtake the occupiers,” he added. .

During his address, Zelenkyy said he would like to remind the world that the time has come when Russia must finally be officially recognized as a terrorist state, a state sponsor of terrorism.

“Again and again, I will remind the world that Russia must finally be officially recognized as a terrorist state, a state sponsor of terrorism. It is simply true. It is right and reflects the daily reality that the occupiers have created in Ukraine and are keen to take Europe further. And this must be enshrined in law,” the Ukrainian president said.

He further said that he is preparing to attend the European Council meeting, which is due to take place on May 30-31.

“I will address the participants of the meeting. In particular, I will talk about this. About terror, which has become, in fact, the only form of action of the Russian state in relation to Europe. Terror on Ukrainian land. Terror in the energy market in Europe, not just in our country. Terror in the food market, globally,” Zelenskyy said.

Since the brutal conflict between Russia and Ukraine began on February 24, the war has brought large-scale death and destruction to the war-affected country. The ongoing war has also united Western nations to oppose Russia and support Ukraine. So far, Moscow has been under pressure from more than 6,000 sanctions imposed by the United States and its allies. Meanwhile, the Ukrainian armed forces, in their latest operational update, claimed to have killed at least 30,000 Russian soldiers.