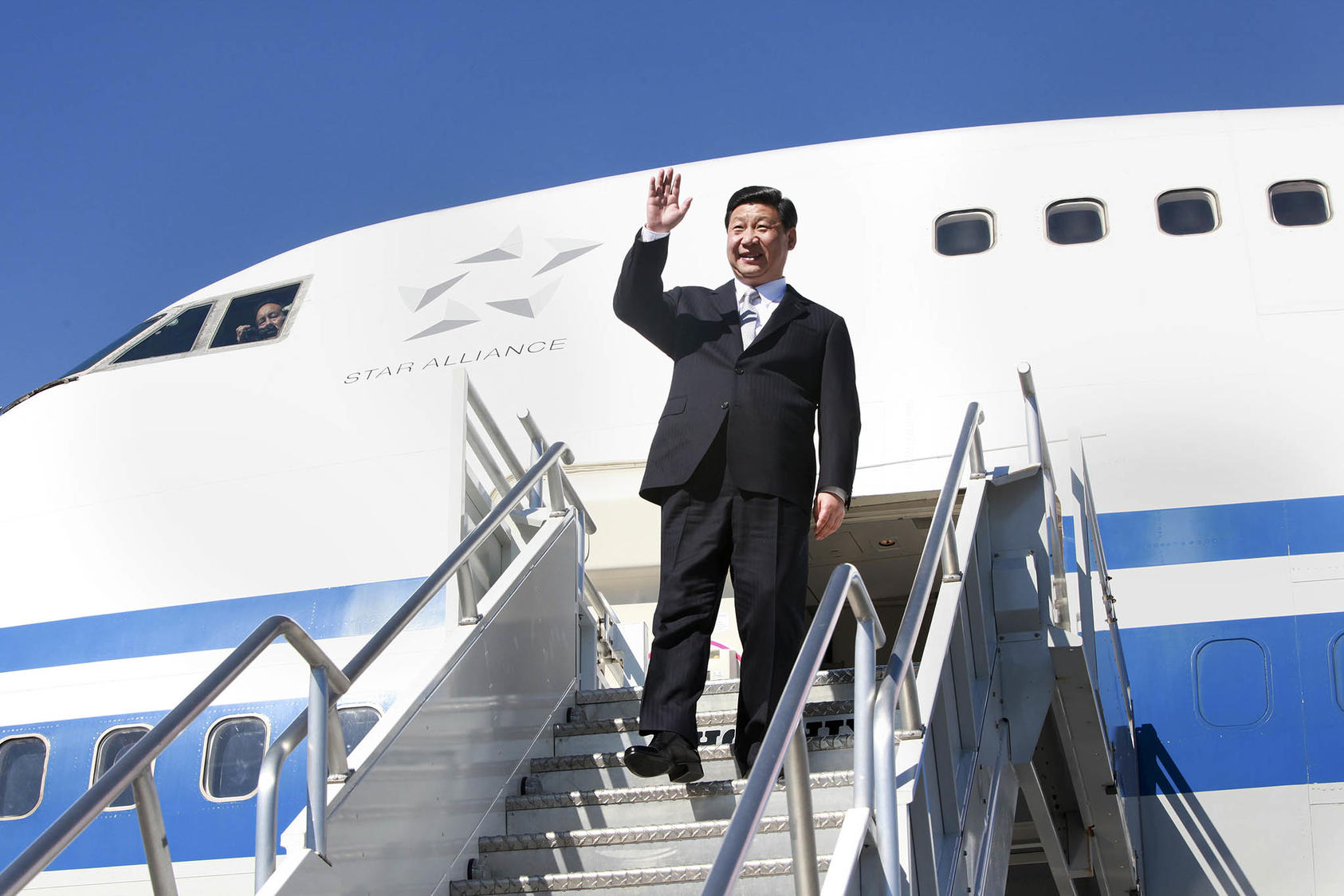 These reports were plausible for four reasons. First, the timing seemed propitious. Second, the COVID pandemic seemed to be easing, making Xi more inclined to go overseas. Third, the Saudi leadership was keen on a visit. Fourth, China’s top leader was eager to resume international travel with a high-level boom in a key geostrategic region of the world like the Middle East. So why is Xi headed for Central Asia instead?

Above all, Xi is fully engaged in the final phase of his preparatory campaign for the Chinese Communist Party’s (CCP) most important conclave in a decade. In addition to holding the post of Chinese head of state, Xi is also the general secretary of the CCP. In effect. because China is a party state in which the CCP dominates everything, Xi’s position in the party matters far more than his state office. The 20th Party Congress of the CPC is due to begin on October 16 and Xi is running for an unprecedented third term as head of the CPC. The outcome of the election may be beyond doubt, but that doesn’t mean Xi takes his win back for granted.

He wants to ensure that the high-level official gathering itself is meticulously staged and that the months leading up to the event showcase Xi’s domestic achievements and highlight his international stature. To that end, in recent months Xi has begun to emerge from his COVID cocoon. In July, he paid a rare visit to the Xinjiang Uyghur Autonomous Region. In late June, Xi traveled to Hong Kong to preside over festivities commemorating the 25th anniversary of the former British colony’s transfer to a Special Administrative Region (SAR) of China and personally swore in the latest handpicked chief executive. of the SAR – his first in-person appearance outside mainland China since January 2020.

Second, Xi is starting to feel safer, believing he is now reasonably well protected against the virus as long as he takes his precautions. Just as large numbers of citizens of the People’s Republic of China (PRC) have been locked down for extended periods over the past two years to counter COVID-19, Xi has been sheltered inside a protective bubble to isolate themselves from the pandemic. Although it appears Xi has been vaccinated and is in fairly good health, the 69-year-old dictator remains worried about catching the virus and has therefore limited his exposure to others and drastically reduced his vigorous domestic and foreign travel schedule pre -COVID. Most of his 2022 interactions with foreign leaders — like his August one-on-one with President Joe Biden — were conducted virtually. There have been exceptions, but all in-person encounters have taken place on Chinese soil – notable encounters include with Russian leader Vladimir Putin in February on the sidelines of the Beijing Winter Olympics and, most recently, at the end of July , with Indonesian President Joko Widodo. Xi’s last overseas trip was in January 2020, when the Chinese leader visited neighboring Myanmar.

Xi’s travels and appearances in recent months, both public and private, are being managed to limit risks to his health. Of course, even under normal circumstances, Xi’s meetings and events are carefully scripted and tightly choreographed to ensure China’s top leader is both safe and presented in the best possible light. But those efforts have been stepped up in recent months to minimize his direct contact and exposure to viruses as he begins to venture beyond Beijing. Ahead of Xi’s recent layover in Hong Kong, thousands of guests and staff at venues he was scheduled to attend were subjected to daily COVID tests and multi-day quarantines. Moreover, Xi didn’t even spend the night in the SAR, but retreated to what was presumably considered a safer place – a state guesthouse in the nearby Shenzhen Special Economic Zone.

Gathering at the crossroads of competition

Third, Saudi leaders are keen for the Chinese leader to visit the kingdom. Last March, Riyadh reportedly extended an official invitation to Xi. The PRC leader’s visit would underscore Saudi Arabia’s status as a regional broker with increasingly global reach. A high-profile visit by Xi would demonstrate that Riyadh has an important and powerful set of friends outside its neighborhood. As the title of a recent report points out, the Middle East has become the global “crossroads of competition” where the United States, China and Russia vie for geopolitical influence and geoeconomic advantage.

Yet Middle Eastern states, including Saudi Arabia, are not passive players and actively seek to leverage great power competition for national benefit. Riyadh’s relations with Washington have cooled considerably following the 2018 murder of Washington Post journalist Jamal Khashoggi and the publication of a US government report indicating that Crown Prince Mohammed Bin Salman (commonly known as MBS) had approved the operation. China’s valueless diplomacy allows Beijing to ignore such outrages and Riyadh returns the favor. As President Biden has sought to move beyond the chill in relations, his July visit to Saudi Arabia was noticeably tense, as seen in an image of an awkward fist bump between the head of state American and MBS. A state visit by PRC leader Xi would send an unmistakable signal to Washington that Riyadh has options. The visit would not only carry significant symbolism, but would be underpinned by the reality of considerable trade and investment activity and remarkable security cooperation between Saudi Arabia and China.

Fourth, Xi himself is eager to be treated on the red carpet, which would make him look like a statesman and highlight the great deference given to China in the world, and for Xi to take personal credit for China’s rise and status. A late 2022 or early 2023 visit to Saudi Arabia would implicitly put the Chinese leader on equal footing with the world’s most powerful head of state. Furthermore, Xi will likely be received with far more pomp and circumstance than Biden and will almost certainly benefit from all the ceremonial trappings of a state visit, which Washington sought to avoid during Biden’s visit. The video feed of a Xi visit would saturate Chinese TV screens and the internet, and photo ops would fill the print media. The outcome would further bolster Xi’s nearly unassailable advantage in the Party Congress. To be clear, the official announcement of the visit has yet to be made, but Xi will likely be looking forward to visiting Riyadh in the near future.

Such a trip by Xi would be to a key Chinese partner in a region of considerable geostrategic importance to China. Besides being a major source of oil, Beijing sees Riyadh as a stable, trustworthy and reliable friend in a particularly volatile region. Moreover, Xi’s cordial relationship with Saudi Arabia’s most visible and vigorous senior leader, MBS, contrasts with Biden’s strained personal ties.

Moreover, the Middle East looms large as the central arena of geopolitical competition and the visit allows Xi to demonstrate that China is now a major player in a region where, in recent history, Beijing has tended to be absent and has long given ground in Washington, Moscow and other non-regional capitals. Welcoming Xi to Riyadh would signal to the CCP’s 96 million members and 1.4 billion Chinese that their country has become a major player in the Middle East and, by extension, a global power since only substantial outside countries get land in the region.

Moreover, Saudi Arabia would be an ideal destination for the Chinese leader, as Xi will be guaranteed that he will not face uncomfortable subjects behind closed doors, that he will not face criticism from his hosts in front of the cameras or that he will not deal with embarrassing questions from journalists. Even when it comes to Beijing’s crackdown on Chinese Muslims, especially its harsh crackdown on the Uyghur minority, Xi can be sure Saudi leaders won’t talk about it. Indeed, Beijing continues to work extremely hard to shield itself from public criticism from Muslim countries like Saudi Arabia with remarkable efficiency. Of course, in return, China does not question the human rights record of countries like Saudi Arabia.

Why Central Asia and not Riyadh?

Since there doesn’t seem to be a problem with Xi visiting Saudi Arabia, why hasn’t the Chinese leader visited Riyadh yet? While the answer isn’t completely clear, circumstantial evidence suggests that Xi continues to be concerned about recurring waves of COVID in China and is more comfortable traveling to a foreign destination closer to home. It appears that his first trip abroad in more than two and a half years will be to attend the annual Shanghai Cooperation Organization (SCO) Heads of State Summit in Samarkand, Uzbekistan, on 15-16 september. This foray into Central Asia will still allow Xi to watch every square inch of the statesman appearing in carefully curated events with multiple foreign leaders. Of particular note is the possibility of directly engaging his closest international counterpart, Vladimir Putin. Xi has met the Russian dictator more frequently than any other foreign leader. Moreover, Xi is assured of a grand welcome at a regional multilateral forum that China spearheaded the creation 21 years ago and remains the most important member state.

The CCP’s inability to eradicate the pandemic at home has become not only an embarrassment but also a source of popular disaffection in China. Moreover, Xi is directly associated with the “zero COVID” policy on which the party has publicly staked its credibility. Expressions of individual anger and collective frustration seem directed less at the CCP’s inability to eradicate the pandemic and more at the hardships people are facing due to the draconian party-state lockdowns imposed somewhat arbitrarily in cities. and localities in China. Xi most likely feels that he cannot afford to be considered for an extended stay abroad any further while the Chinese people are enduring great hardships at home.

The Chinese leader may also fear contracting COVID or another illness on a long trip. As the Party Congress approaches, Xi is almost certainly focused on staying healthy. When the curtain rises on the CCP’s five-year gathering, the leader wants to look like the embodiment of a vigorous and dynamic dictator who is fully prepared to lead his party and people for a third five-year term.

A trip by Xi Jinping to Saudi Arabia is almost certainly still planned, but is likely on hold until he is reconquered in October. In the meantime, Samarkand beckons.