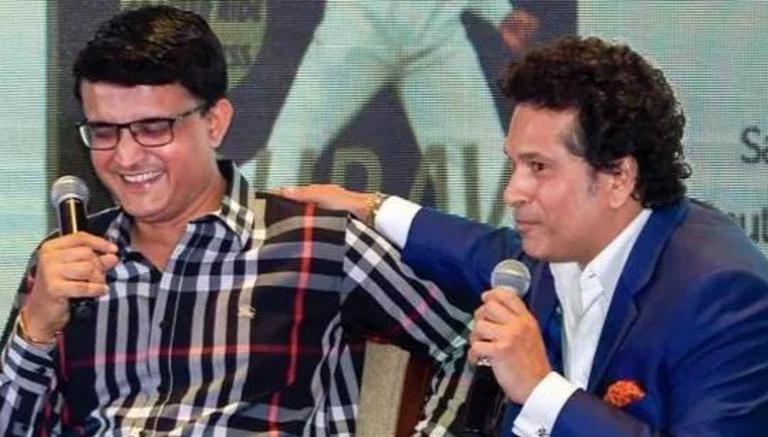 Sourav Ganguly is one of the finest captains to have captained India during his playing days and it was under his leadership that Men in Blue reached the 2003 World Cup final in South Africa. However, even before Ganguly was appointed skipper, Team India was going through tough times including a saga of match-fixing and poor performance on the pitch under Sachin Tendulkar.

Sachin Tendulkar was named captain of the Indian team after the 1999 World Cup. However, the poor show of the Australian tour combined with the home loss to South Africa put the little master under pressure. Following Tendulkar’s decision to leave his post, Anil Kumble and Ajay Jadeja were the first to take the job, however, it was Sourav Ganguly who sat in the hot seat.

Ahead of Sourav Ganguly’s birthday, Sachin Tendulkar spoke to PTI and gave an insight into Ganguly’s appointment as Team India skipper. During the interview, Sachin revealed, “Sourav was a great captain. He knew how to maintain a balance – between giving the players freedom and giving them certain responsibilities. When he took over, Indian cricket was in a phase transition. We needed the next group of players who could establish a platform to propel India forward.”

The Master Blaster during the interview further revealed that ahead of the 1999 Australian tour, he was clear who would be the next Team India skipper once he decided to step down as captain. He revealed: “Before resigning, during the Indian tour in Australia of which I was the captain, I had suggested Sourav to be appointed vice-captain of the team. I had seen him up close, played in cricket with him and I knew he had the right qualities to take Indian cricket forward. He was a good leader, so I recommended his name.”

Sourav Ganguly’s birthday: A look at the career of the former Team India skipper

Sourav Ganguly under his captaincy led India to 21 Test wins in 49 games and 76 ODI wins in 146 games. It was under Ganguly’s guidance that India ended Australia’s 16-game winning streak in 2001. He also led the Indian team to a three-way NatWest series win in England in 2002. Speaking of stats, Sourav Ganguly played 113 Tests and 311 ODIs between 1992 and 2008 to aggregate over 18,000 international runs. The former India captain is currently the chairman of the BCCI after being appointed to the position in October 2019. Previously, he served as the chairman of the Cricket Association of Bengal (CAB) between 2015 and 2019.