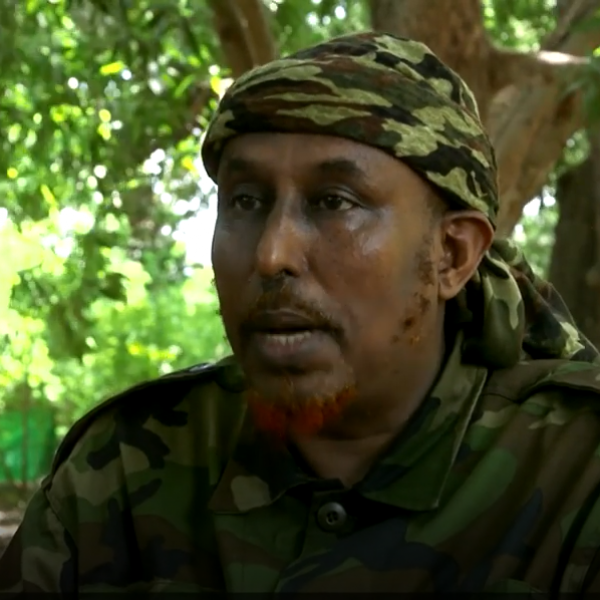 MOGADISHU, Somalia – In another jaw-dropping interview, a senior al-Shabaab commander insisted the group is still “very strong” and determined to “take back” the country from the current rulers, saying “they don’t showed no direction” to the people.

For more than a decade, the al-Qaeda group, which controls vast rural swathes of central and southern Somalia, has grappled with the fragile UN-backed Somali administration, which has struggled to impose its authority in the Horn of Africa nation.

Mahad Karate, the deputy leader of Al-Shabaab who also controls the group’s intelligence wing known as Amniyat, told Channel 4 News’ Jamal Osman that “we are not done yet and cannot not be intimidated”. It was one of the major’s open interviews in as many months.

Although it is not clear where their interview was conducted, the surroundings suggest that she may be by a river on the outskirts of the town of Jilib located in Middle Jubba. The city, which was thought to be impenetrable, has been the group’s capital for years.

Al-Shabaab’s commander called the Somali government “weak and inconsequential” and vowed to mobilize “liberation” soldiers to overthrow it. He also warned “foreign troops” against “murdering” civilians in the beleaguered Horn of Africa nation.

When he took office last week as the 10th President of the Federal Republic of Somalia, Hassan Sheikh Mohamud insisted that “my first task is to work with the stakeholders to defeat Al-Shabaab”. The new president accused the group of extorting local farmers, some of whom have since moved to camps for the displaced.

The president’s announcement came shortly after the Pentagon confirmed the redeployment of troops to Somalia as part of President Joe Biden’s counterterrorism approach. The United States is expected to deploy nearly 500 troops, more than a year after the Donald Trump administration repositioned troops.

The Pentagon said “our sole purpose in Somalia is to support the Somali National Army and the African Union Transition Mission by training and equipping them.” The role of American soldiers in Somalia has often been questioned due to casualties resulting from their frequent airstrikes.

Basically, US Africa Command is key in training and equipping Danab Special Forces, a contingent within the Somali National Army. Danab troops with air assistance from US troops helped take down Al-Shabaab militants

Mahad Karate, the chief financial coordinator, has been on US radar for years now, with US troops missing him due to airstrikes, as has current leader Ahmed Diriye. The United States placed a $5 million bounty on his head, but efforts to find him were futile for some time.

A report released by the United Nations revealed that Al-Shabaab operatives with a budget of nearly $100 million a year, mostly extortion from local businesses and foreign donations. Of this amount, nearly $24 million is earmarked for the purchase of sophisticated weapons.

The group has consistently targeted security forces, government officials and civilians in Somalia and across borders. Kenya, which is part of the African Union transition mission [ATMIS] troop-contributing countries, is one of the countries most affected by Al-Shabaab raids.

Last month, militants attacked the forward operating base of El-Baraf, which is manned by Burundian troops, killing more than 30 soldiers. The United States promised the new administration that it would work closely with indigenous troops to ensure that Al-Shabaab was significantly degraded.