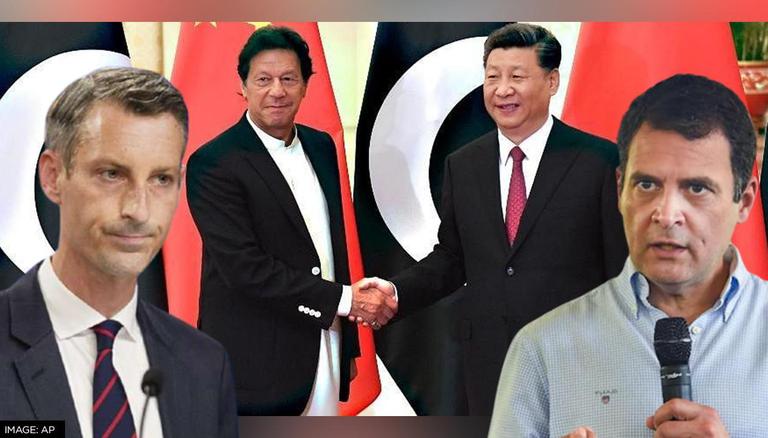 On Wednesday, Congress leader Rahul Gandhi stoked a fresh row in Lok Sabha and claimed that China and Pakistan “are closer than ever” due to the Modi government’s “ineffective policies”. Following his statement, the US State Department reacted strongly and refused to endorse his words. Asked about Gandhi’s remarks, US State Department spokesman Ned Price said it was up to Pakistan and China to talk about their relationship. Price was adamant that he disagreed with the remarks, news agency ANI reported.

“I will leave it up to the Pakistanis and the PRC to talk about their relationship. I certainly will not endorse these remarks,” Ned Price said.

“China and Pakistan united by the Modi government”: Rahul Gandhi

During his speech at Lok Sabha, Rahul Gandhi said that China and Pakistan “joined hands”. Gandhi attacked Prime Minister Modi and his administration for failing to achieve India’s “biggest” strategic foreign policy goal of keeping the two countries apart. He claimed it was the “greatest crime committed against the people of India”.

“What you did was you brought them together,” said Rahul Gandhi

“Look at the weapons they buy, the countries they talk to. The country is in danger, it is in danger from within. I am very uncomfortable with the current situation in my country,” a- he added.

The Chinese have a very clear vision of what they want to do. The main strategic objective of Indian foreign policy has been to maintain the separation between Pakistan and China. What You Did Is Bring Them Together: Congressman Rahul Gandhi in Lok Sabha pic.twitter.com/hcHjiuFl9m

Reacting to his statements, External Affairs Minister S Jaishankar strongly criticized Rahul Gandhi and said China-Pakistan relations are older than the Modi government. He referred to several historical events concerning China and Pakistan. Jaishankar said that in 1963 Pakistan illegally ceded Shaksgam Valley to China and built Karakoram highway through PoK in 1970s. Further, he claimed that since 1970s , China and Pakistan also had close nuclear collaboration. Besides, Jaishankar also talked about 2013 when the China-Pakistan Economic Corridor started.

Rahul Gandhi alleged in Lok Sabha that it was this government that brought Pakistan and China together. Perhaps a few history lessons are in order:

-China built the Karakoram Highway through PoK in the 1970s.

-From the 1970s, the two countries also had close nuclear cooperation.

-In 2013, the China-Pakistan Economic Corridor started.

So ask yourself: Were China and Pakistan distant then?