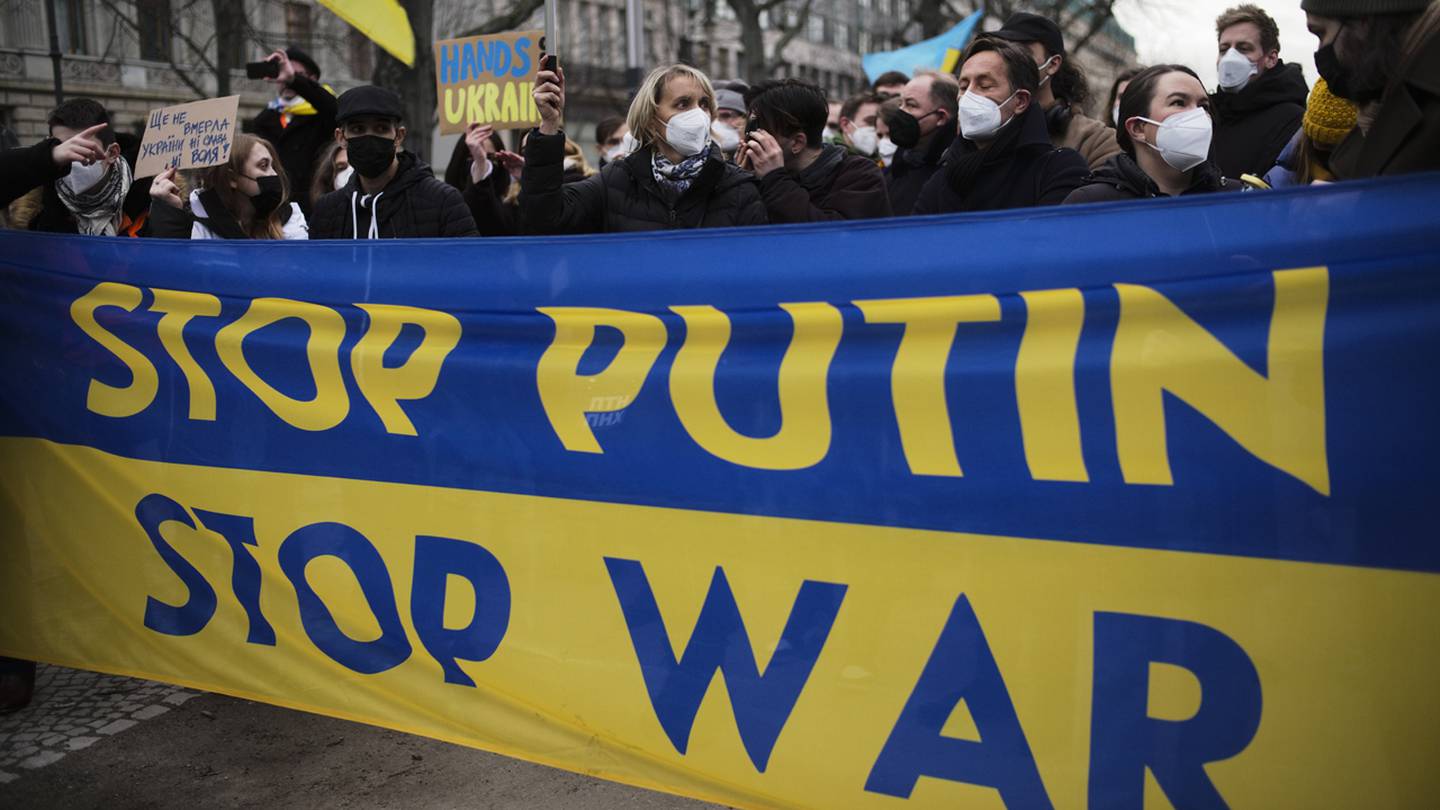 On Monday, Russian President Vladimir Putin signed a decree recognizing the self-proclaimed Donetsk People’s Republic and the Luhansk People’s Republic in eastern Ukraine. The move prompted US President Joe Biden to announce on Tuesday his intention to enact the “first tranche” of sanctions against Russia.

Here are the latest updates:

Update at 7:05 a.m. EST on February 23: Ukraine’s National Security and Defense Council said on Wednesday it was asking the country’s parliament to declare a 30-day state of emergency, which could be extended later, CNN reports.

Lawmakers are expected to approve the move, which would apply to all regions except Donetsk and Luhansk, within the next 48 hours, according to the outlet.

Meanwhile, the Ukrainian Foreign Ministry has urged citizens to refrain from traveling to Russia, The Guardian reported. All Ukrainians currently in Russia should leave immediately, officials said.

Update at 5:20 a.m. EST on February 23: During his general audience on Wednesday, Pope Francis said his “heart hurts” over the worsening situation in Ukraine.

“Despite the diplomatic efforts of recent weeks, more and more alarming scenarios are opening up,” the pope said, according to a reading on the of the Vatican website. “Like me, many people around the world feel anguish and concern. Once again, the peace of all is threatened by partisan interests. I would like to appeal to political leaders to consider seriously their conscience before God, who is the God of peace and not of war, who is the Father of all, not just the few, who wants us to be brothers and not enemies. I pray that all parties involved refrain from any action that would cause further suffering to the people, destabilize coexistence between nations and discredit international law.

He also called on everyone to “dedicate themselves intensely to prayer and fasting” for peace on March 2, Ash Wednesday.

“May the Queen of Peace save the world from the madness of war,” he said, according to the reading.

Second day of prayer and fasting for peace in #Ukraine requested by Pope Francis in two months: the next will be Ash Wednesday, March 2.
“I have great pain in my heart about the deteriorating situation in Ukraine… pic.twitter.com/ECaacHEEfb

“We can see the difficult international situation and the threats posed by current challenges, such as the erosion of the arms control system and the military activities of NATO. And yet, Russia’s calls to build an equal and indivisible security system that would reliably defend all countries, remain unanswered,” Putin said in the message, which was released for Russia. Defender of the Fatherland vacation.

“Our country is always open to direct and honest dialogue and ready to seek diplomatic solutions to the most complicated problems,” the statement continued. “But I want to repeat that the interests of Russia and the security of our people are an indisputable priority. Thus, we will continue to strengthen and modernize our army and navy, striving to increase their efficiency, so that they are equipped with the most advanced equipment.

“The first decisive steps were taken yesterday, and we are grateful for that,” Kuleba tweeted on Wednesday. “Now the pressure must intensify to stop Putin. Hit his economy and his buddies. Hit more. Hit hard. Strike now.

To prevent Putin from continuing his aggressions, we call on our partners to impose more sanctions on Russia now. The first decisive steps were taken yesterday, and we are grateful to them. Now the pressure must intensify to stop Putin. Hit his economy and his buddies. Hit more. Hit hard. Strike now.

Ukrainian lawmakers also voted to approve sanctions against more than 350 Russians, including restrictions on entry into the country and access to assets, The Guardian reported.

Update at 1 a.m. EST on February 23: Australia and Japan have announced new sanctions against Russia.

According to The Associated PressAustralian Prime Minister Scott Morrison said on Wednesday the country would impose sanctions and travel bans on eight members of Russia’s Security Council. Australia will also expand its previous sanctions to include two Russian banks, the PA reported.

Meanwhile, Japanese Prime Minister Fumio Kishida announced on Wednesday that Japan would ban the new issuance and distribution of Russian bonds in the country, according to the outlet. In addition, Japan will ban trade with Donetsk and Luhansk – the two rebel regions of Ukraine – as well as suspend the issuance of visas and freeze the assets of people linked to these areas, the PA reported.

– The Associated Press contributed to this report.