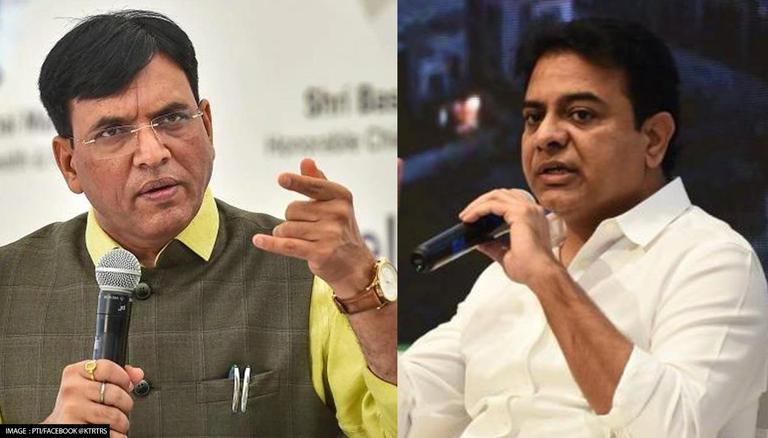 New Delhi, Aug 29 (PTI) After Telangana Minister KT Rama Rao alleged that Prime Minister Narendra Modi failed to sanction any medical college for the state, Union Health Minister Mansukh Mandaviya said Monday that no formal proposal had ever been received from the state for the creation of new medical schools there.

IT and Industries Minister KT Rama Rao, who is the son of Chief Minister K Chandrashekar Rao, in a series of tweets on Sunday said the Chief Minister had sanctioned 16 new medical colleges and 13 others are in preparation for.

“Now let me tell you how many medical schools our Prime Minister Modi Ji has sanctioned in Telangana – zero,” the TRS chief said.

In response, Mandaviya said in a tweet on Monday, “How many medical school proposals have been sent by your Telangana state government? ‘Zero’.” He further said that Prime Minister Modi had sanctioned the largest number of government medical colleges in the shortest possible time, “without bias, towards the states that made proposals”.

Reacting to Mandaviya’s tweet, KTR released two communications from former Union health ministers to the state government in 2015 and 2019.

“I would like you to have a review before choosing to respond. Attached are your predecessors’ responses to the Telangana Health Ministers’ inquiries of 2015 and 2019.” “Telangana government always asked for medical colleges but the fact is your government delivered ZERO,” he said.

In response to KTR, Mandaviya released a previous communication from his predecessor Harsh Vardhan in August 2019 to Telangana requesting him to send a detailed project report on the state government’s request for the upgrading of existing district hospitals into faculties of medicine in two districts of Telangana according to the guidelines to be considered.

He also attached a response given to Parliament in December 2021.

“With all due respect, please read the 3rd paragraph of my predecessor’s letter and the response recently given to Parliament. Please try to understand that the Center has always requested and guided the State of Telangana to send a proposal formal with DPR according to the scheme requirements,” he said.

The Ministry of Health and Family Welfare administers a centrally sponsored program for the establishment of new medical schools attached to existing district/referral hospitals.

Mandaviya in a separate tweet pointed out that there is a difference between sending a simple letter and a formal proposal as per program requirements. PTI PLB GDK SMN SMN