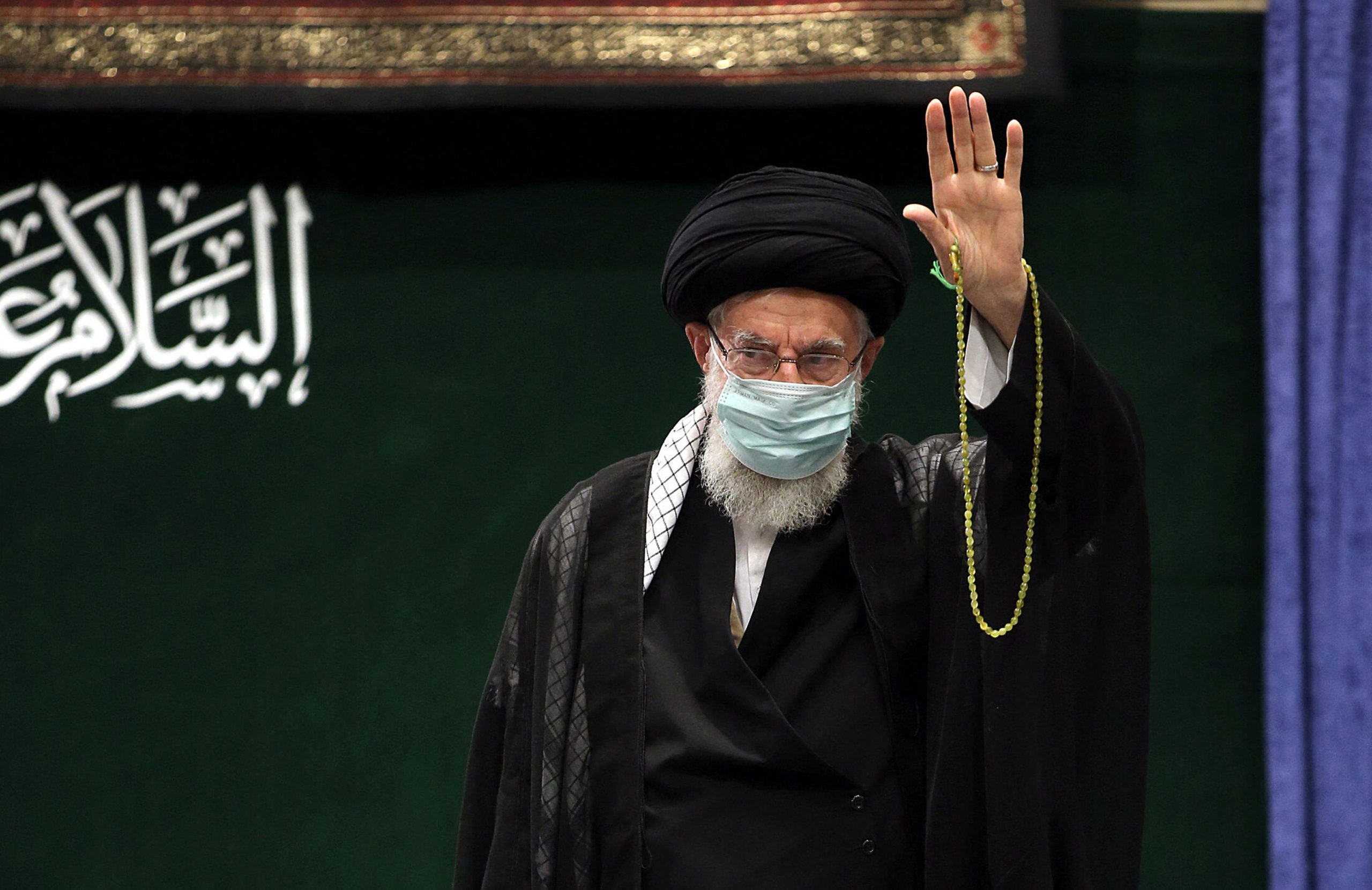 On September 17, however, eighty-three-year-old Khamenei reappeared briefly to address a group of students, ending the rumors after a two-week period in which he had not been seen. in public and had canceled several scheduled appearances.

Reports of his poor health and possible demise have sparked curiosity about who would succeed Khamenei and how the process might unfold.

In Iran, there are legal proceedings and then there is realpolitik.

According to the constitution, the Assembly of Experts – a group of eighty-eight senior clerics vetted by another clerical body and then approved in popular elections – chooses a new paramount chief when the incumbent dies or is otherwise incapacitated. In reality, a decision so important for the survival of the Islamic Republic and its elite is determined in advance and in secrecy.

The position of Supreme Leader is unique in the Muslim world, where secular figures are usually in charge and there is a separation between mosque and state. The post was created by and for the leader of the 1979 Islamic Revolution – Ayatollah Ruhollah Khomeini – and grants massive powers to its occupant. The system, devised by Khomeini while in exile in the 1960s and 1970s, is known as the Velayat-e Faqih or the rule by the jurisprudent. The Chief is the commander-in-chief of the armed forces, appoints the heads of all military branches and the head of the judiciary, and has the final say on all major policies. The Supreme Leader also appoints half of the members of the Guardian Council, a twelve-man body that monitors Iranian politics by vetting candidates for elective office, including the Assembly of Experts, the presidency and parliament.

In its forty-three-year history, the Islamic Republic has seen only one prior transition for supreme leader, which occurred after Khomeini’s death in 1989. Khomeini had appointed a successor, l Ayatollah Hossein Ali Montazeri, a respected religious authority and supporter of the revolution. . But Khomeini changed his mind at the last minute after Montazeri harshly criticized the leader for authorizing the summary execution of 4,500 to 5,000 political prisoners in 1988 at the end of the 1980-88 Iran-Iraq war. Montazeri was fired and then placed under house arrest. No new successor has been named.

Upon Khomeini’s death, the Assembly of Experts was nominally tasked with choosing a successor, much like the Roman Catholic College of Cardinals choosing a new pope. But Ali Akbar Hashemi Rafsanjani, the powerful speaker of parliament at the time and a close aide to Khomeini for decades, orchestrated the rise of then Iranian President Ali Khamenei from behind the scenes. The constitution was amended to allow for a supreme leader with less than stellar religious credentials (Khamenei was just a Hojatolislam or middle-ranking clerics at the time), the post of prime minister was abolished and the presidency – then a weaker position – was given executive power. The Assembly of Experts endorsed Khamenei, who resigned from the presidency. Rafsanjani then ran twice successfully for the presidency.

Initially the most dominant figure, Rafsanjani lost power over time, as Khamenei – elevated to ‘ayatollah’ status after his selection – felt comfortable in his new role. Khamenei cultivated the Islamic Revolutionary Guard Corps (IRGC) in particular, making up for its lack of clerical knowledge and popular appeal. The IRGC has since become such a strong force in Iran – in the economy as well as in the security establishment – that it probably has even more say in who becomes supreme leader than the Assembly of Experts or other elite groups.

For years, rumors had been circulating that a shortlist of names was being reviewed by a small committee within the Assembly of Experts. The Atlantic Council wrote about the suitors in 2019 in a briefing – “After Sistani and Khamenei: Looming Successions Will Shape the Middle East” – which also looked at possible successors to Ayatollah Ali Sistani in Iraq. Of the six men listed at the time as possible successors to Khamenei, one died – former intelligence minister Mohammad Reyshahri – and three – Hassan Rouhani, former president, Hassan Khomeini, grandson of the first supreme leader, and Sadegh Larijani, a former head of the judiciary – were sidelined for various political reasons. That left only two people: Iran’s current president, Ebrahim Raisi, and Khamenei’s second son, Mojtaba.

Raisi, who was elected in June 2021 by the lowest percentage of supporters in the history of the Islamic Republic, has struggled to gain popularity. Raisi is burdened by his experience as one of the prosecutors who approved the summary executions of the 1980s and was also brutal as an appointed head of the judiciary before becoming president. As of this writing, Iran has failed to return to compliance with the 2015 nuclear deal, and its economy remains hampered by sanctions and endemic corruption and mismanagement. The Raisi administration has also been extremely repressive, crushing protests, arresting opponents ranging from filmmakers to bus drivers and stepping up harassment of women who “violate” the hijab. On September 16, a young woman, Mahsa Amini, was killed by so-called vice police who arrested her, sparking further nationwide protests and international outrage.

The other candidate for the post of Supreme Leader, Mojtaba Khamenei, also has a dark record in terms of human rights. He rose to prominence in 2009, orchestrating the election fraud that gave President Mahmoud Ahmadinejad a second term and managing the crackdown on post-election protests known as the Green Movement. Mojtaba is extremely close to the IRGC leadership and also knows intimately the financial networks under the Supreme Leader’s control. This has led some to believe that Mojtaba has long been in demand to succeed his father, awkward as that may seem in a country that has seen a bloody revolution to overthrow two millennia of monarchical rule. It is telling that only in recent weeks Mojtaba – who is not a renowned religious scholar like his father – has been branded an ayatollah.

Whoever succeeds Khamenei, that person will have been thoroughly vetted for their loyalty to the Islamic Republic and its practices. But a change at the top will always open the prospect of a different approach over time, if only because the region of Iran and the world as a whole are not static. The people of Iran have also evolved considerably since the 1979 revolution and will pressure any new leader to somehow adapt to these changes.

Barbara Slavin is the director of the Iran Future Initiative at the Atlantic Council. Follow her on Twitter: @BarbaraSlavin1.

An uncertain future for Iran under a minority president

On June 21, 2021, the Atlantic Council’s Iran Future Initiative hosted an event to discuss the implications of the June 18 Iranian presidential elections for U.S.-Iranian relations. Read the main takeaways.

Image: Iran’s Supreme Leader Ayatollah Ali Khamenei attends a ceremony marking the Arbaeen, which marks 40 days after the holy day of Ashura commemorating the seventh-century murder of the Prophet Mohamed’s grandson, the Imam Hussein ibn Ali, in the capital Tehran. The American newspaper “New York Times”, citing the report of knowledgeable sources in Iran, had announced that the Supreme Leader of Iran, Ayatollah Ali Khamenei, was in a hospital bed after falling extremely ill last week. last, and was currently being cared for by a team of trusted doctors. Tehran. Iran. September 17, 2022 Photo by Salampix/ABACAPRESS.COM