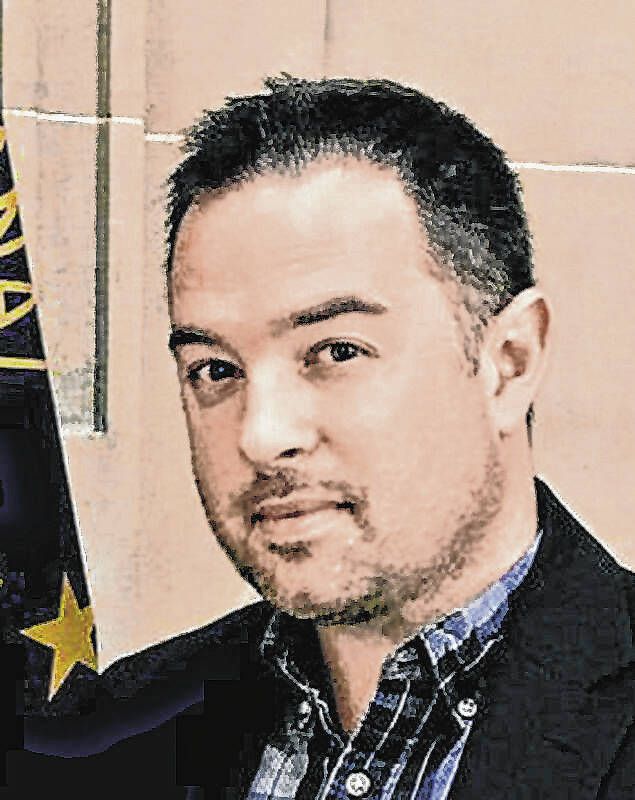 The Indiana Public Access Advisor recommended in an advisory opinion that Bartholomew Consolidated School Corp. is reconsidering its school board public consultation procedures after a complaint from a BCSC school board nominee.

Britt said the BCSC’s policy was “too narrow an interpretation” of a state law regarding public comment at school board meetings.

However, it should be noted that Britt’s advisory opinion does not constitute a legal decision against the school board and does not mean that the BCSC must change its public comment procedures.

“It’s just advice and practical advice,” Britt said in an interview with The Republic. “These opinions often influence policy, but they are not a mandate. Just suggestions and recommendations.

Superintendent Jim Robert said he was surprised by Britt’s conclusion because the school corporation believed its policy was appropriate and reasonable under state law. When recent legislation regarding public comment at school board meetings went into effect, the school corporation consulted with various legal advisors, both locally and statewide, and received confirmation that their policy was sufficient. .

“I have spoken to Luke Britt, the Public Access Advisor, since this notice came out, and Luke assures me that this does not conclude that our school board is non-compliant,” Roberts said. “It is not a directive that we change the policy that we have. It’s just him providing an opinion that can perhaps guide a deeper dialogue about how policies are made versus the law that is new and that everyone is trying to understand at this point.

The school board will review the advisory opinion and determine what next steps are “necessary and/or appropriate,” Roberts said. BCSC may also ask Britt to attend a board meeting and further explain his opinion.

Grow said he supported the conclusion Britt had come to and that while it was just an opinion, he thought it “carried weight”.

“I think it’s disappointing that such an issue had to be brought to the state level to be properly addressed,” he said. “I hope we can come back to the community. And I fear a challenge to the opinion of our current board of directors. I think that would be very irresponsible. They’ve probably already spent thousands of BCSC taxpayer dollars in legal fees to refute the claim that parents and community members should be able to publicly address their elected school board on issues. relevant. And we don’t need the possibility of more of our money being spent on lawsuits.

According to the advisory notice issued by the Public Access Advisor, Grow filed a formal complaint on August 16 alleging that the school board violated Indiana’s Open Door Law by limiting public comment to points at l ‘agenda.

Grow, who then filed for the school board on August 24, has spoken at several board meetings on topics including COVID-19 policies, masks, transparency, communication, and inappropriate material in schools. school libraries. As noted in the advisory opinion, on May 9, 2022 and “several times since then”, the council denied his request to discuss the “programme” as it was not on the agenda. Grow said he interpreted the term to refer to both classroom curriculum and library materials.

The board filed a response to Grow’s complaint with Britt on Sept. 19, saying its policy is consistent with a recently implemented state law on school board public consultation policies.

This response includes more than 20 different instances of responding to Grow at board meetings and outside of meetings, and the responses given to it, including the name of every BCSC official who corresponded by e -mail or meet Grow for in-person meetings.

In one of the responses, after BCSC administrators repeatedly responded to Grow about his complaints about certain books in school libraries, the administrators said he began emailing directly librarians and school principals.

The school board also said it had “engaged with Grow in an alternative way to address their concerns.”

In reviewing the matter, the public access adviser wrote that agendas for public meetings are “completely optional” and that the law imposes no requirements on what agendas must look like or include.

“Therefore, if an agenda is superficial, or only lists generic action items – or if it never uses any at all – the audience has to guess what topics they are allowed to discuss and what might be banned for this particular meeting,” Britt said. “Furthermore, a school board may very well choose never to include uncomfortable or controversial items on the agenda, freezing viewpoints with which it disagrees. The purpose of the new legislation is to provide space for parents and community members to engage their representatives, even though outside voices can sometimes be misinformed or sometimes ill-intended.

BCSC has a detailed agenda that is posted several days before its meeting and is also posted in the administration building, which meets Indiana’s Open Door law requirements for meeting notification.

The adviser went on to say that “listening exercises” can benefit advice and provide an opportunity to counter misinformation. Conversely, he added that “neutralizing public comment often leads to more unrest and can court vaguer legislation”.

Britt added, however, that public comments shouldn’t be free for everyone; the topics presented must relate to matters that the board has the power to address. Boards can also impose rules on how feedback is given and restrict “disorderly behavior, unduly repetitive feedback or disruption”. The comment period, he said, should be “decent and professional”.

Additionally, Britt found in her advisory opinion that the school corporation had “made considerable efforts” to engage with Grow.

“It could very well be determined that his ongoing comments and approach could be seen as repetitive in subsequent meetings,” Britt wrote of Grow’s repeated interactions with BCSC. “Therefore, this notice is not a referendum on how the board has approached Grow specifically, but rather on its policy in general.”

When asked what he thought of this assessment, Grow replied that it was fair in context.

“At our local level, what I have been arguing to the board is that no one is refuting my claims,” ​​he said. “Nobody has the discussion. So in the context of Britt’s point, I think that’s absolutely — that’s right. But my argument would be that we need to discuss it. I need to stop talking to you, and we need to have a thoughtful conversation so we can do our best for BCSC.

The next school board meeting is Monday at 6:30 p.m. in the terrace room of the administration building. It will also be streamed live via YouTube. Items of note on the agenda include a staffing report and review of the 2023 budget, a bus replacement plan, tax rates and tax anticipation mandates for next year, among others.

Roberts said he doesn’t expect a change to the board’s procedure for public comment for Monday’s meeting because changing the policy would require review time to see what needs to be included. , as well as two readings for approval of the revised policy.