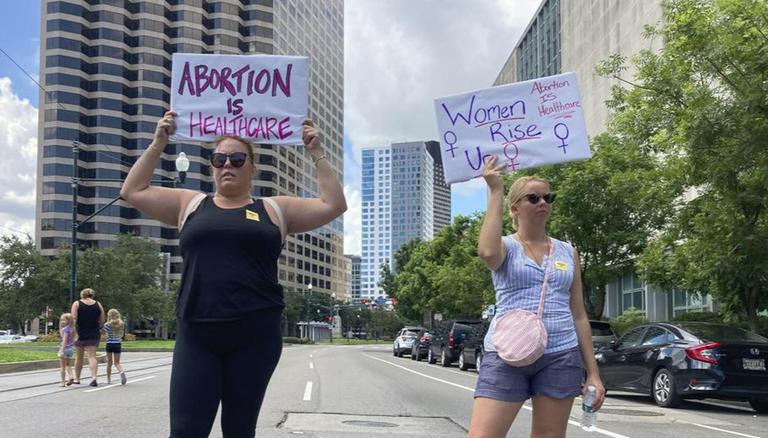 BATON ROUGE, La. (AP) — Authorities in Louisiana have again been blocked from enforcing the state’s near-total ban on abortion, this time under an order issued by a judge on Tuesday. Capital State.

The order temporarily blocks enforcement while lawyers at a northern Louisiana clinic and other abortion rights supporters file a lawsuit challenging the legislation.

The lawsuit originated in New Orleans, where a judge issued a temporary order blocking enforcement on June 27, just three days after the U.S. Supreme Court reversed its 1973 ruling establishing the right to nationwide abortion.

But a second New Orleans judge sent the case to Baton Rouge earlier this month (July 8), saying state law required it to be heard in the capital. Judge Ethel Julien then said that since the case was no longer going to be heard in her court, she had no authority to extend the temporary restraining order blocking enforcement.

Louisiana’s law includes “trigger language” that made it effective when the Supreme Court struck down abortion rights.

The lawsuit plaintiffs do not deny that the state can now ban abortion as a result of the Supreme Court’s decision, but they say the state’s current law is unconstitutionally vague. They argue that Louisiana now has multiple, conflicting trigger mechanisms in the law. They also argue that state law is unclear about whether it prohibits an abortion before a fertilized egg is implanted in the uterus.

And while the law provides an exception for “medically futile” pregnancies in cases of fetuses with life-threatening abnormalities, the plaintiffs note that it gives no definition of the term and that public health officials have yet to provided with a list of conditions that would be eligible. The lawsuit says state law is unclear about when the ban takes effect and the medical exceptions to it.