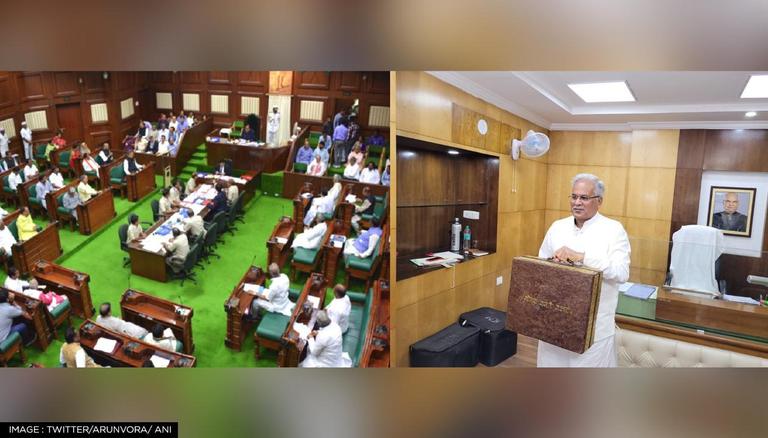 Chhattisgarh Chief Minister Bhupesh Baghel tabled the state budget in the Assembly on Wednesday, making important announcements regarding the 2022-23 financial year. Earlier in the day, the chief minister reached the Chhattisgarh assembly with a square-shaped briefcase made from cow dung.

Talking about some of the major announcements made in the Chhattisgarh Budget 2022-23, the state government announced the restoration of the old pension scheme followed by a proposal of Rs 2 crore for Chhattisgarh Rojgaar Mission and an increase in aid under Rajiv Gandhi Bhumihin Krishi Majdour Nyay Yojana.

Additionally, Chhattisgarh Budget 2022-23 included several other announcements regarding various sectors including employment, students, farmers, healthcare as well as urban and rural areas. As the Assembly session adjourned for tomorrow, the Chief Minister tabled a budget of Rs 1,04,000 crore for the financial year 2022-23. Read on for some of the biggest budget announcements.

One of Chief Minister Bhupesh Baghel’s key announcements during Wednesday’s budget session was the proposal to restore the old government employee pension scheme.

In another announcement, he also said that Rs 2 crore has been offered to Chhattisgarh Rojgaar Mission to work on opportunities to create new jobs by coordinating skills development programs.

Likewise, in another major announcement, the annual aid under Rajiv Gandhi Bhumihin Krishi Majdur Nyay Yojana has been increased from Rs 6,000 to 7,000 per year starting next year.

Some of the other major announcements also include a promotion and salary increase for police officers, constables working in Bastar Division, an increase in allowance for sarpanches from Rs 2,000 to Rs 4,000 per month and an increase in allocation of funds to MLA. from Rs 2 crore to Rs 4 crore.