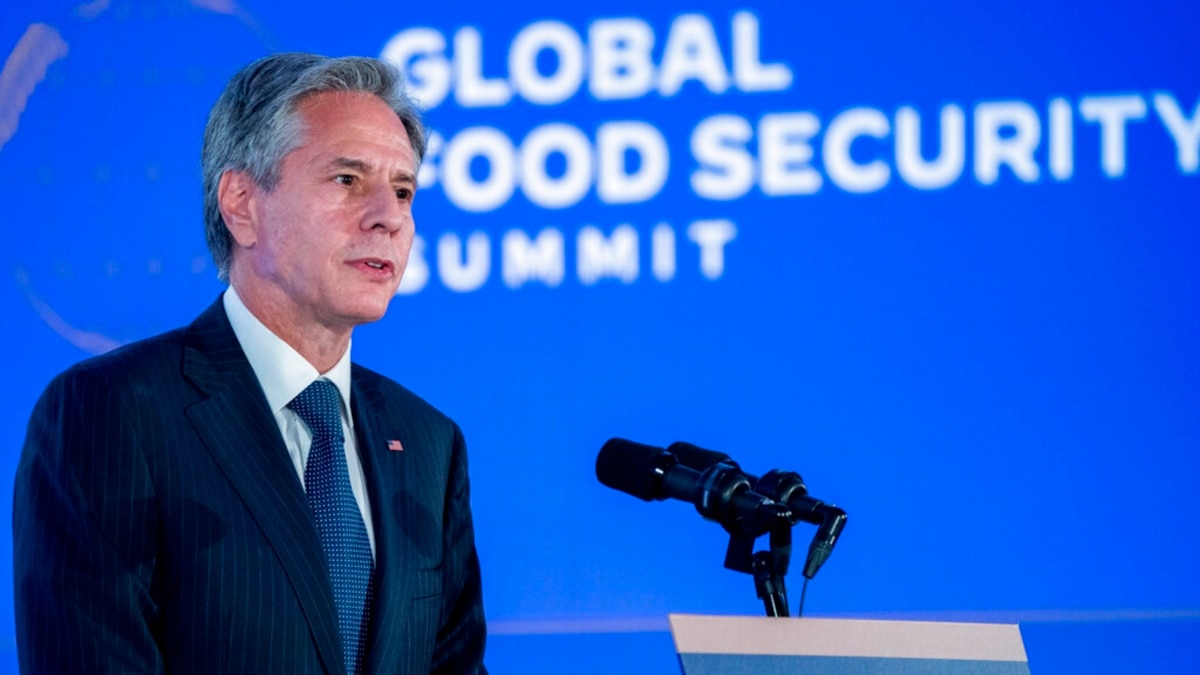 Here’s a look at what US Secretary of State Antony Blinken and other top diplomats have been up to this week.

The United States slapped Russian President Vladimir Putin’s decision to hold referendums on four occupied Ukrainian regions to join Russia, which was widely seen as a prelude to annexing those territories. US Secretary of State Antony Blinken has joined diplomats from other countries in speaking out against Russia’s invasion of Ukraine at the United Nations.

Blinken wrote in a Tweeter: “Any Russian ‘referendum’ in Ukraine would be illegitimate and an affront to the principles of sovereignty and territorial integrity that underpin the UN Charter, even as world leaders gather at #UNGA. “

The top US diplomat said Russia’s aggression worries “countries and people all over the planet”.

“I think it increases the pressure on Russia to end the aggression,” blinken saidafter being asked to comment on Indian Prime Minister Narendra Modi’s meeting with Putin on the sidelines of the Shanghai Cooperation Organization summit in Uzbekistan, during which Modi told Putin that “is no longer an era for war”.

The United States said reports of a mass grave containing more than 440 bodies in the eastern Ukrainian town of Izium are horrifying. The bodies were discovered after the town was recaptured from Russian forces. “It’s part, horribly, of the continuing and ongoing story,” Blinken said on Friday.

While the United States believes Russia is committing war crimes in Ukraine, Blinken explained why Washington decided not to designate Russia as a state sponsor of terrorism. “There are issues in the use of this particular vehicle, the state sponsorship of the terrorism designation, which can have unintended consequences that are not only unnecessary, but can even be harmful,” said Blinken at a press conference on Friday. The State Department is working with Congress to find another way to hold Russia accountable for its atrocities in Ukraine.

Ukraine claims that “torture centers” have been discovered in the recaptured territory; The UN wants to investigate the mass graves

Global food prices have risen dramatically due to supply chain disruptions and rising energy and fertilizer costs caused by the pandemic and exacerbated by Russia’s invasion of Ukraine. In response to this growing global crisis, the United States, the European Union, the African Union, and Spain co-chaired the world summit on food security Tuesday on the sidelines of the UN General Assembly. Germany, Colombia, Nigeria, the European Commission and Indonesia also co-hosted.

This week, the United States announcement more than $2.9 billion would be used to address global food insecurity, in addition to the $6.9 billion already committed by the Biden administration this year.

The United States is encouraged that fighting has ceased along the Armenia-Azerbaijan border and that no further military action has taken place this week.

“There is no military solution to the disputes between Armenia and Azerbaijan,” and the United States stands ready to support diplomatic efforts for a “lasting peace,” Blinken said.

The United States seeks peace and stability across the Taiwan Strait and continues to ‘oppose unilateral changes to the status quo on either side,’ US President Joe Biden told the General Assembly on Wednesday. United Nations.

The remarks are the first time a sitting US president has explicitly laid out US policy toward China and Taiwan in a UNGA speech since 1971, the year the UN granted the seat occupied by the Republic of China. (official name of Taiwan) to the General Assembly. and the Security Council to the People’s Republic of China.

Stability in the Taiwan Strait is in the spotlight ahead of the first U.S.-Pacific island nation summit, scheduled for Sept. 28-29. The United States has stepped up its military activities in Palau in recent months amid growing tensions with China. Palau urged countries to find alternative shipping lanes in the Pacific in the event of a Chinese invasion of Taiwan that would make the Taiwan Strait a dangerous international shipping lane.

Blinken also meets Thursday with his counterparts from a group called “Blue Pacific Partners” amid geopolitical competition with China in the Indo-Pacific region.

Taiwan Strait stability in spotlight ahead of US-Pacific summit