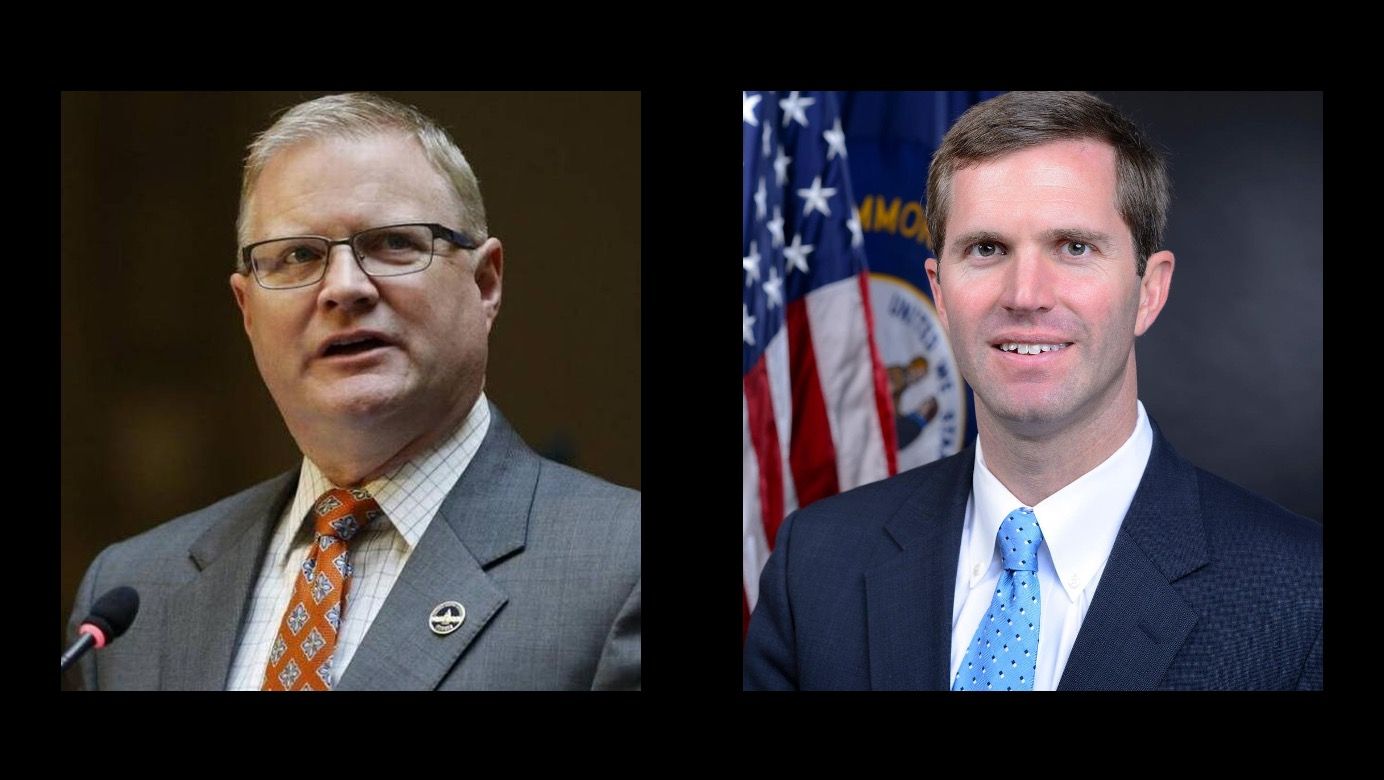 “This guy hates the legislature, wants to run the government like a monarchy,” Republican Senator Damon Thayer of Georgetown said of the Democratic governor. “I have very little respect for him.”

Thayer spoke at the Kentucky Press Association convention in Jeffersontown, during a discussion of legislative issues with Senate Minority Leader Morgan McGarvey (D-Louisville). The final question from the audience was about the heavily Republican legislature’s relationship with Beshear, who was narrowly elected in 2019 and is seeking re-election in 2023.

Thayer began his answer by comparing Beshear to his father, Steve Beshear, who served as governor from 2007 to 2015. During those years, Republicans controlled the Senate but not the House.

“He was very good at communicating with us,” Thayer said. “I had his cell phone, he had mine; he called me, I called him; he texted me, I texted him; he invited me to his office to talk; he invited me to the governor’s office for lunch. None of that happened with Andy Beshear.

Thayer said the most troubling example was the lack of contact about what to do with the pandemic.

He said he asked on that call, “Governor, why did you wait until now to have this meeting to brief us?” He said, “That’s why we can’t have good communication,” cut the call and hasn’t heard much from him since, except on Ford factory inducements, which I co-sponsored…

After the crowd reacted in surprise to Thayer’s outspokenness, he added, “I have very little respect for him. I think he’s an accidental governor, and he governs like a guy who got 70% of the vote when more people voted against him than for him, because he won the majority.

“I have kids, and something I say a lot at home is, ‘I don’t care who started it,'” McGarvey said. “When the governor has reached out to the legislature, those efforts have not always been rewarded.”

McGarvey said that shortly after Beshear took office, Republicans “attacked” him with legislation appointing future transportation secretaries subject to legislative confirmation, and “I think Governor has reached out to so much more than what has been attributed to him”.

Beshear communications director Crystal Staley was asked to comment on Thayer’s remarks. She said in an email, “The Governor is focused on bringing people together to build a better Kentucky for our families. He’s worked with the General Assembly on everything from broadband expansion and clean water and sewer projects to legislation that helped him land the largest economic development project in the world. history of our Commonwealth as well as historic horse racing legislation. Governor Beshear believes in setting a good example in Frankfurt, which means treating everyone, including Senator Thayer, with dignity and respect and not engaging in this type of attack or name-calling.

Al Cross is director of the Institute for Rural Journalism and associate professor of journalism at the University of Kentucky. He was a political reporter and commentator at the Louisville Courier-Journal for 26 years.

Kentucky Health News is an independent news service of the Institute for Rural Journalism and Community Issues, based at the University of Kentucky School of Journalism and Media, with support from the Foundation for a Healthy Kentucky.

Feedback Policy
– Only real names and email addresses are allowed for entries and comments.
– Vigorous discussion is encouraged, but comments that go beyond the line will be deleted.

Log in or become a Forward Kentucky subscriber to join the conversation. Simply enter your email below to get a login link.