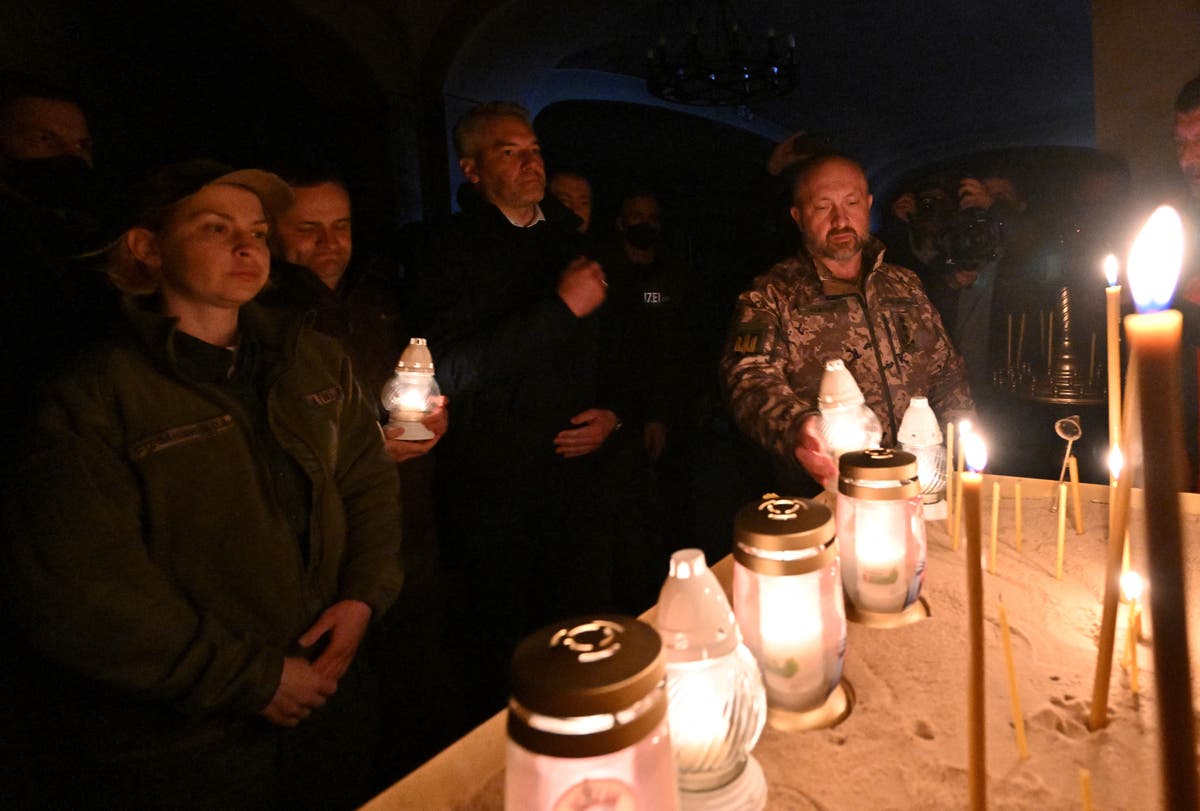 Statements and claims published by Russian state-controlled media show that atrocities committed in Ukraine amount to war crimes, says US expert on Vladimir Putin and his country.

In the weeks before and after Russia’s invasion of Ukraine, Susan Smith-Peter, a history professor at the City University of New York, monitored Russian state media and published translations of some articles that she says show Moscow’s intent to break the rules of war.

She says that while Ukrainian President Volodymyr Zelensky has called for the creation of a war crimes tribunal similar to the Nuremberg trials that followed World War II, much of the discussion in the West has focused on the challenge of prove “intent”.

For example, the crime of genocidewhich was codified in 1948 and refers to the deliberate destruction of a specific group of people, would need prosecutors to show that Mr. Putin’s actions that resulted in the deaths of tens of thousands of civilians were committed intentionally.

Yet, according to Dr. Smith-Peter, reading a few of the documents published by Russian state media seems to do just that.

In February, Russia’s state-run RIA Novosti news agency published and then deleted an article that was apparently meant to go online once Russia completed its invasion of Ukraine.

“Vladimir Putin has assumed, without an ounce of exaggeration, historic responsibility by deciding not to leave the solution of the Ukrainian question to future generations,” said the article, written by contributor Petr Akopov. “Western world domination can be considered completely and definitively over.”

This month, the same agency published another article, by scholar Timofei Sergeitsev, titled “What Russia Should Do About Ukraine,” which some have likened to the “final solution” for Ukraine.

“War criminals and active Nazis should be punished exemplarily and exponentially,” he said.

Ukrainian residents return to the destroyed village of Chernihiv

Mr. Zelensky referred to this article when he addressed the Romanian parliament last week.

“On the same day, April 3, when the world was horrified to see the bodies of those killed in Bucha, an article justifying the genocide of Ukrainians was published on the website of the Russian state news agency RIA Novosti,” he told parliamentarians.

“His name is quite eloquent, I quote ‘What Russia has to do with Ukraine’ It’s not just a text. This is one of the evidence for the future tribunal against Russian war criminals.

He added: “The article describes a clear and calculated procedure to destroy everything that makes Ukrainians and our people themselves.”

Dr. Smith-Peter translated and annotated the article in a post on Medium.

“The following article contains a Russian plan for the genocide of Ukraine. It was published by the state news agency RIA Novosti, whose work is often picked up by various media,” she wrote.

She added: “The publication and the source show that this is not a marginal statement but an expression of a widely held view.”

She said The Independent she couldn’t understand why articles published by state media didn’t get more attention in the West.

“It’s crazy, I keep reading these articles about how hard it is to show ‘intent,'” she said.

“I think it would be a really important thing, to publish a translation of this article, and say, look, here is the plan for the genocide of the Ukrainian people.”

Earlier this month, a Ukrainian-born Holocaust scholar said The Independent he believed that the atrocities on the ground in places such as Bucha, combined with statements printed in outlets such as RIA Novosti, showed that what was happening met the legal description of genocide.

“The rhetoric on its own was not enough for me, and the massacres on their own were not enough,” said Eugene Finkel, who lives in Israel and is the author of Ordinary Jews: Choice and Survival During the Holocaust.

“The threshold for me is the combination of this violence, generalized and deliberate, and rhetoric. I think that’s proof enough.

Russia has denied committing war crimes and claimed without evidence that atrocities in Bucha and elsewhere were staged to make Moscow look bad.

Meanwhile, on Monday, Dr Smith-Peter and others drew attention to another report on RIA Novosti which referred to an appearance on Russian Channel One by Eduard Basurin, a spokesman for the Republic popular separatist of Donetsk, supported by the Kremlin. He said Russian forces should use chemical weapons when seeking to retake Mariupol, which would be another war crime.

“When capturing Azovstal in Mariupol, you need to act more cunningly in order to avoid losses, due to basements. There is no point in storming the object,” he said. said “It is possible to accomplish. The chemical troops, I believe, will then find a way to smoke the moles out of their holes.”

“Unfortunately, we are not getting as much as needed to end this war sooner,” Mr. Zelensky said. “I’m sure we’ll get almost everything we need, but it’s not just time that’s wasted. Ukrainian lives are being lost, lives that can no longer be returned. »