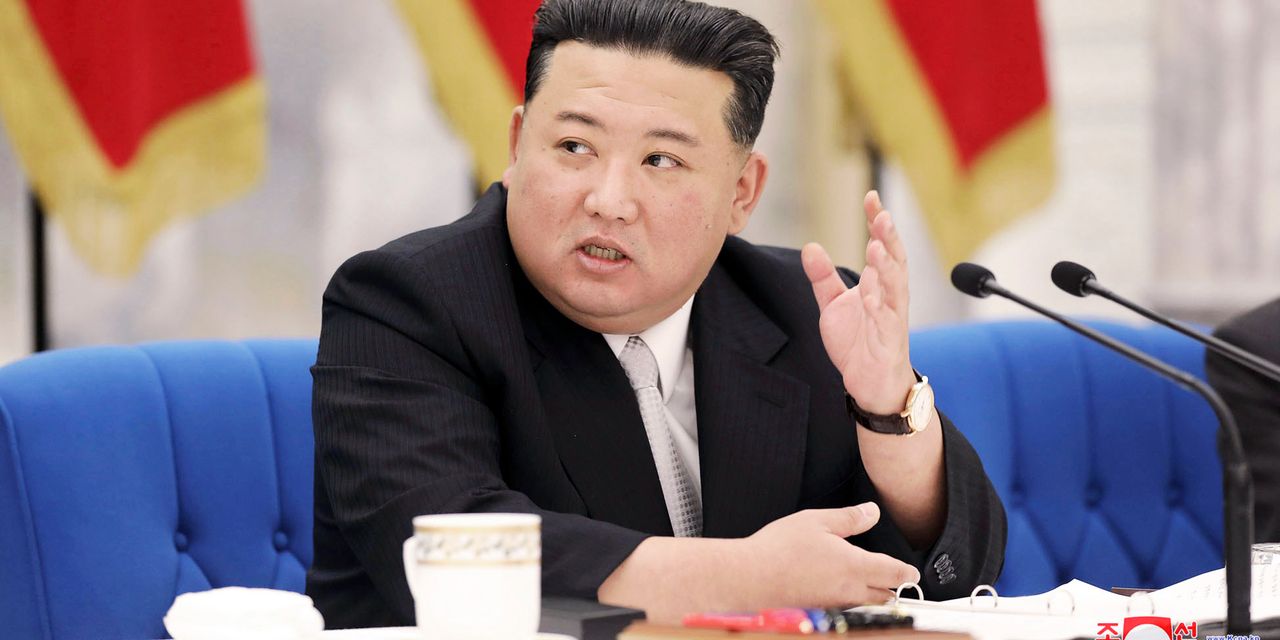 SEOUL, South Korea (AP) — The head of the Russian proxy forces in the Donetsk region of eastern Ukraine has sent a message to North Korean leader Kim Jong Un calling for cooperation as Signs indicate that the North is considering sending workers for restoration projects in Russian-occupied areas. Ukraine.

North Korea last month became one of the few countries in the world to recognize the independence of Donetsk and Luhansk, another Russian-backed breakaway region in eastern Ukraine, prompting Kyiv to sever diplomatic relations with Pyongyang.
There are indications that North Korea is considering sending workers for restoration projects in these areas, which could help its economy but run into UN Security Council sanctions over its weapons program. nuclear and ballistic missiles.

In comments sent on Monday, Donetsk separatist leader Denis Pushilin expressed hope that his Moscow-backed republic and North Korea could achieve “equally beneficial bilateral cooperation in accordance with the interests” of their people. , the official North Korean Central News Agency said on Wednesday.

The Donetsk Foreign Ministry said its ambassador to Russia, Olga Makeeva, met North Korean Ambassador to Russia Sin Hong Chol in Moscow on July 29 to discuss economic cooperation. According to the ministry, Sin then said there would be “great potential” for bilateral cooperation in trade and the “area of ​​labor migration” following North Korea’s relaxation of controls. at borders in the event of a pandemic.

North Korea is said to have similar discussions with Lugansk.

In 2017, Russia backed sanctions imposed by the UN Security Council in response to a North Korean long-range missile test that required member states to repatriate all North Korean workers from their territories to the 24 months.

US State Department spokesman Ned Price last month criticized Russian suggestions that North Korean workers could be employed for restoration projects in Russian-occupied areas of Ukraine, saying such arrangements would be “an affront to Ukraine’s sovereignty”.

Pushilin’s message to Kim was timed for August 15, the anniversary of the Korean Peninsula’s liberation from Japanese colonial rule at the end of World War II. He congratulated Kim on the anniversary and insisted that “the people of the Donbass region are also fighting to regain their freedom and the justice of history today, just as the Korean people did. 77 years ago,” KCNA said.

The report did not say whether Kim messaged Pushilin in response.
Lugansk and Donetsk together form the Donbass region, a predominantly Russian-speaking region of steelworks, mines, and other industries in eastern Ukraine.

Separatists have controlled parts of the two provinces since 2014, but Russian President Vladimir Putin only recognized their independence shortly before Russia invaded Ukraine in February. Syria is the only other nation to have recognized its independence.

North Korea has repeatedly blamed the United States for the Ukraine crisis, saying the West’s “hegemonic policy” justifies Russian military actions in Ukraine to protect itself.

Kim has also exploited a split in the UN Security Council that has delved into Russia’s invasion of Ukraine to accelerate his weapons development as he tries to cement the North. as a nuclear power and to negotiate the removal of crippling US-led sanctions from a position of strength.

North Korea has tested more than 30 missiles in 2022 alone, including its first flight test of an intercontinental ballistic missile in nearly five years. There are also indications that the North is restoring tunnels at a nuclear test site that was last active in 2017 as part of possible preparations to resume testing of nuclear explosives.