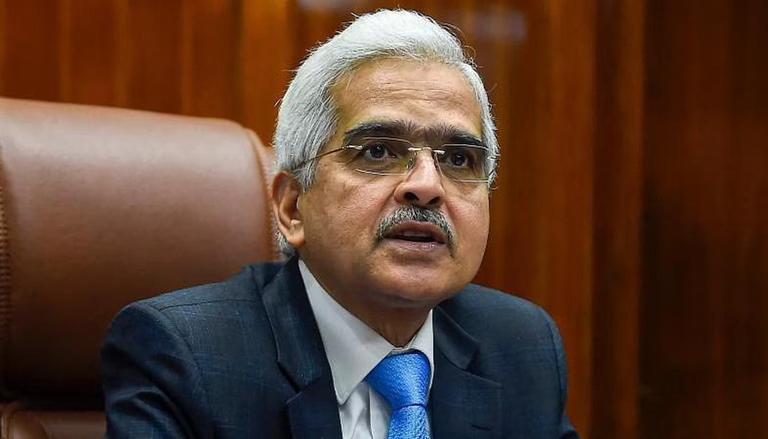 Reserve Bank of India (RBI) Governor Shaktikanta Das said on Wednesday that a reduction in VAT on fuel would help ease inflationary pressures as well as expectations.

On May 21, the central government reduced excise duties on petrol by a record Rs 8 per liter and those on diesel by Rs 6 to relieve consumers battered by high fuel prices which have also driven inflation at a record high. At that time, he asked states to reduce VAT to provide additional relief. Almost no state reduces VAT.

Announcing the fortnightly monetary policy, Das said a quick survey of urban households undertaken after the May 21 petrol and diesel excise duty cuts showed a significant moderation in their inflation expectations. .

“In such a scenario, a further reduction in state VATs on gasoline and diesel nationwide can certainly help ease inflationary pressures as well as expectations,” Das said.

Finance Minister Nirmala Sitharaman, when announcing a reduction in excise duties, had urged states to reduce VAT. His other cabinet colleagues, including Oil Minister Hardeep Singh Puri, made similar pleas.

But virtually no state cut VAT after the excise duty cut was announced on May 21.

In April, Prime Minister Narendra Modi had also asked states to reduce their taxes to allow users to fully benefit from previous excise duty reductions of November 2021. Non-NDA states had not reduced VAT .

Excise duty cuts after November 2021 on petrol by Rs 5 per liter and on diesel by Rs 10 per litre, 25 states and UT had reduced VAT to give further reprieve to consumers battered by record retail prices .

However, states run by non-NDA parties like Maharashtra, Andhra Pradesh, West Bengal, Kerala and Tamil Nadu had not reduced VAT.

“Many states like Maharashtra, West Bengal, Telangana, Andhra Pradesh, Tamil Nadu, Kerala and Jharkhand have not accepted our request for one reason or another, and the burden on the people of these states continued,” Modi had said on April 27.

“I urge you that in the interest of the nation, please undertake what should have been done six months ago in November. Give consumers in your state the advantage by lowering the VAT.” For a nation 85% dependent on imports to meet its oil needs, soaring international crude oil prices following the Russian invasion of Ukraine, as well as foodstuffs and raw materials, have contributed to raise the inflation rate to 7.8% in April.

The two reductions – first in November 2021 and then in May 2022, reverse the increase of Rs 13 and Rs 16 per liter in petrol and diesel taxes made between March 2020 and May 2020 to avoid passing on to consumers the sharp drop in international oil prices.

The 2020 excise duty hikes had raised the central taxes on petrol to their highest level of Rs 32.9 per liter and that on diesel to Rs 31.8 per litre.

After the last excise reduction, the incidence of the central tax on petrol fell to Rs 19.9 per liter and that on diesel to Rs 15.8 per litre.

The excise tax on petrol was 9.48 rupees per liter when the Modi government took office in 2014 and that on diesel was 3.56 rupees per litre.

The government had, between November 2014 and January 2016, increased excise duties on petrol and diesel nine times to recoup gains from falling global oil prices.