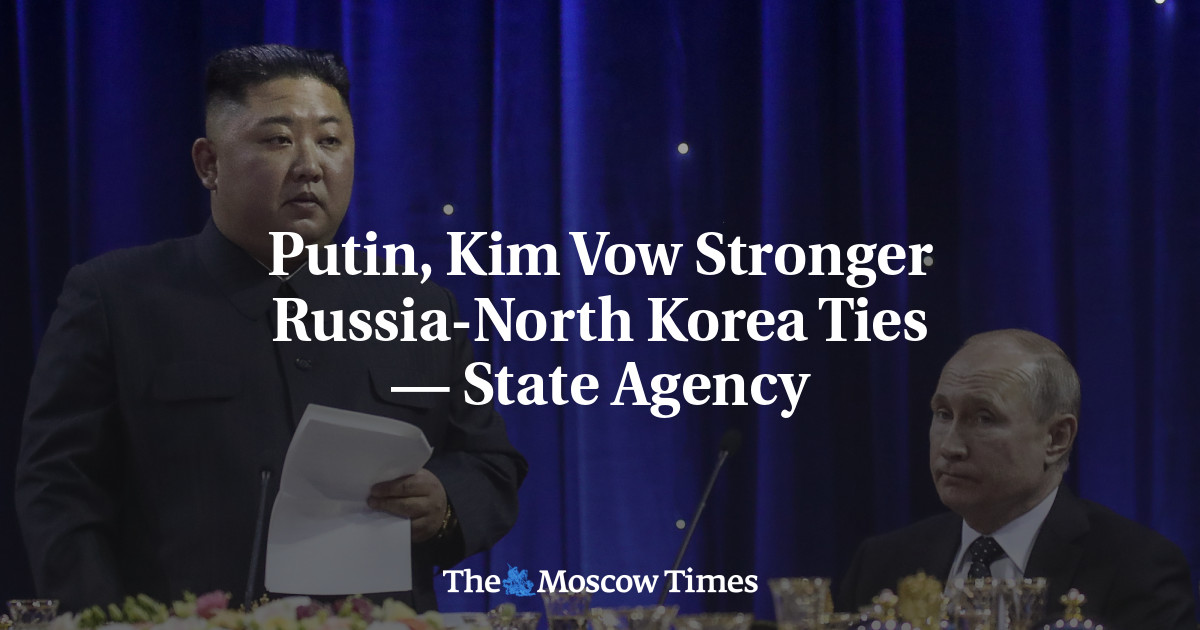 Putin told Kim that Moscow and Pyongyang would “continue to expand comprehensive and constructive bilateral relations with joint efforts”, according to the official KCNA news agency.

Kim Noted in his letter to Putin that Russian-North Korean strategy and tactics cooperation has “put on a new high stage in the common front to counter the military threat and provocation of hostile forces”.

Pyongyang generally uses the term “hostile forces” to refer to the United States and its allies.

Putin’s message on the anniversary of the end of Japan’s 1910-1945 colonial rule on the Korean Peninsula – marked as the day of liberation by North Korea – contained language similar to that he sent to Kim last year.

In the 2021 letter, Putin expressed confidence that the parties would continue to promote mutually beneficial cooperation after Kim’s first visit to Russia in 2019.

The Kremlin has yet to comment on Putin’s reported letter to Kim.

North Korea last month became the third state after Russia and Syria to officially recognize the people’s republics of Donetsk and Luhansk, collectively known as Donbass.

The head of the Donetsk People’s Republic, Denis Pushilin greeted North Korea has been hailed as a “triumph of diplomacy” for the breakaway region and expressed hope for “active and fruitful cooperation” with its newly acquired Asian partner.

Russian Ambassador to Pyongyang Alexander Matsegora said North Korean workers would be an “asset” in the “serious task” of restoring the social, infrastructural and industrial facilities destroyed in the Donbass during Russia’s invasion of Ukraine.