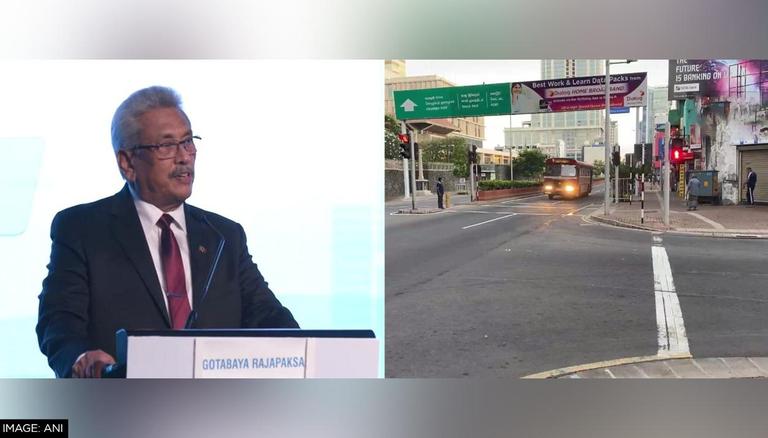 As Sri Lanka continues to witness mass protests against its worst economic crisis, President Gotabaya Rajapaksa on Tuesday issued a notification revoking the proclamation declaring a state of emergency. According to the Daily Mirror, the state of emergency will be revoked from midnight on April 5.

Earlier, in a bid to ensure “public safety and the maintenance of public order”, the president announced an emergency situation in the country. Also, demanding solutions to the current economic crisis, anti-government protests continue to take place in the island nation. Additionally, due to a severe shortage of medicines in Sri Lanka, a health emergency has been declared in the country.

Much of the country’s population is severely affected due to food and fuel shortages. Since the emergence of the COVID pandemic, the economy has collapsed. The foreign exchange shortage problem has affected the country’s ability to import fuel and food, also leading to power cuts in the region. Sri Lanka has requested assistance from friendly countries in view of the shortage of essential goods.

On Sunday, mass protests prompted 26 Sri Lankan cabinet ministers to resign from their posts. Opposition parties have been invited by President Rajapaksa to join the cabinet and form a united government to resolve the crisis.

We are deeply concerned about the economic situation in Sri Lanka. Everyone has the right to demonstrate peacefully and express their opinions. We urge authorities to exercise restraint and avoid social media blockages and arrests under the Prevention of Terrorism Act in response.

Sri Lanka, an island country of 22 million people, has finally fallen into the diplomacy of China’s debt trap. China is turning a blind eye after trapping Sri Lanka in debt as the island nation faces its worst economic crisis in decades and struggles to repay its loans.