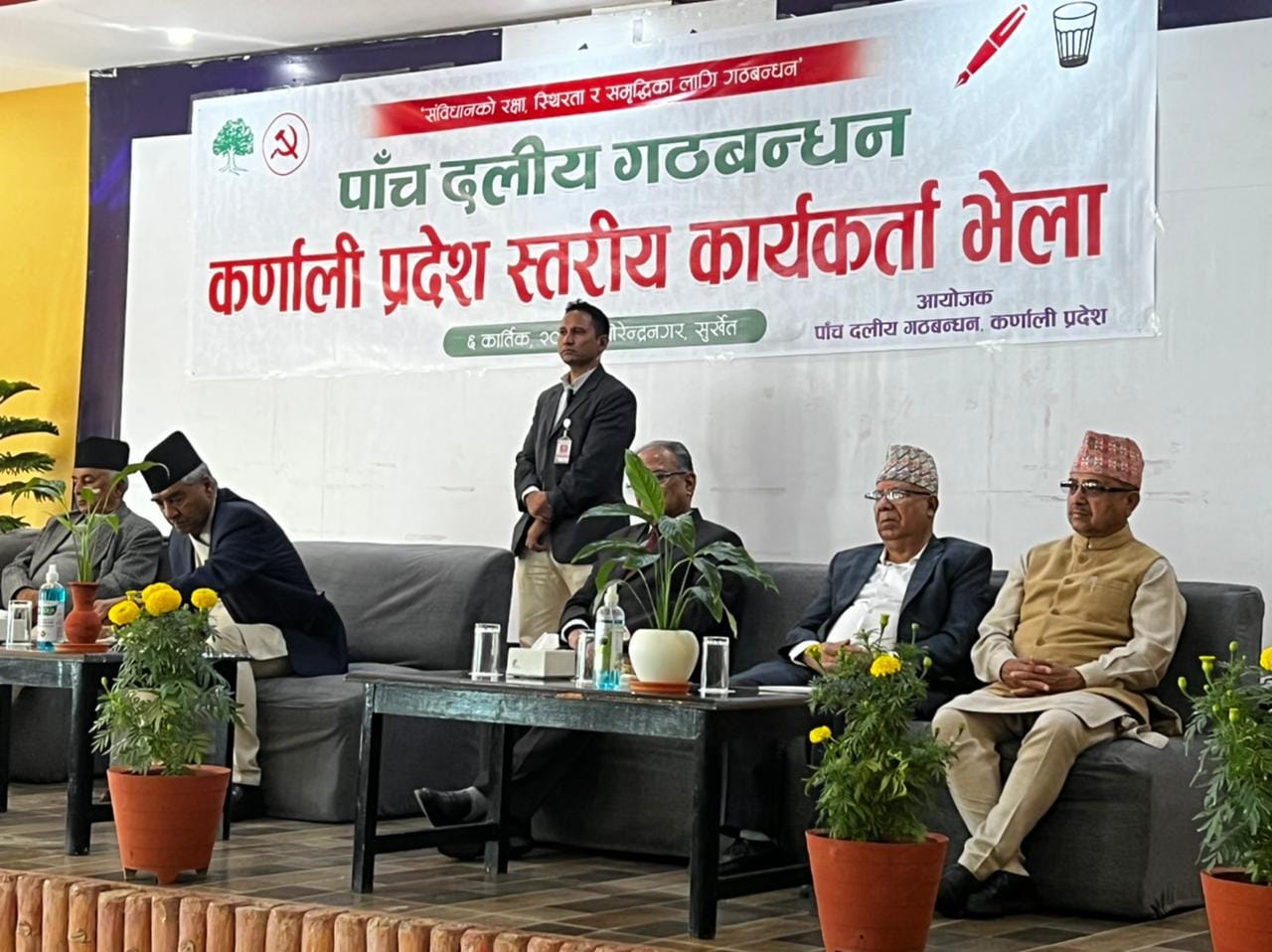 A joint provincial-level party rally organized by the ruling alliance in Surkhet, Karnali province, on Sunday.

KATHMANDU: CPN (Unified Socialist) Chairman and former Prime Minister Madhav Kumar Nepal has said that the opposition alliance of CPN UML, Rastriya Prajatantra Party (RPP) and others have an ulterior motive and that their coalition was not natural.

Addressing a province-level joint party rally organized by the alliance in Dhangadhi today, he said the five-party ruling alliance was formed with a pious purpose and it was natural .

“If the parties of the current ruling coalition had not taken timely measures, the country would have taken the path of regression by reversing the achievements obtained after the political change,” he said.

Referring to the electoral alliance forged by the main opposition party, the CPN UML, with the RPP and other parties, he said, “The alliance that was forged with ulterior motives was unusual.”

Stating that the current ruling alliance must be forged to eliminate aberrations in politics, governance, society and political parties, the Socialist United President warned that democracy and the republic are still under threat from what he called regressive elements.

Therefore, these regressive elements must be defeated in the upcoming elections, he added.

Executive Chairman of Rastriya Janamorcha, Rashmi Raj Nepali argued that the current five-party alliance was forged to uphold the constitution. He said his party joined the alliance because it saw the danger of the constitution derailing and the country heading down the path of regression.