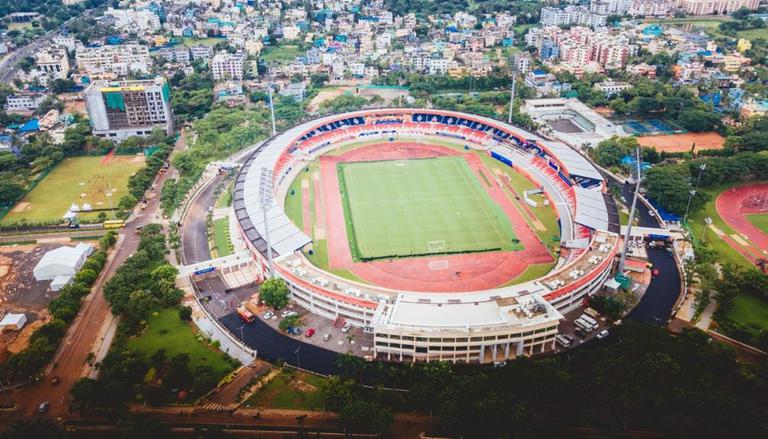 Renovated seats, new pitches and state-of-the-art facilities – the stage is set for the FIFA U-17 Women’s World Cup at Kalinga Stadium in Bhubaneswar. The stadium will host five Group A matches, in which four countries – India, USA, Morocco and Brazil – will play each other, and one Group B match between Nigeria and Chile.

The event will start on site from Tuesday with an opening ceremony and two matches. Odisha Sports Secretary Vineel Krishna said the administration has undertaken numerous projects to upgrade and renovate the stadium, including the entire stand, for the tournament, which will run until October 30. This is yet another feather in the hat for Odisha and also the Kalinga. complex, which will also be one of two venues in the state where the FIH Men’s Hockey World Cup will be held next year.

“A main pitch and four training pitches with natural grass have been laid out to the standards of world football’s governing body, Fifa,” Krishna told PTI. Two world-class football training centers – Odisha Football Academy and Capital Football Arena – have also been built on the site. Krishna said the seats in the stadium had been replaced with new chairs, but the seating capacity was the same as before – around 12,000.

The lighting system has been completely redone. The field’s Bermuda grass was imported, according to the athletic secretary. “New functional areas have been created. VIP boxes and dugouts have also been upgraded. Much of the renovation has been done in phases over the past two or three years,” he said, estimating that the overall cost could be around Rs 90 crore. .

Six gates should be used for different categories of spectators. Beautification, wall painting and cleaning of the surrounding areas have also been taken up as part of the renovation project, Krishna added. The multi-purpose venue, built in 1978, has facilities for athletics, football, hockey, basketball, tennis, table tennis, volleyball, climbing and swimming. The stadium has hosted several tournaments and is also the home of Odisha FC of the Indian Super League.

The Fifa tournament was supposed to be held in India in 2020 but was postponed due to the coronavirus pandemic. The hosting rights for the 2022 edition have been retained by the country on the basis of a decision by the world federation. Sixteen teams will battle for the top honors and 32 matches will be played across three venues – Bhubaneswar, Navi Mumbai and Goa. The final will be played at DY Patil Stadium in Navi Mumbai.

Chief Minister Naveen Patnaik, “hypnotized” by the stadium facilities, had expressed hope on Friday that the teams would be able to prepare well for matches. the FIFA U-17 Women’s World Cup. I’m sure the training center’s world-class facilities will help the players prepare well for this mega event,” Patnaik tweeted.

“The Odisha Football Academy training sites in Bhubaneswar are ready for (the) FIFA U-17 Women’s World Cup. I’m sure the participating teams will love the world-class facilities here. I wish the best to the teams,” he added. PTI HMB RMS RMS