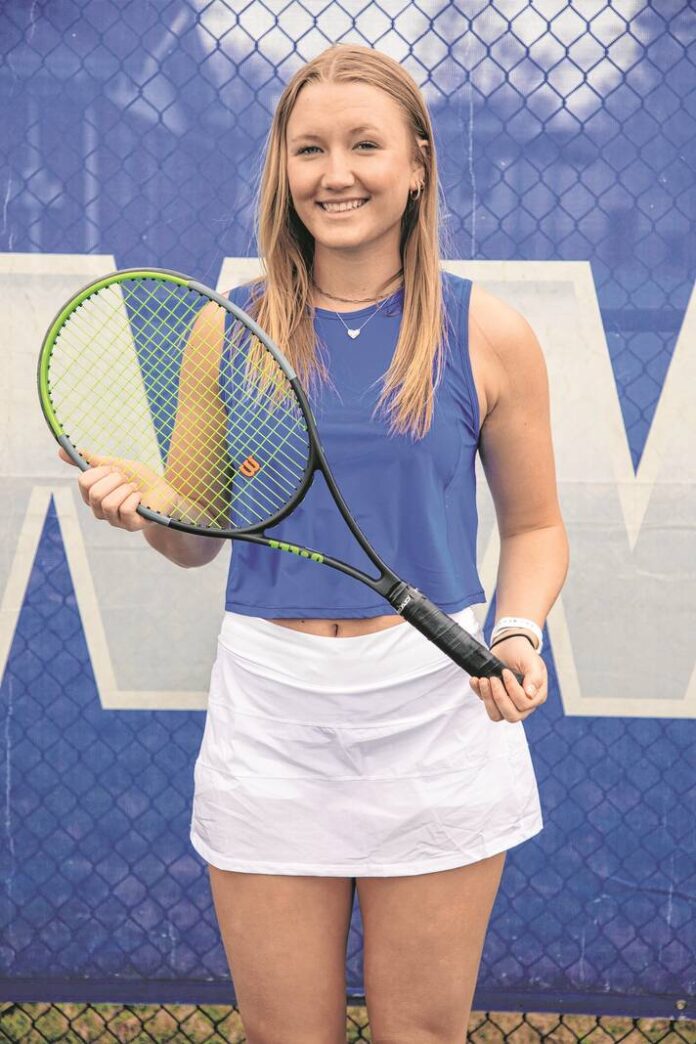 INDIANAPOLIS — Ashlie Wilson had all the momentum heading into the third set of Saturday morning’s state women’s singles tennis semifinal, but she continued to experience issues with her racquet.

Three times in her match against Ellie Myers of Evansville Memorial, Wilson’s racquet strings snapped. The Columbus North senior ended up using someone else’s racquet and ultimately went down 6-3, 1-6, 6-3.

“It just made me a little nervous from the middle of the third set because I was using a different racket than what I’m training with,” Wilson said.

After winning the second set on Saturday, Wilson was within 4-3 and leading 0-30 with a chance to break Myers’ serve. But Myers came back to win that game, then broke Wilson’s serve to end the game.

“I think I played pretty well today, especially the second set,” Wilson said. “This girl is really good, and I’m proud of how I fought back and got a third set.”

“She played very well,” added North coach Kendal Hammel. “She’s disappointed and really frustrated that she didn’t play as well as she could have. There were close points. She just didn’t serve when she needed to, and the other girl played really well.

Wilson hadn’t won a set against Myers in the previous three encounters.

“I’m pretty happy with the way I played,” Wilson said. “There are always ‘what ifs’ looking back at the losses, and it’s disappointing to lose such a close game, but like I said Ellie Myers is a really good player and I’m really proud of the strength with which I fought.”

Wilson, who advanced with a 6-1, 6-0 quarterfinal win over Franklin’s Rylie Wilkison on Friday, finished the season 21-3.