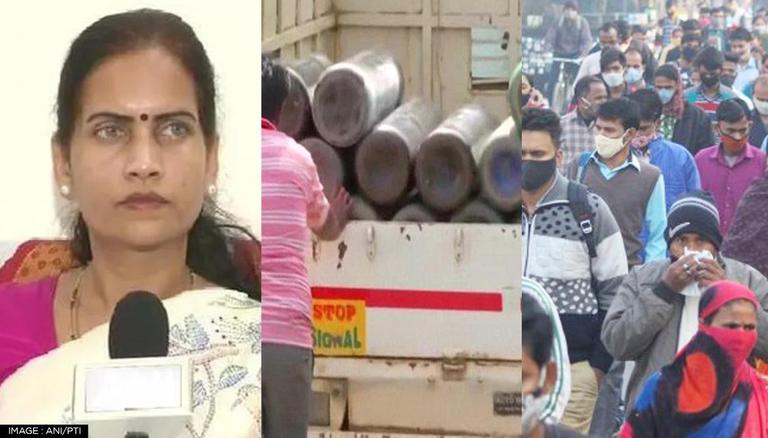 Bharati Pawar, Union State Minister for Health and Family Welfare, told the Rajya Sabha on Tuesday that no state or union territory has confirmed any deaths from a lack of oxygen supply during the COVID-19 pandemic. She informed the House that the central government had asked the states to provide details of those who died due to lack of oxygen.

“The Union Government has asked states and UTs to provide details on this. Of the total, 20 states and UTs have responded, but none of them have reported any confirmed deaths due to a shortage oxygen,” said Minister of State for Health and Family Welfare, Bharati. Pavar said.

Responding to a question from Shaktisinh Gohil, Congress Member of Parliament in Rajya Sabha, Pawar informed the Upper House that none of the states had reported any confirmed deaths due to oxygen shortage. She also informed the House of several reminders to states about this, but to no avail as no details of the deaths were provided.

The Minister went on to say that the States’ responses will be submitted to the House as soon as they are received. She also informed the House of the total number of deaths in the country. “As of April 4, 2022, states and UTs have reported a total of 5,21,358 deaths from COVID-19 nationwide,” she said.

In response to a fresh question from Congress MP Gohil on why the government reversed its decision to pay Rs 4 lakh compensation for Covid-19 deaths, Bharati Pawar claimed that provisions for destitute patients were taken through insurance programs. She further said that ex gratia payments were being considered at central, state and district levels, with a decision to grant Rs. 50,000 instead of Rs 4 lakh.

“An ex gratia of ₹50,000 as per central, state and district levels. NDMA has offered compensation of ₹50,000 not ₹4 lakh for each victim of COVID-19,” she told the Bedroom.

The minister further said that the government has taken a number of measures during COVID-19 including allocating a budget of Rs 64,000 crore for the construction of health facilities.

“So far we have over 300 labs, over five lakh oxygen beds, 1.5 lakh intensive care beds, over 4,000 PSA plants, over 60,000 ventilators and all emergency facilities have been modernized.”

Pawar also said that a recent biosafety level 3 (BSL) mobile laboratory is also being added for the detection of new strains and viruses.

Also, in response to a question from Trinamool (TMC) Congressman Santanu Sen on when the entire population of the country would be vaccinated with the two doses, Bharati Pawar said that the first dose had been given to 97 % of the population and the second dose administered to 85%. She said vaccination is voluntary and the government hopes everyone will work together and take part in the campaign. However, she did not give a time frame.

“As of March 30, 2022, a total of 167.14 million doses (97% of the total administered dose) have been administered free of charge to eligible beneficiaries aged 18 and over under the national COVID-19 vaccination program “, he noted. .