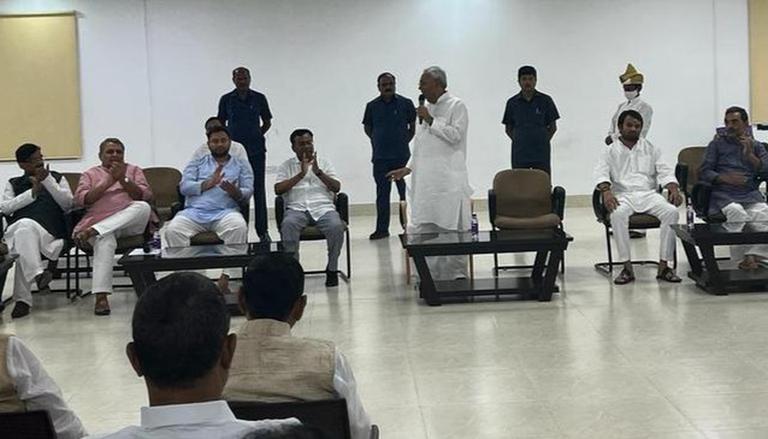 Notably, with reports that MPs from the RJD, Congress and leftist parties have come together to form a government, Jitan Ram Manjhi’s Hindustani Awam Morcha (HAM) has also given unconditional support to Nitish Kumar and the Mahagathbandhan, according to news agency ANI. Interestingly, Manjhi was an aide to Nitish Kumar and was appointed Chief Minister of Bihar in 2014 after Nitish Kumar resigned to take moral responsibility for JDU’s utter failure in the 2014 Lok Sabha polls. However, when Nitish again sought to be CM, Manjhi refused to hand over the post and tried to ally himself with the BJP. Nevertheless, with RJD’s support, Nitish was able to outsmart Manjhi and became CM again.

Hours after Bihar Chief Minister and JD(U) leader Nitish Kumar tendered his resignation to Governor Phagu Chauhan in Raj Bhavan, he is demanding the formation of a new government saying all MPs and MPs from his party agree to leave their alliance with the BJP-led NDA. He also claimed that the decision to leave the NDA was made by JD(U).

Meanwhile, top Bihar BJP leaders were seen on a flight to Patna amid the political struggle between BJP and JDU. It is assumed that the leaders will attend the state BJP central committee meeting tonight.