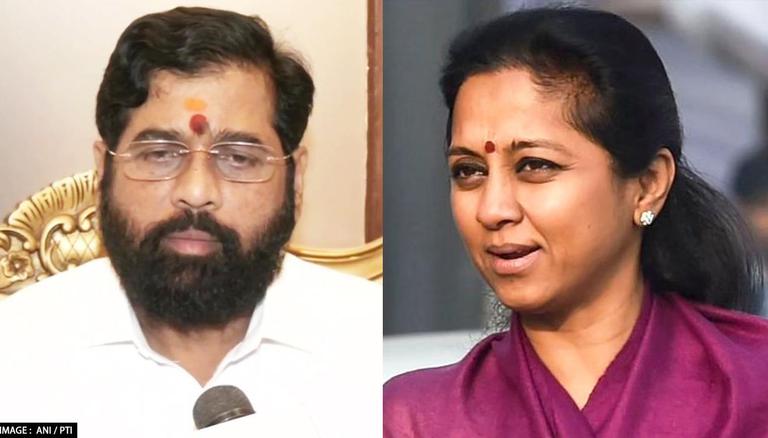 The Nationalist Congress Party on Saturday accused spokesperson for the Shiv Sena faction led by Eknath Shinde of sharing a “transformed” photo of MP Baramati Supriya Sule sitting on the chief minister’s chair, and urged the police from Mumbai to act.

Incidentally, the NCP on Friday accused Lok Sabha member Shrikant Shinde, son of Chief Minister Eknath Shinde, of sitting on a chair intended for his father, although the Kalyan parliamentarian claimed the photo was taken at the office at their private home. residence.

Sheetal Mhatre, who is the spokesperson for the Shinde-led Sena faction, tweeted a photo of NCP MP Sule sitting in the chief minister’s chair. In the message, Mhatre also asked “Look who is sitting in the chief minister’s chair.” The photo shows Sule sitting on a chair and behind her is a sign that reads ‘Maharashtra Government – Chief Minister’. It also shows her surrounded by former ministers and NCP leaders Dilip Walse Patil and Rajesh Tope.

Ravikant Varpe, a spokesperson for the NCP, accused Mhatre of defaming Supriya Sule’s image and called on the police to take action against her. He tagged Mumbai Police in his tweet.

Aditi Nalawade, an NCP official and close aide to Supriya Sule, posted a tweet asking Mhatre to be original. “Be original. Copies fail too quickly,” she said.

Nalawade also said that the original photo of Sule was from one of the NCP functions.