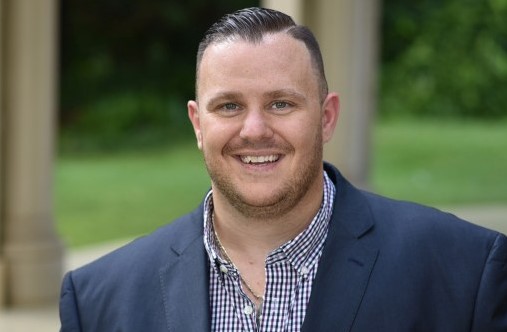 KINGSTON, NY – The Common Council Minority Leader urged fellow aldermen and community members to move Kingston forward and do the right thing for their neighbors, show appreciation for the hard work of others, and understand the concept of working for the greater good.

When he decided to run for office, his goal was to do what he could to make Kingston better and to be the voice of those who felt they didn’t matter, Minority Leader Michael Olivieri, a registered Democrat who won the 7th Ward election on the Republican Party line, said during a speech before the Common Council on Tuesday. He said the goal of doing what’s best for Kingston and its people was something Mayor Steve Noble and Council Majority Leader Rita Worthington, D-Ward 4, also spoke about in their own speeches earlier this year.

“There is a pride in Kingston,” Olivieri said. “We were the first capital of New York. We are the second most displaced place throughout the pandemic. We have to embrace the changes that Kingston is going through. We must welcome our new neighbors without forgetting the people who have lived here for generations. We must protect Kingston and keep it as the city that drew so many to settle here.

During his speech, Olivieri highlighted several new projects designed to move Kingston forward, including its recently adopted 2030 climate action plan, streetscape projects that will ensure the city’s streets are clean, safe and compliant. for all, and renovations that must begin. on one of the city’s HLM housing estates. He also said the development known as The Kingstonian will “bring new jobs, new retail space and new hotel accommodations to our fantastic Uptown neighborhood”, while the city will also use its federal funding through the American Rescue Plan Act to fund various upgrades. projects, including in the areas of infrastructure, public health and housing construction.

And while the city has found ways to help its most vulnerable populations, it still needs to find ways to help people in the middle, people “who aren’t considered low-income but are still struggling,” Olivieri said. He said people who work in Kingston, contribute to its society and spend their money there should be able to live there. Olivieri said Kingston needs to incentivize developers to provide housing for the workforce.

The council must also find ways to support landlords who are exploited by tenants, Olivieri added. He said he’s glad the council passed bylaws targeting predatory landlords, but support was needed for landlords who aren’t delaying mortgage or tax bill payments because a tenant hasn’t paid. his rent.

At the same time, the city’s taxpayers need a break, Olivieri said.

“With a surplus of $3 million, on average, we need to reduce the taxes we collect,” Olivieri said. “With inflation and the astronomical cost of fuel, we have to give back. The middle class needs to know that they are valued and we care about their well-being.

Olivieri also urged community members to think about what they could do to help their neighbors. He said the actions don’t have to be big, but could just be a task that makes a big difference in someone else’s life. Olivieri said the simple act of showing appreciation to someone else can go a long way.