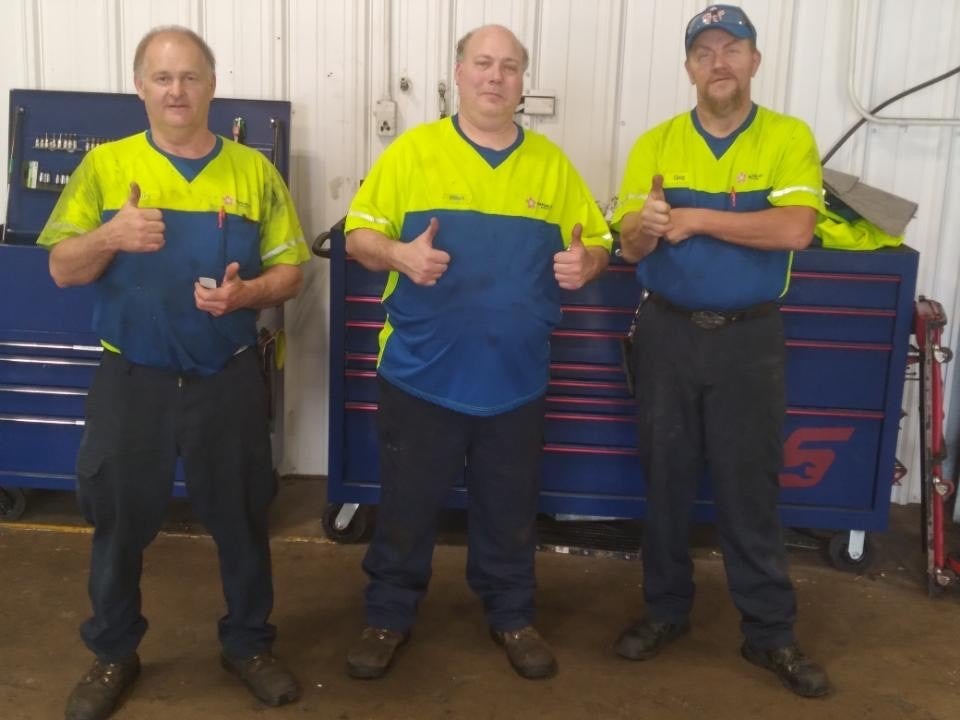 (CHAMPAIGN, Illinois) – Local 26 members have reached a three-year agreement with Republic Services in Champaign-Urbana, Illinois. The new contract was ratified on Tuesday evening and includes substantial improvements, including increases in wages and pension contributions.

“We got a very good agreement. My colleagues and I are really delighted, it is the best contract we have ever obtained. I want to thank the local and everyone at the Teamsters for standing with us. They did a great job of getting us what we needed,” said Tim Huss, a 37-year-old frontloader with Republic Services and chief shop steward for Local 26.

Huss and his colleagues voted overwhelmingly 10 to 1 in favor of the three-year deal. There are 22 workers in the bargaining unit.

“It’s a strong group. They rejected the company’s first offer and were determined to get a better deal. It’s the most we’ve ever gotten to the table, and now the workers are covered with better pay. , pension increases and paid leave for MLK Day,” said Timothy Donovan, Local 26 Secretary-Treasurer. “I would like to thank these workers for sticking together and working together to get the best contract possible.

“Local 26 members have been awarded a contract that reflects the immeasurable service they provide to the community. I want to congratulate these dedicated workers for coming together to negotiate their strongest contract yet. Our division will continue to stand with its members across the country to win the best possible contracts at Republic Services and throughout the private waste industry. said Chuck Stiles, director of the Teamsters solid waste and recycling division.

Founded in 1903, the International Brotherhood of Teamsters represents 1.2 million hard-working men and women in the United States, Canada and Puerto Rico. Visit www.teamster.org for more information. Follow us on Twitter @Teamsters and “Like” us on Facebook at www.facebook.com/teamsters.