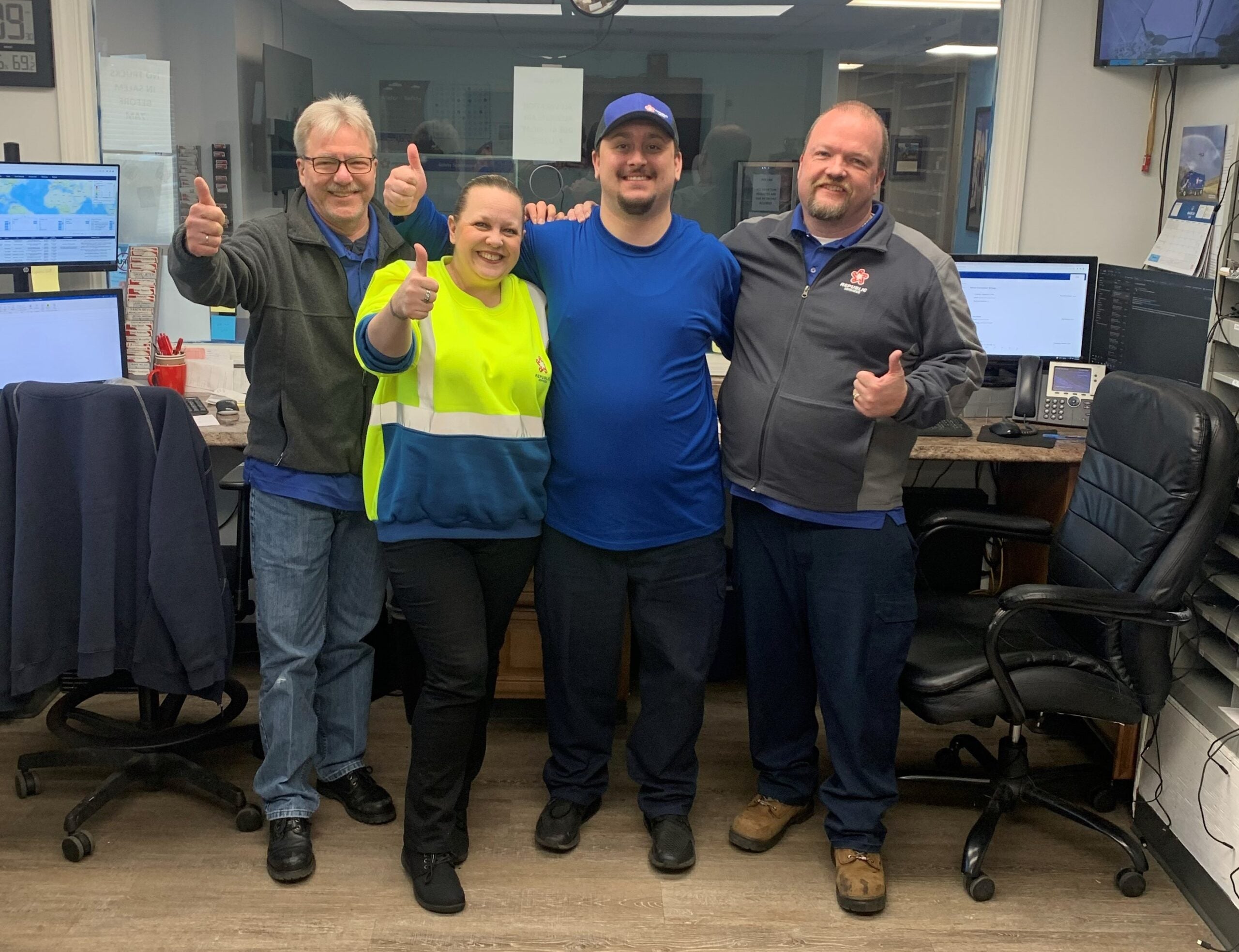 (BOSTON) – Today, dispatchers represented by Teamsters Local 25 in Boston voted unanimously to ratify a new four-year contract with Republic Services. The agreement was fully recommended by the bargaining committee and includes countless improvements. Most notably, the seven-worker unit will be covered by the New England Teamsters pension fund and guarantee 100% healthcare coverage with no out-of-pocket.

“We knew what our objectives were throughout the negotiation process and we are delighted to have won this incredible contract. Having a pension will allow me and my colleagues to retire safely. Health care was just as important to us, and we couldn’t be happier to be covered by such an excellent plan,” said Kenny Kwiatkowski, a five-year dispatcher at Republic Services.

Other contract highlights include annual salary increases, improved working conditions and more time off. Dispatchers work alongside about 150 drivers and mechanics at Republic Services in Revere and Holbrook, Mass., who are covered by a separate bargaining agreement at Local 25.

“It was important for us to get a contract that gave dispatchers free health insurance and entry into the pension fund. These workers work side-by-side with drivers and mechanics, and they deserved the same protections and benefits,” said Thomas G. Mari, President of Local 25. “The fight at Republic will never end, but the company knows how to take us seriously in Boston. I want to thank Chief Negotiator Andy Walsh and congratulate this group of dedicated workers for making today’s victory possible.

Republic Services [NYSE: RSG] is the second largest waste collection and landfill company in America. The International Brotherhood of Teamsters represents more than 7,000 company workers across the United States

“By standing together, the Republic Services dispatchers have earned a contract that reflects the immeasurable service they provide to the community,” said Chuck Stiles, manager of the Teamsters solid waste and recycling division. “The new International administration has only been in office for a week, but we are already seeing a difference in the private waste industry. This is a new era for the Teamsters, and we will stand firm to clinch the best possible contracts for our members.

Founded in 1903, the International Brotherhood of Teamsters represents 1.3 million hard-working men and women in the United States, Canada and Puerto Rico. Visit www.teamster.org for more information. Follow us on Twitter @Teamsters and ‘like’ us on Facebook at www.facebook.com/teamsters.