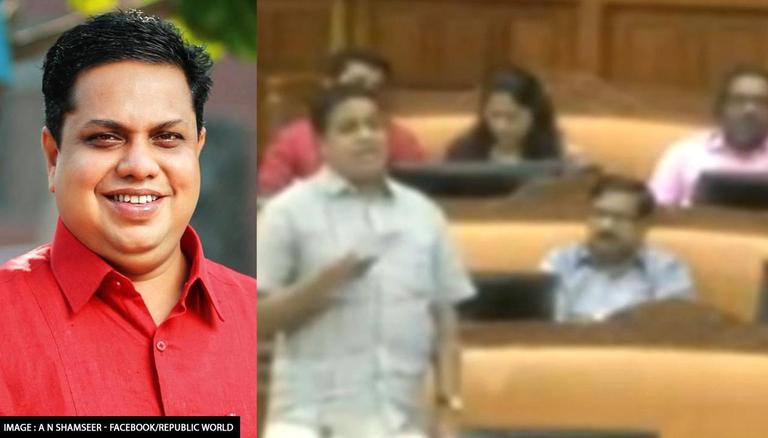 A shocking video has emerged from the Kerala Legislative Assembly which shows a leader of the Communist Party of India (Marxist) insulting Prime Minister Narendra Modi in the House. The CPI(M) MP also slammed Congress for failing to take action against Modi during the UPA government.

Thalassery MLA AN Shamseer said if Congress had properly investigated the 2002 Gujarat genocide, Prime Minister Modi would have been behind bars. He also claimed that former finance minister P Chidambaram wanted Modi jailed but the late Congress leader Ahmed Patel was against it.

“Just like Mary Shelley created Frankenstein, Congress created a monster called Modi. If you had probed the Gujarat Genocide correctly, Modi would have been behind bars. Chidambaram wanted to imprison Modi but Ahmed Patel did not want his approach towards Modi. Due to the soft line, the monster called Modi has now swallowed up even the Congress,” said Thalassery MLA AN Shamseer.

‘The most condemnable remarks ever made’: BJP

Reacting to the left-wing leader’s remarks, BJP National Spokesperson Tom Vadakkan called it the most damning remarks ever made against Prime Minister Modi. He also said that the LDF government is responsible for the law and order situation in Kerala.

“This man has lost his balance. I think that’s the most damnable word anyone has ever uttered. I think that’s the result of certain words being erased in Parliament. The Upstairs Chamber where they have privilege does not mean they can challenge privilege. You cannot be a freak in the House and a gentleman outside. They are responsible for the law and order situation in Kerala,” said said Vadakkan.

“The bomb making business and the kind of murders that are happening. The reality is the failure of law and order across the state and they come and abuse the prime minister who is the representative of everything the country. That kind of insult would not be tolerated,” he added.