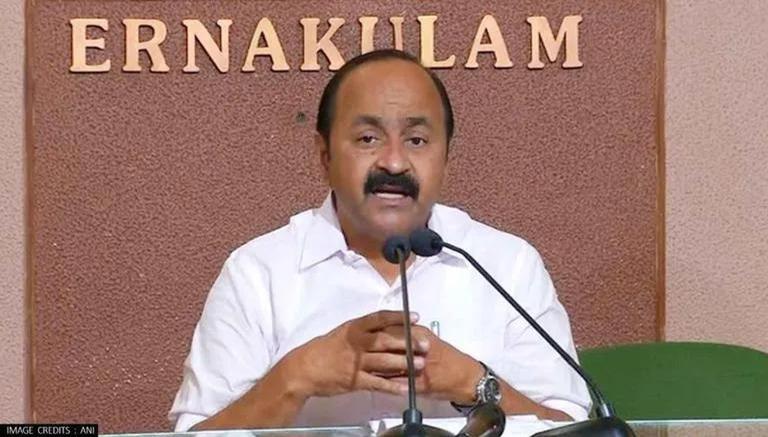 The Kerala opposition leader further claimed that RSS and SDPI are helping each other. “The RSS and the SDPI appear to be enemies, but in fact they help each other. The misdeeds of one group help another. All (political) parties must stand apart from these forces,” he said. VD Satheesan told Republic.

“There is no difference between the RSS and the SDPI. They both divide people. They brandish provocative slogans and are involved in violence,” he said.

It is pertinent to mention that CM Vijayan had also launched a similar attack against the RSS and the SDPI, claiming that the SDPI and the RSS were responsible for disrupting the law and order situation in the state, resulting in an increase violence.

VD Satheesan slammed Kerala Chief Minister Pinarayi Vijayan and claimed CM won with RSS backing. Satheesan recalled the story and said that in 1977, the first CM EMS Namboodiripad of Kerala told the CPM to align with RSS to defeat the Congress which was ruling the state at the time.

“In 1977, EMS said to align with RSS to defeat Congress. Moreover, CM Pinarayi Vijayan shared the stage with RSS at koothuparambu. He won with RSS support. Now it is surprising that he instructs Congress on RSS,” Satheesan said.

Satheesan also reacted to a complaint filed by the RSS against his alleged remarks linked to the organization’s ideologue MS Golwalkar and said he would fight legally. “I stand by my statement. I will fight it legally,” he said.

Earlier in July, former Kerala minister Saji Cherian made controversial remarks against India’s constitution and said it was plundering people. Satheesan criticized Cherian and compared the latter’s remark to Golwalker’s ideology. “Our allegation was that his (Cherian) speech had a resemblance to Sangh Parivar ideology. Republic.

RSS objected to this remark by Satheesan about Golwalkar and filed a lawsuit against him stating that the allegations made by him about Golwalkar were “false and untrue”.

Satheesan had previously said he stood by his statement that the former minister’s anti-constitution remarks were taken from a book written by RSS ideologue Golwalkar.