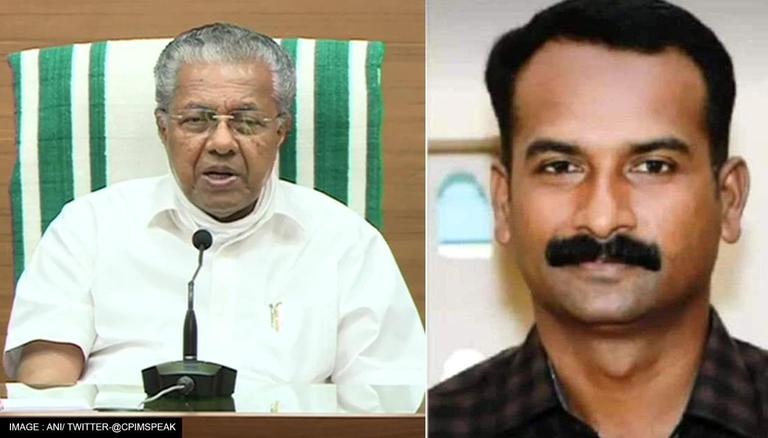 In a recent update on the murder case of a local CPI(M) committee member in Palakkad, Kerala Chief Minister Pinarayi Vijayan on Monday August 15 strongly condemned the belated killing of a local leader of CPI(M). Apparently, the Left Party and the BJP are trying to blame each other for the murder.

Chief Minister Pinarayi Vijayan said in his Facebook post that strict measures will be taken against incidents similar to this which disturb the peaceful atmosphere of the state. He further said that Palakkad police officials have been instructed to spare no effort in their investigation to catch the culprits.

Police said that according to the FIR, the attackers numbered eight and were BJP-RSS workers. One of the police officials said they were trying to verify which party members were behind the killing. Apparently, political enmity was the reason behind the murder.

According to sources, attackers have been identified. However, without valid evidence, police officials took no one into custody and no arrests were made.

A dramatic turn of events has been witnessed since Monday morning with the eyewitness in question initially claiming the culprits were CPI(M) members and soon turning around to allege they were RSS workers. The BJP, for its part, argued that the left-wing party was trying to hide its alleged complicity in the murder.

In a statement, CPI(M) State Secretary Kodiyeri Balakrishnan accused BJP-RSS workers of killing his party member Shajahan. He also targeted them for spreading false information in the media that the left-wing party was responsible for the murder.

Meanwhile, opposing the claims of the CPI(M) Secretary of State, BJP Secretary of State C Krishnakumar said the murder was the result of divisions within the leftist party and that neither neither his party nor RSS had played a role in it.

The Congress then came out in support of the BJP, Kerala Pradesh Congress Committee (KPCC) Chairman K Sudhakaran said it appeared the CPI(M) was behind the murder. He also said that while Congress is politically opposed to the BJP, that does not mean the latter can be blamed for everything.

Kerala Assembly Opposition Leader and senior Congress official VD Satheesan has questioned the claims of the CPI(M) State Secretariat saying how can he conclude that the BJP is behind the murder while the investigation is ongoing.

Congress leader VD Satheesan said: “Let the police investigate. CPI(M) previously accused Congress of attacking the AKG center, but so far no evidence has been found against them. .”

Local CPI(M) leader Shajahan, a resident of Kunnangadu, was killed around 9:30 p.m. on Sunday near his house in Marutharode in Palakkad. Local leftist leaders said the victim was organizing decorations for Independence Day celebrations when the incident happened.

According to initial reports, Shajahan was attacked by a group of five to eight people. An eyewitness told the media that it was RSS workers who killed the CPI(M) leader. He said the attackers were former members of the Left Party and later switched to the RSS.

He alleged that some RSS workers argued with CPI(M) members over the replacement of a DYFI flex card with a card relating to Sree Krishna Jayanti and the victim attempted to resolve the issue. Amid the arguments, four people left on two bicycles and quickly returned with weapons and targeted Shajahan, Babu said.