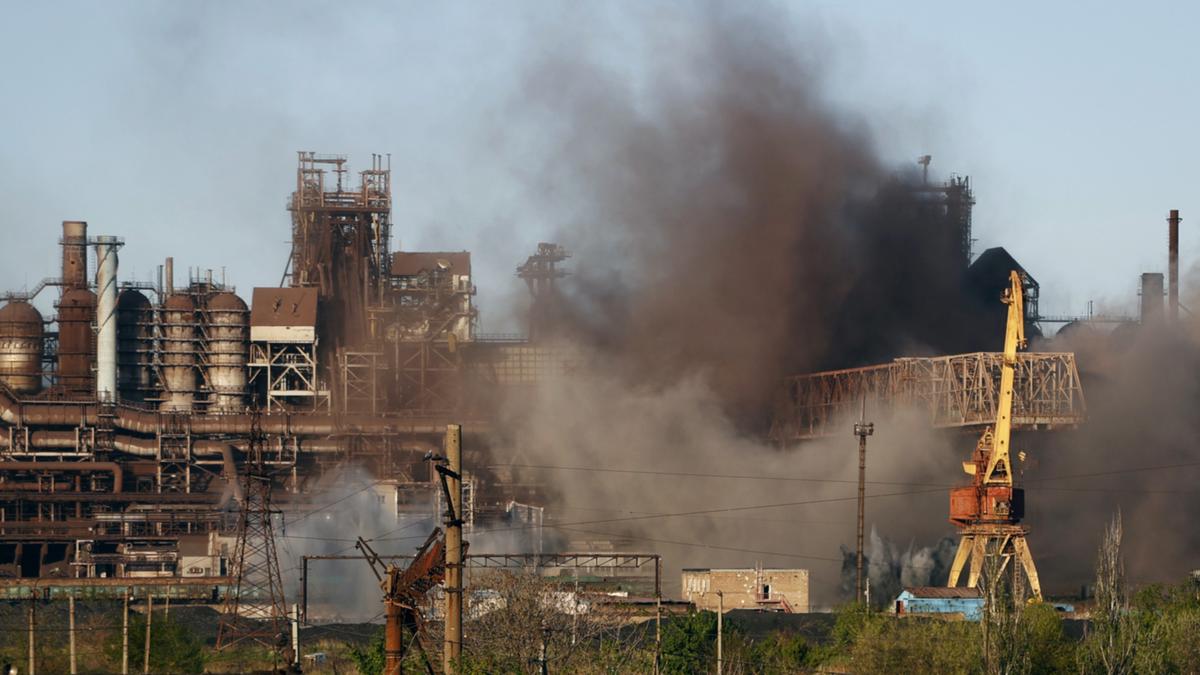 The leader of Russia-backed rebels in Ukraine has promised to turn the virtually destroyed city of Mariupol into a “seaside resort”.

Denis Pushilin, the rogue leader of the so-called Donetsk People’s Republic, made the far-fetched promise despite Ukrainian soldiers still holding out under the Azovstal steelworks.

“Russia is here forever, and you are finally home. Now this is the territory of the Donetsk People’s Republic forever. No one will take it away from us,” he said during a visit to the occasion of Victory Day.

A giant black and orange ribbon – a symbol used for the country’s celebrations marking the end of World War II – was carried through the city by troops.

“We have strength, we have opportunities, we have the support of the biggest and most beautiful country,” he said according to Russian news agency TASS.

Apparently, in reference to the city’s destroyed infrastructure and industry, he said the settlement could in future be turned into a “resort” to help bring back jobs and prosperity.

“Now the main task is to liberate all our lands, to start rebuilding the cities,” he added.

At the same time, Kyiv has asked the UN Human Rights Council to look into the “continuing deterioration” of the situation across Ukraine, including Mariupol. Ukraine said Russian forces were carrying out “assault operations” on the Azovstal plant.

Russian President Vladimir Putin has already declared victory over the city, but control of the steel mill would be a symbolic achievement.

Putin publicly told the military not to storm to avoid the loss of Russian lives, but those orders were either ignored or privately rescinded, with raids underway in the underground tunnel network of the steelworks where Ukrainian fighters are resisting.

Viktoria Andreyeva, a 46-year-old history teacher, said: “There are still many people in Mariupol who want to leave but cannot.

Three cruise missiles fired from warships hit the city during a surprise visit by European Council President Charles Michel, who had to break off talks with Ukrainian Prime Minister Denys Shmyhal and rush to a bomb shelter.

No staff or guests were staying at the now-destroyed Grand Pettine Hotel at the time, and no casualties were reported. It was the third day in a row that airstrikes hit the coastal city.