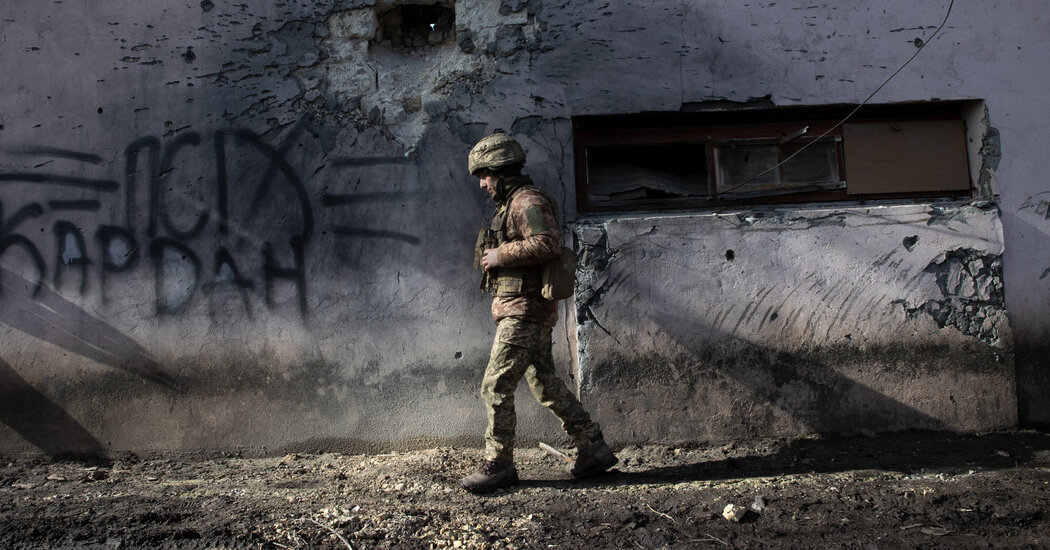 At the White House this week, President Biden said the United States had “reason to believe” that Russia was “engaged in a false flag operation” to use as an excuse to invade Ukraine.

A new report from the European Association of Experts, a research group that focuses on security in Ukraine, and technology watch group Reset Tech said that since October, disinformation researchers have been observing widely circulated rumors in online and in the Russian media that could be the basis for such an operation, or to help justify a military build-up.

“The rhetoric from pro-Kremlin sources has become much more aggressive lately,” said Maria Avdeeva, research director at the European Association of Experts.

At the request of The New York Times, the Global Disinformation Index, a nonprofit research group, independently assessed the report and said the research appeared reliable.

Here are some of the unsubstantiated claims that researchers from the European Association of Experts have found.

On December 21, Russian Defense Minister Sergey Shoigu claimed that the Ukrainian army was preparing to attack two separatist-held territories in Ukraine. The next day, the state-run RIA Novosti news agency published a report that claimed, without evidence, that a stockpile of chemical weapons had been given to Ukraine by the United States, researchers said.

Throughout January and February, the researchers said, Russian-backed media spread the rumor, which was amplified on social media. “Chemical weapons are already present on the territory of Ukraine,” said a message on an anonymous Telegram channel with 24,500 subscribers. The post was viewed by 7,000 people.

Unsubstantiated claim 2: The Ukrainian army is preparing to attack Donbass.

Russian state media spread rumors that the Ukrainian Armed Forces were planning an attack on Donbass, the breakaway region in eastern Ukraine, with the help of American, British and Polish mercenaries, researchers say. .

The rumor then spread on Facebook and YouTube. “The people of Ukraine are waiting for Mother Russia to free their younger sister from the Nazis and the State Department,” said a Facebook post that garnered nearly 100 likes. On YouTube, a video spreading the same unproven claim garnered over 31,600 views.

Unsubstantiated claim 3: Nuclear power plants are at the center of an American conspiracy.

In this account, the Russians accuse the Ukrainians and the Americans of planting a false flag.

Since January 30, Ukraine’s 15 nuclear power plants have been producing electricity, marking the longest period of full use of nuclear energy in the country. This comes as the Ukrainian authorities have decided to disconnect from the electricity grid with Belarus and the Russian Federation and have implemented the plan in this direction.

Russian state media began to spread the idea that Ukraine was overestimating its ability to meet its energy needs and that the country’s nuclear facilities were in dire need of repair. Russian media have suggested that Western countries may organize to attack nuclear facilities and blame Russia.

On February 12, a Telegram channel with more than 15,000 subscribers announced that the British Special Air Service was planning an attack on one of Ukraine’s power stations.

And on February 15, the Telegram channel of a Russian war correspondent, Aleksander Kots, alleged that Ukraine had requested special equipment from the United States to help mitigate a possible natural disaster, including to help with radiation. and chemical fallout, according to the researchers. Mr Kots added the unsubstantiated accusation that the Ukrainians were engineering a false flag event – accusing Russia of plotting a terror attack on a nuclear power plant. His comments were seen by 83,900 people on Telegram, the researchers reported.