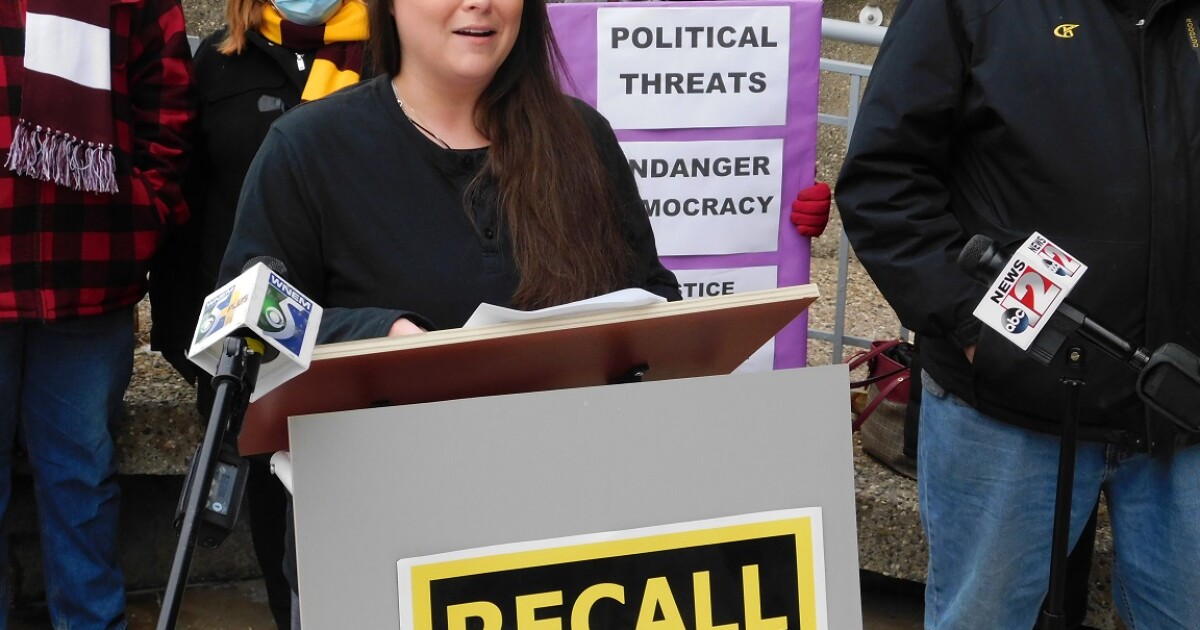 The chairman of the Genesee County Republican Party is set to face a recall election for his seat on a local school board.

A judge sentenced Matthew Smith last week to 12 months probation for making a malicious phone call to the Democratic County Clerk of Houghton in 2020. He pleaded guilty to the misdemeanor charge last year.

Clerk Jennifer Kelly claims that during the 1 a.m. phone call, Smith threatened to kill her dogs. Smith says the phone call was meant to “annoy” Kelly, who at the time was running for re-election against a friend of Smith’s. He denies threatening to kill his dogs.

The controversy led to the recall campaign against Smith.

Reminder committee organizer Jenessa Phillips said she collected more than 4,100 signatures, enough to put a reminder on the May ballot.

“We have heard from many people that it was Matt’s own words, media interviews and social media posts misrepresenting what happened to him in court that led to the outrage that prompted this effort above,” says Phillips.

Genesee County election officials will need to verify that there are enough valid signatures to qualify for a recall election. Smith will have the opportunity to challenge the signatures.