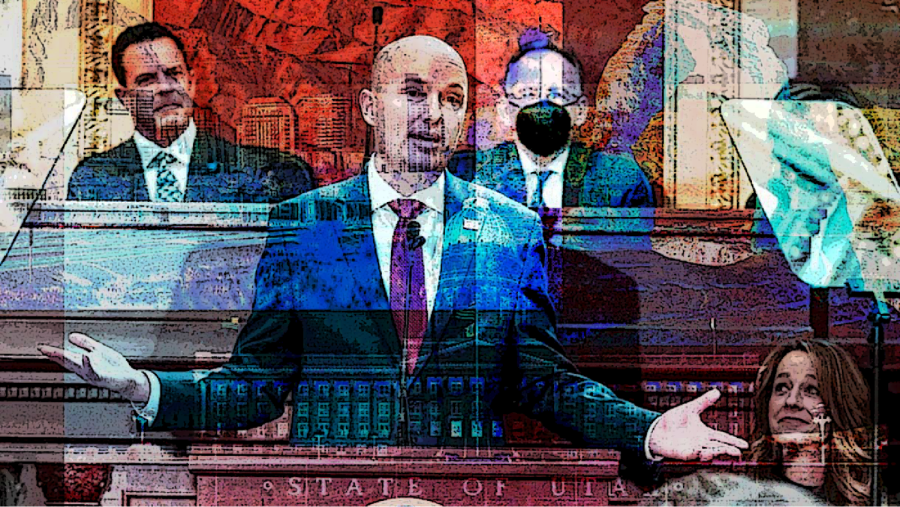 On January 20, Governor Spencer Cox delivered his second State of the State address to both legislative houses, the Utah Supreme Court, and other dignitaries. This speech comes at a time when Utah faces several complex issues. Cox understood the timing and the many issues that Utahns are concerned about. He therefore opened his speech in a non-traditional way, without acknowledging the multiple bodies and individuals in the room. Instead, he opted to welcome only “Utah officials” and “Utah countrymen,” immediately diving into his solutions.

Like many states in the United States, the governor spent much of his time on the podium lobbying for his budget and agenda. The Governor’s speech addressed several key issues. But what perhaps made the governor’s speech memorable were the broader political and cultural themes he touched on.

First, on inflation, Cox says Utah needs to be a “bulwark against bad decisions in Washington DC.” Cox is right to point out that the inflation Utah is experiencing is due to bad decisions made in DC As the speech continued, Governor Cox spoke about Utah’s status as the fastest growing state in the nation. With that, he also said this to new residents of Utah: “Please don’t try to turn us into the place you just left. We cannot let our state become California.

Earlier in his speech, Governor Cox pointed out that Utah is in the strongest fiscal position it has never been, with the largest budget surplus in state history and a huge $100 million tax cut for its inhabitants. In this part of his speech, Cox rightly points out that Utah is a booming state. With strong fiscal conditions and a winning economy, we shouldn’t be afraid to walk our path and continue to do so in what the Governor calls “The Utah Way.”

Governor Cox further criticized the federal government. He correctly pointed out that if they continue to recklessly spend dollars borrowed from future generations, our duty here in Utah is to make investments that support our next generation. He highlighted support for major economic stimulus and growth bills drafted by Majority Leader Mike Shultz and Representative Stephen Handy and support for Economic Opportunities Commission.

Governor Cox emphasized the importance of the institution of family. This amazing part of Utah culture led him to great success. Despite this, some have expressed concern that the continued creation of family units could lead to overcrowding. But that shouldn’t be a concern. As the Governor rightly points out, experts say now that a declining birth rate is a “major risk facing human civilization”. If families are happy and healthy, society is better off.

While the Governor touched on many more critical issues and broader political messages, what perhaps made this speech so impactful was Cox’s critique of his own party, national politics and his invitation to watch beyond our differences and to work together.

First Cox, talked about election integrity. The Governor emphasized that “some in our country have found unsubstantiated allegations and outright lies to be an effective means of destabilizing our Constitutional Republic and making it more difficult for their opponents to participate and vote.” It is undoubtedly a legend of Trump’s lies after his 2020 election loss.

But what was perhaps the most important point of the evening was Cox’s warning about the “culture war”, which he described as toxic and destructive. Governor Cox rightly points out that these cultural struggles are a symptom of the fact that all politics is national rather than local. This toxicity has seeped into state legislatures, city councils, and even school boards. As the governor said, we “reject false choices”, further “here in Utah, we protect religious freedoms and proudly love and protect our LGBTQ neighbors. We deeply love our refugees and immigrants from all regions of the world and respect the rule of law,” and “we fully support our dear people of color and our dear people in law enforcement.

I left House Chambers excited about Governor Cox’s vision for Utah in 2022 and beyond. A Utah that does not give in to the “culture wars” fueled by toxic national policies, a Utah that protects and supports growing families, a Utah that invests in the future with dollars not borrowed from future generations. A Utah that all Utahans should be proud to call home.