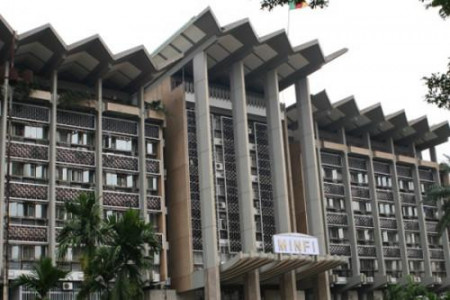 (Business in Cameroon) – Financial expert and former detainee, Michel Thierry Atangana, has started talks with the Cameroonian authorities to make them pay the debts owed to French companies within the framework of the Road Works Steering and Monitoring Committee ( Copyup). This Committee, created in the early 1990s and made up of French companies (Dumez, Socamat, EJL, ETPC, Jean Lefebvre, France Télécom, etc.), demands the payment of a debt now estimated at 316.8 billion of FCFA.

This debt, we learn, is made up of a nominal amount of CFAF 26.4 billion plus interest due to late payment in accordance with the agreement signed between the Republic of Cameroon, represented by the Minister of Finance, President of the Arrears State Commission and the French companies mentioned above. This agreement sets the interest rate at 10.5% per annum, from the due date not respected by one of the parties until the effective day of payment.

During the 1980s, Cameroon experienced one of the most serious economic crises in its history. This was marked in particular by the sharp decline in credits allocated to the public investment budget and the accumulation of unpaid debts to companies, particularly those in the building and public works sector. The companies had then decided, at least with regard to European and French companies, to leave Cameroon.

The government then hired Michel Thierry Atangana to convince French companies to maintain their activities in the country. The process required the regularization of debts and the suspension of payment schedules. This led in 1989 to the signing of agreements for the regularization and final settlement of debts between the State of Cameroon and the supplier companies.

However, Cameroon did not meet the deadlines, which increased the amount of debt. To deal with this situation, the President of the Republic creates Copisupr and appoints Michel Thierry Atangana Manager.

To raise resources, Copisupr needed bank certificates which, in turn, required the concentration of the assets of the partner companies through demand deposits. Two escrow accounts have been opened and managed jointly by the Treasurer General of Douala, representing the State of Cameroon, and the French oil companies in particular. Companies were required to transfer the special tax on petroleum products to escrow accounts.

While things seemed to be going well with an effective mobilization of partner companies, the Cameroonian government put an end to the operations, considering that these agreements doubled the debts following the devaluation of the FCFA in 1994.

Three years later, when Michel Thierry Atangana was arrested for embezzlement of public funds, the contributions of the partner companies were returned to the Public Treasury following a court order closing the escrow accounts.

Meanwhile, Mr. Atangana, arrested in 1997 and sentenced to 20 years in prison for an affair of embezzlement of public funds, was released in February 2014 thanks to a presidential decree. He has always denied the allegations made against him.