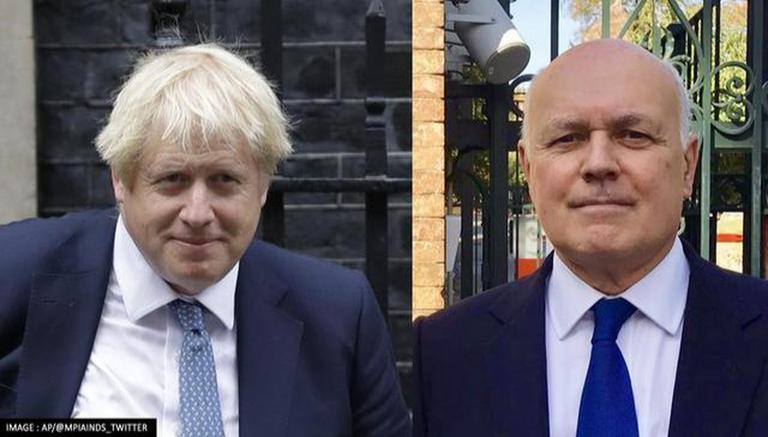 Amid growing pressure on British Prime Minister Boris Johnson over the Partygate row, former Tory (Tory) leader Sir Iain Duncan Smith came out in support of Johnson on Sunday, British media reported. By talking to BBCSmith urged opposition leaders to give Johnson time to deal with ongoing crises. According to Smith, it is Johnson’s responsibility to resolve the issue in order to restore trust and repair the damage that has created a vacuum between him and his colleagues.

Asked if the crisis would destabilize the government or damage the image of the UK Prime Minister’s office, Smith said: “None of us knows the answer to that question. The respect and trust you need to earn , and when you lose them, it’s a very difficult task to get him back at all levels. And so it’s going to be a huge task. The government and the Prime Minister have decided to try to do it.

It’s worth mentioning that Smith’s response comes nearly a week after five senior executives and a string of MPs said they had lost faith in Johnson. Calling the previous week the most disastrous for the British Prime Minister, Smith, in an interview with the British public service broadcaster, urged ministers to come and support Johnson.

According to the previous allegation against Johnson, several BYOB (Bring Your Own Booze) parties were held at the Prime Minister’s official residence, 10 Downing Street, during the height of the coronavirus lockdown in 2020. It is relevant to mention here that Downing Street is a 200 meter long street in the City of Westminster which houses the official residences and offices of the Prime Minister of the United Kingdom and the Chancellor of the Exchequer.

Earlier last month, Sue Gray, who investigated the Downing Street parties, gained access to a detailed log of the movements of staff entering and leaving the building where the alleged party was held during lockdown. Citing media rumours, the report said the party was also attended by a close friend of Prime Minister Boris Johnson’s wife, who has yet to be revealed.

Earlier in an interview with Sky NewsUK Deputy Prime Minister Dominic Raab acknowledged that any “deliberate lying” in the Commons would put the “British Prime Minister at risk” and added he was confident Johnson had given a straight answer in Parliament.