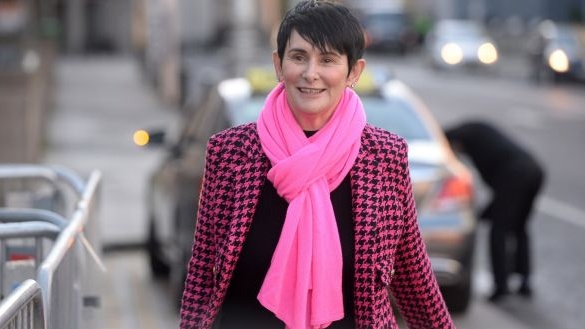 Ms Lennon, who left Eir last month, will take up her new role in July. She was the first woman to lead the telecommunications company after replacing Richard Moat as head of the company in 2018.

Salesforce, which currently employs nearly 1,400 people in the Republic, provides customer relationship management (CRM) solutions to clients including Accenture, Intel, Adidas, Merck and Sky. Founded by Marc Benioff and Parker Harris in February 1999, the company is headquartered in San Francisco. It opened its first international hub in Dublin just one year after starting operations. The main functions of Irish operations include sales, customer service, operations and engineering.

She joins the software giant shortly before the opening of Salesforce Tower Dublin on North Wall Quay.

“I am thrilled to be joining the next chapter of Salesforce’s success in Ireland,” said Ms. Lennon. “Salesforce is a unique company, focused on delivering cutting-edge technology while being committed to a set of core values ​​and the broader role businesses can play in society. I look forward to joining this talented team and to continue his outstanding work.

Ms Lennon joined Eir in 2010, serving in several senior roles before being chosen to run the business. She also previously worked at Vodafone Ireland.

Dr Dempsey, who led Saleforce Ireland for the past 22 years, will remain a senior adviser and a member of the company’s board.

The company has announced plans to create 1,500 jobs in Dublin over a five-year period in 2019 to coincide with the move to Salesforce Tower Dublin.