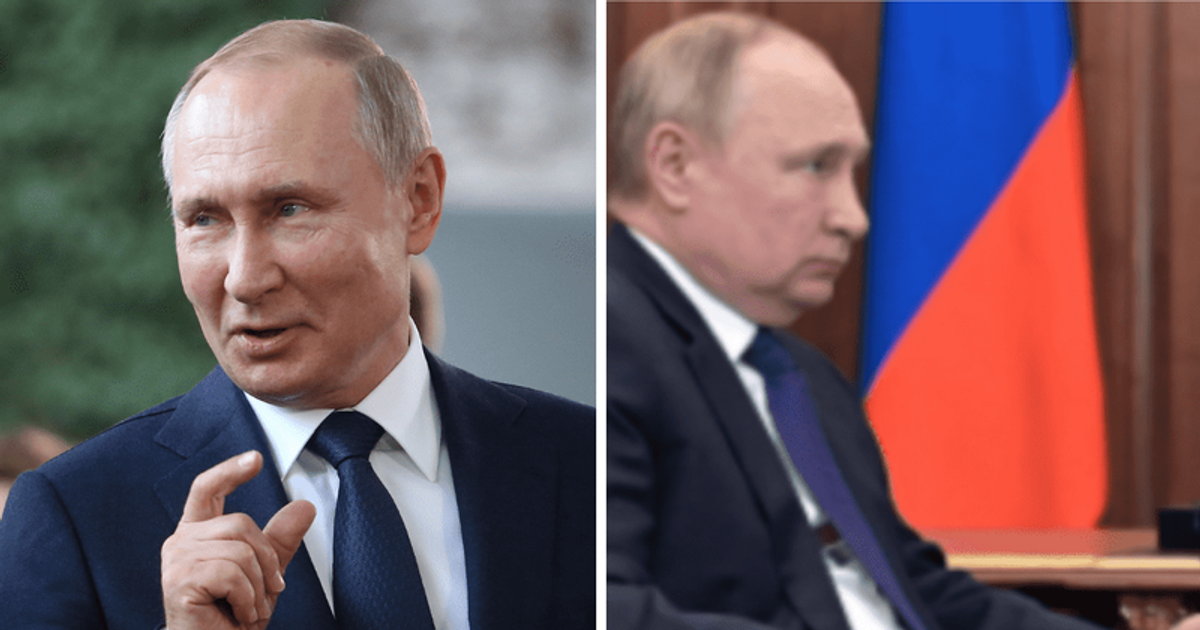 Vladimir Putin has always been famous for his fitness apart from his aggressive politics. But in recent days, several reports came in claiming he was out of shape. Additionally, a photo of the Russian president released a few days ago showed him meeting St. Petersburg Governor Alexander Beglov when he looked pale and puffy, prompting speculation that he could be seriously ill.

Furthermore, it has been said that Putin’s decision to attack Ukraine likely had ties not only to his deranged mental health, but also to his deteriorating physical condition. While there is no word from the Kremlin on the 69-year-old’s health, multiple researchers have claimed he was suffering from something serious and life-threatening.

Does Putin have cancer?

Political scientist Valery Solovei, who headed the public relations department of the Moscow State Institute of International Relations, said earlier that Putin suffered from cancer in addition to Parkinson’s disease. To back up his claims, he also noted that the Russian boss underwent emergency surgery in February 2020. Solovei had said, “One is psycho-neurological in nature, the other is a cancer issue. If anyone is interested in the exact diagnosis, I am not a doctor and have no ethical right to reveal these issues.

He added: ‘The second diagnosis is much, much more dangerous than the first named diagnosis because Parkinson’s disease does not threaten the physical condition, but simply limits public appearances. But there is a fatal diagnosis. Based on this information, people will be able to draw a conclusion about his life horizon, which would not even require specialized medical training.

Another source said Putin had been operated on for abdominal cancer. It has also been claimed that in early 2021 he will step down from his presidential chair. But Putin’s spokesman, Dmitry Peskov, refuted these claims and called them “absolute nonsense”.

However, with the onset of the pandemic, claims that Putin has cancer have grown stronger as he has been seen taking extreme measures to avoid contracting the virus. The Sun reported that “people taking immunosuppressive drugs, such as cancer patients or those with chronic conditions, are known to be at higher risk of contracting a severe case of Covid. And there has been a flurry of speculation about the reason for Putin’s decision to sit within meters of foreign leaders and even his own colleagues.

Last week, Republican Senator Marco Rubio, who has the power to see classified intelligence, also cast doubt on Putin’s well-being, tweeting: “I wish I could share more, but for now I can to say it’s pretty obvious to many that something went wrong with #Putin He’s always been a killer, but his problem is now different and important It would be a mistake to assume that this Putin would react the same way he did would have done 5 years ago.

I wish I could share more, but for now I can say it’s pretty obvious to many that something is wrong with it. #Putin

He was always a killer, but now his problem is different and important

Apart from that, Fiona Hill, the former British White House expert on Russia, commented on Putin and tried to provide the reason behind his change in appearance. She explained: “Putin doesn’t look so good, he’s kinda puffy-faced. We know he complained of having back problems. Even if it’s not anything worse than that, he may be on high doses of steroids, or there may be something else. There seems to be an urgency for this which may also be driven by personal factors.

Hill noted: “Perhaps he feels the clock is ticking – after all it’s been 22 years (in power) and the likelihood that after that kind of time a Russian leader will leave voluntarily or through elections is quite thin. Most leaders either leave as Belarusian President Alexander Lukashenko thought he might leave, following massive protests, or they die in office.