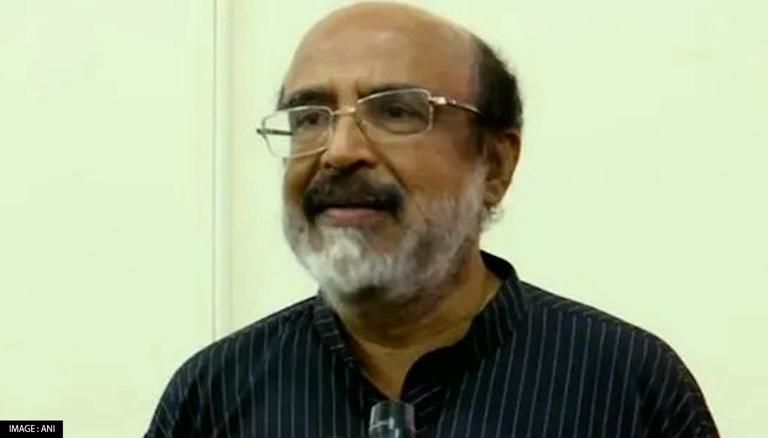 CPI(M) senior leader and former Kerala Finance Minister TM Thomas Isaac said on Monday that he had received a summons from the Directorate of Law Enforcement (ED) via email and accused the central agency of “leaking it to certain reporters” before it got into his hands.

Isaac also expressed his inability to appear before the investigative agency on Tuesday, saying he had to take three courses at a party-run institute in Thiruvananthapuram.

It was reported on Sunday that the ED had notified Isaac requesting his appearance before it in connection with its investigation into alleged violations in the financial dealings of the Kerala Infrastructure Investment Fund Board (KIIFB) when he was Kerala’s finance minister in the old DFL. government. Isaac then denied it, saying he hadn’t yet received any notice from the central agency.

Later that day, in a Facebook post, Isaac confirmed that he had received an email ordering him to come to the ED with the account book and other documents.

He said the notice would have been sent to his address in Kalavoor, Alappuzha, where he had lived 15 years ago.

“I didn’t receive it even when it was leaked to some reporters,” Isaac said, alleging there was something fishy.

The CPI(M) central committee member said he could not appear before the ED on Tuesday as he has to complete three courses at the EMS Academy in Thiruvananthapuram. He said the decision on his appearance before the investigative agency will be made by the party after discussion.

Speaking to reporters earlier in the day, Isaac accused the Center of “misusing” central investigative agencies for “political gains”.

Calling the ED opinion a “political move”, Isaac said: “The Center BJP government is misusing all investigative agencies for their political gains. Before the last election, the ED, CAG and even the income tax department were after the KIIFB. So what happened? The KIIFB is the state government’s primary agency for funding large and critical infrastructure projects and had raised Rs 2,150 crore last year through its first masala bond issue as part of its plan to raise Rs 50,000 crore to fund major critical infrastructure projects in the southern state.

Isaac also detailed the positive impact of KIIFB in the state.

“Public schools have been modernized, people are witnessing changes in our public hospitals and our roads are being repaired one by one. The Transgrid project will be completed by the end of this year, there is no shortage of electricity and the KFON is nearing completion,” he said.

The left-wing leader alleged that the BJP had been “shaken” by Kerala’s achievements through the KIIFB.

“We are carrying out tasks that were considered impossible and this has shaken the BJP. Their attitude is to entrust infrastructure development to companies. But if we do, then they (companies) will expect returns. do we need toll booths on our roads? Are we willing to pay exorbitant fees in hospitals and high fees in schools due to renovations and modern facilities?” Isaac asked.

It is an alternative, a model of Kerala, underlined Isaac.

During the campaign for the National Assembly elections last year, Union Finance Minister Nirmala Sitharaman criticized the functioning of the Kerala Infrastructure Investment Fund Board (KIIFB), alleging that the Comptroller and Auditor General (CAG) had flayed its financial transactions.

She had also called the functioning of the KIIFB “questionable”.