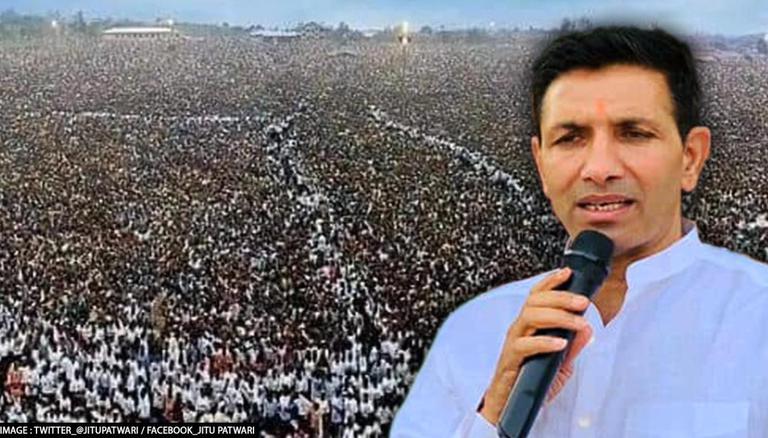 Madhya Pradesh Congress State Speaker Jitendra Patwari in a now deleted tweet posted a photo and claimed that a huge crowd had gathered for Congress scion Rahul Gandhi’s Bharat Jodo Yatra in the district of Ballari in Karnataka.

Sharing the image, the Congress leader took to Twitter and wrote, “Jansailaab umadh raha hai, pura Bharat chal raha hai (people are coming in large numbers, almost as if all of India is marching with us).

However, shortly after Jitendra Patwari, popularly known as Jitu Bhaiya in Madhya Pradesh, posted the photo claiming it was a scene from the ongoing Congress yatra, netizens did not were quick to correct him saying the image was a stock photo and was originally taken in Nigeria. and not during the Bharat Jodo Yatra of the Congress party.

Fact-checking the image, a social media user posted the images from the articles which revealed that the footage was actually captured in Nigeria during the Azusa Street Revival Crusade.

While another user threw a dig at the party leader saying, “They have no idea there’s anything like reverse image search.” “Here we go, tweet deleted,” the user added.

Notably, it was not just the Madhya Pradesh leader who tweeted the wrong image, but National Congress Coordinator Ritu Choudhary also posted two photographs with the same claim. “Rahul Gandhi is making history. Tsunami of crowds in Karnataka,” Choudhary tweeted. however, the tweet has now been deleted. 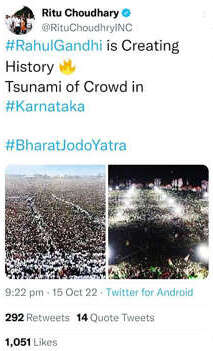 After Jitu Patwari deleted his factually false tweet posted on October 16, he again shared an image on October 17 with the same caption, “Jansailaab umadh raha hai, pura Bharat chal raha hai.” However, this time the photo was different from the previously posted photo.

However, this time too, he failed to verify the image as the same image was shared by Congress leader Mohammed Feroz Khan on October 13, 2021, claiming that the image was from the ‘Vidyardhi Nirudhyoga Siren’ meeting held in Telangana.