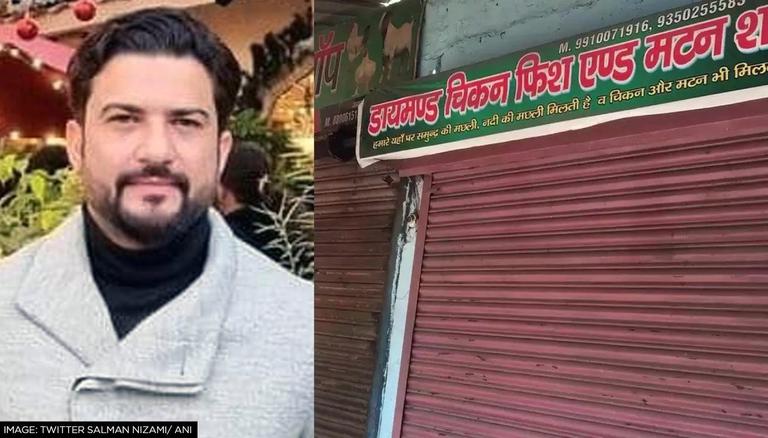 Amid calls for a ban on meat sales during Chaitra Navratri, Congress leader Salman Nizami questioned whether the administration would also respect Muslim sentiments by banning alcohol sales during Ramzan.

Butcher shops were closed in South Delhi and parts of Uttar Pradesh during the nine-day Navratri. Official communiqués have also been published in some regions, decreeing the closure of butcher shops until April 11.

“If the sale of meat is to be closed during Navratri, then why not ban alcohol during Holy Ramadan? If you don’t eat onions or meat in Navratri, why stop others. Is this democracy? What about our feelings and our constitutional rights? Nizami tweeted.

If the sale of meat is to be closed during Navratri, then why not ban alcohol during Holy Ramadan? If you don’t eat onions or meat at Navrati, why stop the others. Is this democracy? What about our feelings and our constitutional rights!

The South Delhi Municipal Corporation announced on Monday that meat shops will remain closed in the area during Navratri celebrations. Giving the order, South Delhi Mayor Mukkesh Suryaan said: “During the festival, 99% of households in Delhi do not even use garlic and onion, so we have decided that no meat shop will only be open in southern MCD”. The civic body said it would also impose fines on violators. He said the decision was made with “public feelings” in mind.

There are approximately 1,500 registered meat shops in SDMC jurisdiction. This is the first time the civic body has called for the closure of butcher shops under its jurisdiction during Navratri. East Delhi Municipal Corporation Mayor Shyam Sundar Agarwal said the move would promote harmony.

Delhi BJP MP Parvesh Sahib Singh Verma backed the leadership of the South Delhi mayor on Tuesday, saying such restrictions should be imposed across the country.

“The Navratri festival is there with people who fast and worship the goddess. Whether it’s her Muslim community or others, they have to respect her, as our culture says,” Verma told reporters.

A day ago, the mayor of Ghaziabad, who issued a similar directive, rejected the order requiring the closure of all butcher shops. In issuing an amendment on Saturday, Mayor Asha Sharma said retailers must follow orders from the Uttar Pradesh government.