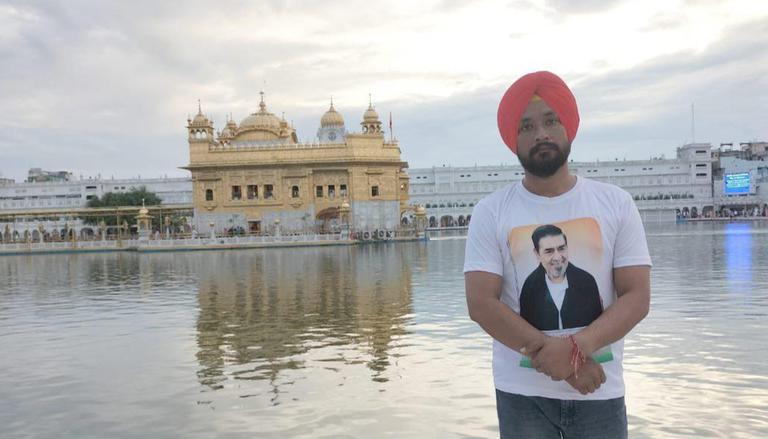 Hurting the feelings of the Sikh community, a man, apparently a congressional employee, walked to the Golden Temple on Wednesday wearing a t-shirt with the picture of Jagdish Tytler, who is named as a defendant in the anti-Sikh riots in 1984.

Karamjit Singh Gill, who is believed to be associated with Congress, not only had his photo clicked inside the premises with the T-shirt on, but also went viral on social media.

SGPC Deputy Secretary (Media) Kulwinder Singh Ramdas said that on the instructions of SGPC Chairman Harjinder Singh Dhami, a police complaint has been filed against Karamjit Singh Gill by the director of Sri Darbar Sahib.

“Visiting Sri Harmandar Sahib while wearing a t-shirt with a picture of such a person (Tytler) is an act of hurting Sikhs,” Dhami said.

Congress leader Jagdish Tytler’s name had figured in connection with the 1984 anti-Sikh riots.

The SGPC chairman said it was clear that Amritsar-based Karamjit Singh had committed the act as part of a “deliberate conspiracy”.

Harmandar Sahib is the central shrine for Sikhs and is also a center of devotion for people around the world, the SGPC chief said, adding that hurting Sikh feelings at this holy place cannot be tolerated.

(With contributions from the agency)