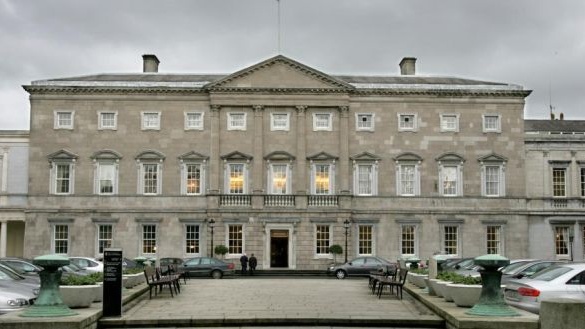 The state’s level of corruption improved slightly over the past year, placing it joint 13th in 2021 on the Corruption Perceptions Index (CPI).

The Republic’s score on the CPI fell from 72 to 74, in a ranking of 180 countries based on levels of corruption. Ireland’s score is based on the results of eight separate surveys and studies, carried out by international think tanks and political risk management agencies.

The more a country receives out of 100, the less it is perceived to be affected by public sector corruption.

Ireland was on par with countries like Canada, Iceland, Estonia and Austria in 2021.

Transparency International chief executive John Devitt said that while Ireland performed relatively well against most countries on the CPI, it was “no indicator of actual levels of corruption here”.

“The risk of corruption is still underestimated in local governments, businesses and public bodies and our latest public survey, the Global Corruption Barometer, showed that a large part of the public thinks corruption is a problem. “, did he declare.

If the government is to restore public confidence in its ability to end abuse or misuse of power, Devitt said, “it must accelerate its efforts to promote transparency and accountability in the public service.”

Speaking at a webinar to promote the annual index, Devitt said the state needs to be “much more proactive in sharing information about government contracts” and proposed the creation of an office. independent anti-corruption agency dedicated to investigating political corruption.

Transparency International Ireland has called for the reinstatement of the Public Sector Standards Bill 2015, which expired in the last election.

“The bill would have implemented reforms proposed by the Mahon court in 2012 and would require TDs and executive holders to disclose additional financial interests, including loans and material liabilities. It would also have reformed the Public Service Standards Commission,” Mr Devitt said.

In addition, Transparency International Ireland recently called for the implementation of a long-term open government strategy and reform of the Elections Act to remove restrictions on funding for human rights groups. and charities campaigning under its upcoming National Open Government Partnership Action Plan.

“There needs to be more ambition from Ireland to drive reform forward if we are to be among our peers in Europe,” said Catherine Lawlor, Advocacy and Research Coordinator at Transparency International Ireland.

Global corruption was “the greatest obstacle to solving the world’s most intractable problems, including climate breakdown”, he said.

Professor Robert Gillanders of the DCU’s Anti-Corruption Research Center (ARC) said that “if people are seen to be acting with impunity, there is no surer way to undermine your democracy. We see it all over the world. Where you have a higher perception of corruption, people trust the state less,” he said.

This led to people “not taking the covid vaccine, not paying their taxes… Impunity is poison for a country,” Mr Gillanders said.

Countries at the top of the index must not allow their institutions to deteriorate, said corruption measurement expert Dr Roberto Kukutschka.

“If you are at the top of the index, stay on top and continue to strengthen your institutions and fight corruption. Even if you believe it is no longer happening. It is very important to avoid institutional decadence and democratic backsliding,” he said.