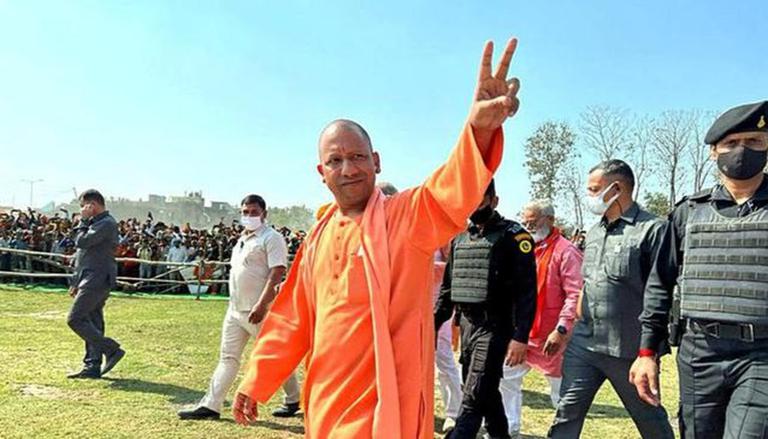 At a press conference in Lucknow on Saturday ahead of the final phase of the UP Assembly elections, Uttar Pradesh Chief Minister Yogi Adityanath expressed his confidence in the continuation of the BJP government during of the ongoing assembly elections and said that ‘Lotus (symbol of BJP) will be blooming on March 10.’

Noting the work done by the “twin-powered” government in the country’s most populous state over the past five years, CM Yogi said the BJP has strengthened the country’s internal and external security. UP CM Yogi added that the BJP has also worked to develop infrastructure and work for the welfare of the poor. CM Yogi Adityanath asserted that many social welfare programs have been made accessible to the people without any discrimination.

The UP Chief Minister also spoke about the work done by the Bharatiya Janata Party over the past five years for the welfare of the farmers in the state. “By giving all the benefits of government programs to Annadata farmers, the BJP government has done the job to bring change in their lives,” said CM Yogi.

Hailing Prime Minister Modi’s leadership for moving everyone together on the path of development, the incumbent UP CM said: “It happened for the first time after 2014 that the Prime Minister worked with the motto of Sabka Saath, Sabka Vikas”, and the result of which has been visible in recent years.

Criticizing previous UP governments for patronizing goons and mafias, CM Adityanath added: “Before 2017, Uttar Pradesh was recognized as a riot-prone state. Lawlessness was widespread, roads were broken and power outages were hallmarks of Uttar Pradesh.

However, now Uttar Pradesh is moving along the path of development, according to the BJP leader. The former Lok Sabha MP added, “Today every girl, every sister feels safe in the state. Medical colleges have been built in Ghazipur and Jaunpur. Another medical college is under construction in Bhadohi and a medical institute equivalent to AIIMS is being established in Varanasi,” he noted. “The state-of-the-art cancer institute was also launched by the state premier,” noted CM Yogi.

Azamgarh, Mau, Jaunpur, Ghazipur, Chandauli, Varanasi, Mirzapur, Bhadohi and Sonbhadra are among nine districts in Uttar Pradesh that will go to the polls in the seventh and final round of elections on March 7.