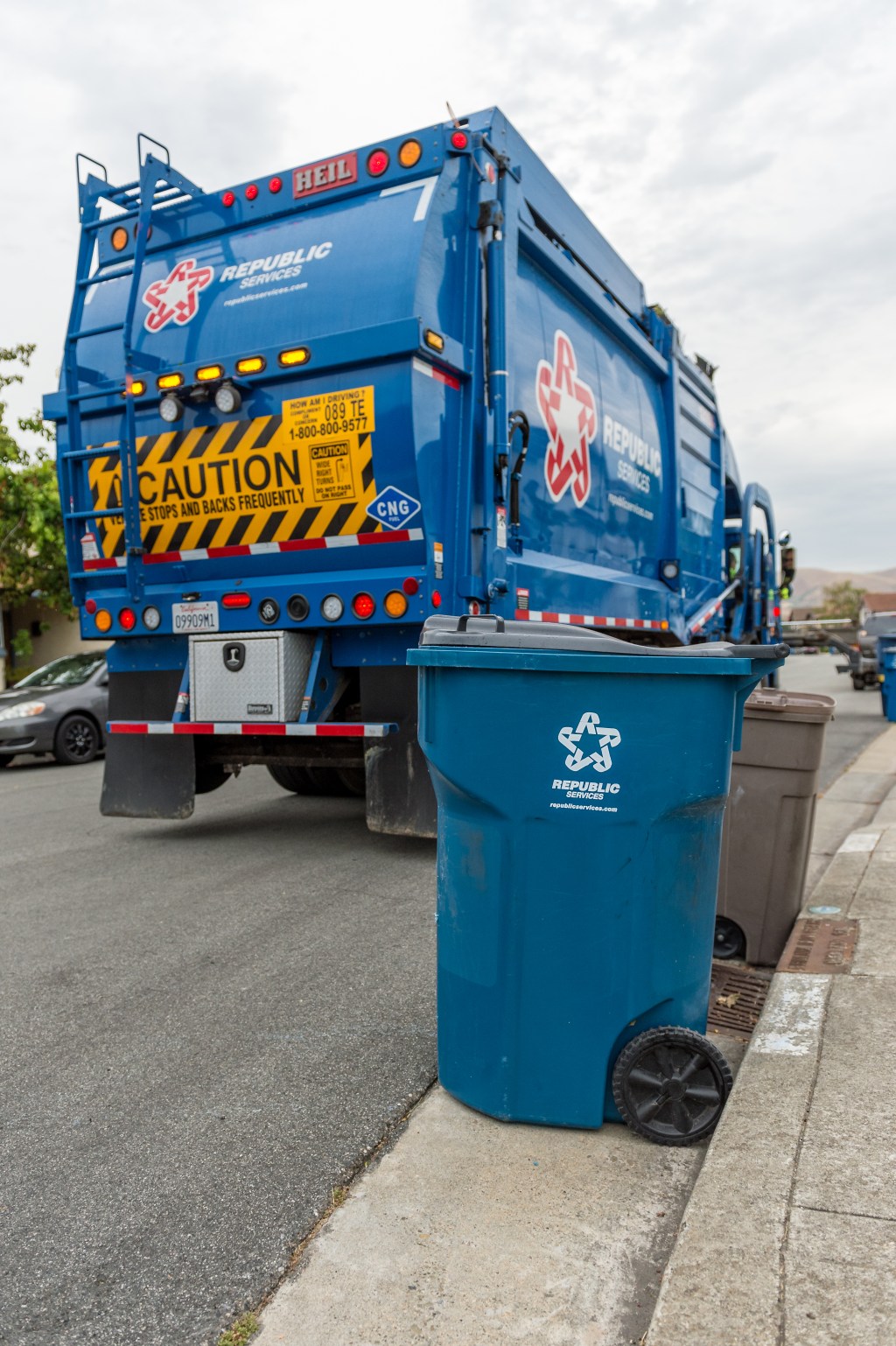 ANTIOCHANTIOCH — Residential trash rates will rise 7.6% this year and next under a decision by Antioch city leaders to comply with a new statewide mandate to reduce organic waste in landfills.

Commercial users will also see new rates with a one-time 7.7% hike under the plan approved by city council on Tuesday.

By comparison, Concord recently passed a 21.55% garbage rate increase, while Oakley approved a 23.3% increase in residential rates in an effort to comply with the state mandate.

“It’s happening up and down all over the state,” said Susan Hurl, business manager of Republic Services, the city’s waste disposal service. “It’s been difficult for city councils at this point to make these rate increases, but that’s what it is and that’s another mandate of the state.”

The new residential rates follow SB 1383, a law established in 2016 to reduce methane emissions from decaying organic waste, which contribute to global climate change. The state has set a goal to reduce organic waste in landfills by 50% by 2020 and 75% by 2025.

In her report, Antioch Environmental Resources Coordinator Julie Haas-Wajdowicz offered four options for rate increases, ranging from 9.8% to 20.1% for residents and from 7.7 to 13, 9% for commercial users with the city’s provider, Republic Services. The first three options waived franchise fees, which would have resulted in between $300,000 and $600,000 less tax revenue for the city, while the fourth option reduced residential fees by 2%.

The rate options represent the city’s efforts to comply with the mandatory organics program while keeping rates as low as possible for Antioch, according to the report. All options include adding food waste to the residential green cart and taking the contents of those carts to a composting facility rather than a landfill.

Councilor Lori Ogorchock moved to approve option 3 for weekly compost collection and with an additional router auditor and commercial recycling coordinator as recommended by staff. This option would have resulted in a rate hike of 20.1% for residents and 13.9% for businesses, but it failed for lack of a second.

Mayor Lamar Thorpe offered Option 4, suggesting the 15.2% rate, which was reduced due to Republic’s 3½-year contract extension. However, he called for the rate increase to be split into two parts, one this year and one the following year.

Antioch City Attorney Thomas Lloyd Smith, however, warned that with this option, the contract with Republic Services would be extended until 2028.

“What you’re offering here is a lower rate, but you have to stick with them (Republic Services),” Haas-Wajdowicz said, noting that the city hasn’t put out a call for tenders for the services. ‘garbage since 1974. “You don’t get to go out and compare other service providers in 2025 (when the contract expires).

Haas-Wajdowicz later said no date had been set for the launch of the new residential program, although Republic Services has offered commercial organics collection for months.

Check back for updates.