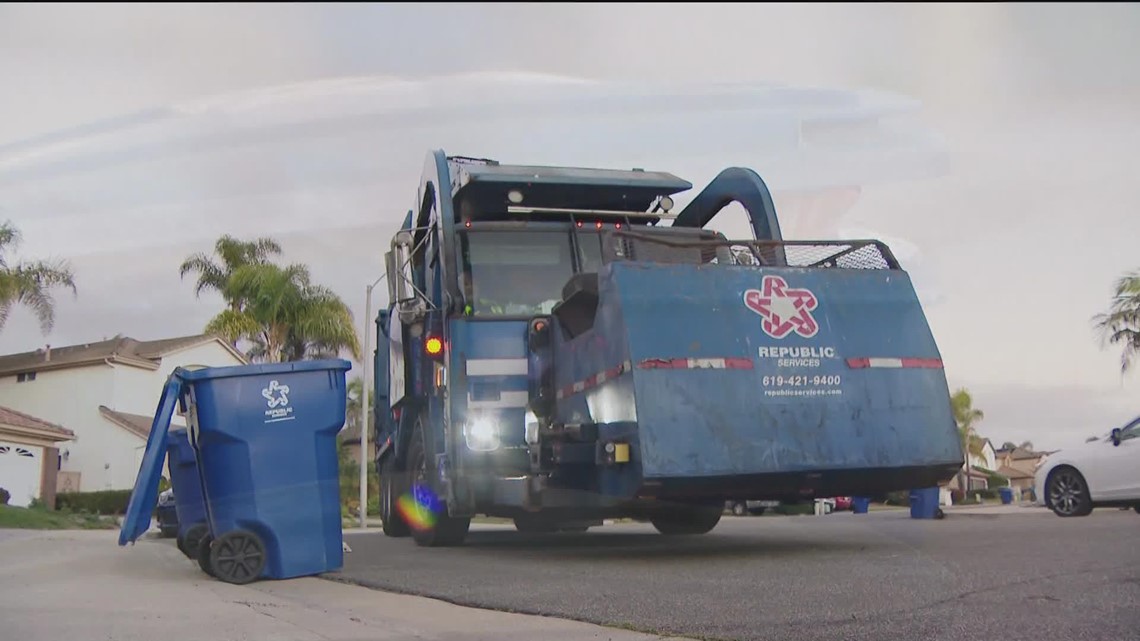 Chula Vista reached an agreement with Republic Services for fees the city had to pay during the garbage strike. 100% billing credits for customers are not included.

SAN DIEGO — Mountains of trash were found all over Chula Vista during the 30-day trash strike. The strike ended in January and it is only now that the city and the services of the Republic have been able to reach an agreement for reimbursement.

Employees at the company went on strike for weeks over stalled contracts, affecting hundreds of customers who were forced to seek alternatives on how to dispose of their waste.

“Yes, my husband was loading the truck and taking it to the dump,” said Sally Zaragoza, a Chula Vista resident who had to witness the strike.

During this period, Chula Vista spent approximately $107,000 on equipment for its own staff to pick up trash.

“We are now getting a final agreement that reimburses the city for its trash removal efforts and the hiring of outside vendors to pick up trash during the strike,” councilman John McCann said.

Councilman McCann announced that in the signed settlement, Republic services would have to pay the costs but also thousands of services.

CBS 8 asked McCann on Tuesday night if customers can expect reimbursement for trash they hauled to landfills on their own.

That’s why other council members oppose this deal and voted against it.

“I strongly expressed my belief that there should have been 100% bill credits for all customers during board deliberations in February, rather than approving republic’s initial offer. I voted against this settlement finalized in early March and I remain very disappointed with my colleagues.”

RELATED WATCH: New call to action to clean up the mess after month-long trash strike (February 2022)