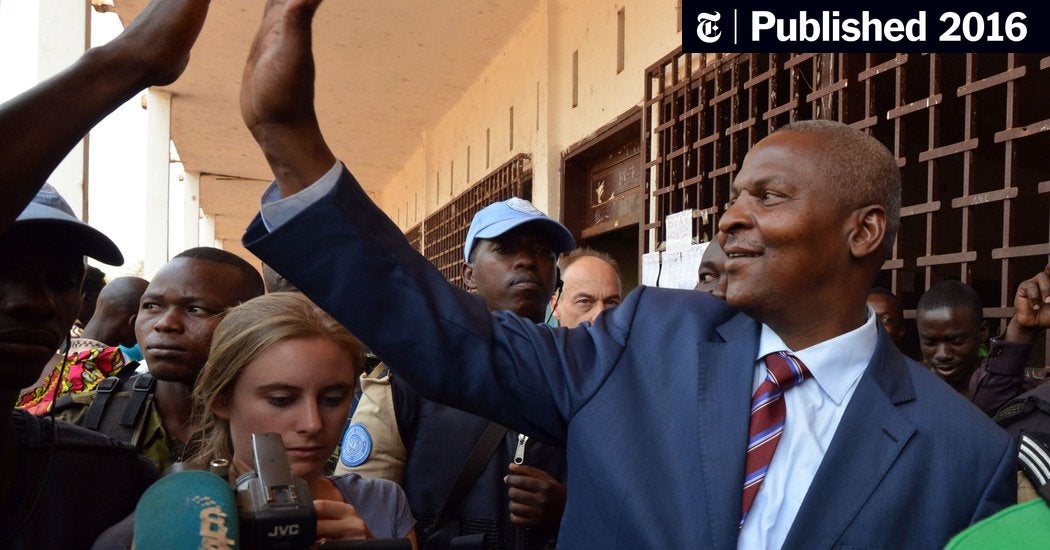 BANGUI, Central African Republic – A former prime minister, Faustin Archange Touadéra, has won the election to run as president of the Central African Republic, according to preliminary results, paving the way for the first elected government in three years for a poverty-stricken country that is just emerging from a devastating civil war.

Mr Touadéra was declared the winner after winning nearly 63% of the vote in a second round, the National Elections Authority announced on Saturday. The results have yet to be confirmed by the country’s Constitutional Court, but are expected to stand after Mr Touadera’s main rival said he would not challenge them.

On Sunday morning, as some of his supporters marched through the streets, beating drums and chanting, Mr. Touadéra said he would focus on rebuilding the struggling economy of a country that is one of the most poor in Africa.

“We, Central Africans of all regions, religions, social status and generations, will transform our country into a vast workshop that offers job opportunities to young people and creates wealth that is redistributed equitably”, declared the elected president.

Anicet-Georges Dologuélé, who was in the lead after the first round of voting in December, conceded the election an hour after the results were announced. He said the poll was marred by widespread fraud, but urged his supporters to remain peaceful and “support the new president in his efforts to rebuild the country”. Election observers said that although some fraud occurred at some polling stations, it would not have affected the final vote.

Mr. Touadéra, 58, is a former professor of mathematics and a former rector of the University of Bangui. He served as prime minister under former President François Bozizé from 2008 to 2013, and resigned just before Mr Bozizé was overthrown by mainly Muslim rebels known as Séléka. A downward spiral of sectarian strife followed Bozizé’s ouster as a predominantly Christian militia known as the anti-Balaka launched counterattacks against the Seleka; thousands of people were killed and almost a quarter of the population was displaced.

Mr. Touadéra ran as an independent candidate, presenting himself as a man of the people, traveling to the provinces by road instead of booking private flights as his rivals did.

The new government, expected to be in place by mid-April after legislative elections, will end a transitional government set up in 2014 as part of a peace plan to end the conflict. It will face considerable challenges: The economy was devastated by the conflict that broke out in 2013. About 60% of the population lives in poverty.

During the election campaign, Mr. Touadera said that one of his main priorities was “to attract investors so that Central Africans and foreigners feel welcome to do business in the country”. He said he plans to develop remote provinces, especially in the north, which lack primary infrastructure after years of neglect by previous governments.

But huge challenges remain. Armed groups from the Seleka and anti-Balaka-affiliated gangs still control parts of the country where the state has virtually no presence.

“The government will need to disarm and reintegrate these combatants through a viable disarmament, demobilization and reintegration process; reform the national army, which collapsed in 2013, to ensure proper protection of civilians; and managing the return of displaced people and refugees,” said Lewis Mudge, researcher at Human Rights Watch. “If these issues, none of which are easy, are not given proper attention, we could face another war in the near future.”

Disarming armed groups will not be easy, analysts say.

“The new government will have to show its willingness and ability to engage with all ex-Séléka and anti-Balaka factions, and provide more guarantees than government jobs,” said Thierry Vircoulon, senior consultant on Central Africa. for the International Crisis Group.

Thibaud Lesueur, senior analyst for the crisis group for the Central African Republic, said: “Although some leaders have shown a willingness to negotiate, hardliners will likely seek to destabilize the new government.” Mr Lesueur added that the French troops brought in to support a United Nations force would leave gradually this year, “and this increases the risk of post-election violence”.

The constitutional court will rule on the results of the March 11 presidential election, and the new president is expected to be sworn in by the end of this month. Legislative elections, which were postponed last year due to widespread irregularities, are due to be completed by the end of April.