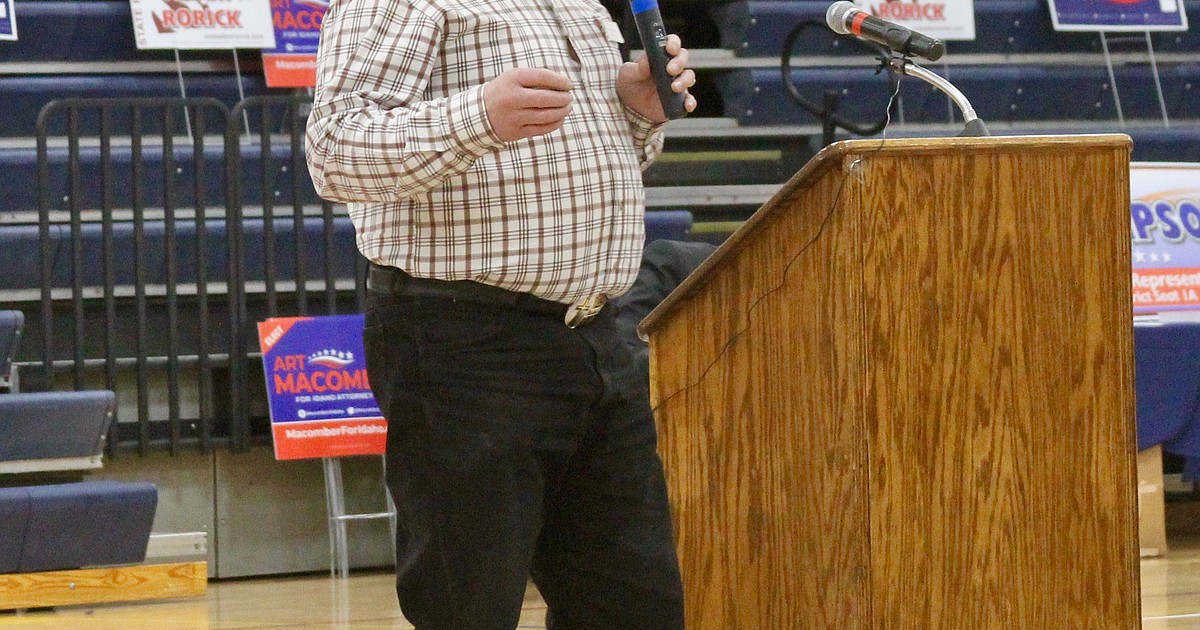 BONNERS FERRY — Candidates for state office made their pitches to voters at a March 31 candidates’ forum in Boundary County.

The Bonners Ferry Chapter of the John Birch Society sponsored and organized the event.

Bradshaw said Gov. Brad Little’s “failures” led him to announce a candidacy for the seat, saying he misled Idahoans and “miscredited” McGeachin. He also spoke out against mask mandates and said the governor was not complying with the timeline of COVID-19 protocols he issued while campaigning for re-election.

Bradshaw also focused on taxes in Idaho and how we always talk about tax breaks, a phrase he says is misleading, saying instead that it’s actually about tax changes. Tax breaks happen when the taxpayer pays less than before, Bradshaw said.

He said he would repeal the grocery tax and provide the biggest tax break in Idaho history.

“If the governor doesn’t know what to do with our taxes, I’d like it clawed back,” he said.

He spoke out about receiving funds from the American Rescue Plan Act due to vague language about having to comply with future executive orders. He maintained that Little maintained the state of emergency so Idaho could qualify for the money.

He said he was not in favor of receiving federal dollars when children and grandchildren of Idahoans foot the bill in the future.

She said Little was lying about not shutting down Idaho like other states were.

She spoke out against citations given to businesses that opened “out of necessity” despite the state shutdown in early 2020.

“It’s one of the first things I’ll do as your governor. I will return all such quotes and fees that have been issued to legitimate businesses that have opened outside of [Little’s] command,” she said.

She spoke out against Little’s opposition to a bill banning vaccination mandates for businesses. She asked why he would do this after spending taxpayers’ money suing the Biden administration over vaccination passports.

“I wonder how much money, how much of our tax dollars, our governor spent suing the Biden administration for those vaccine mandates, when he vetoed a bill that would have banned it. in [our] own state.

Representative Priscilla Giddings was the only candidate for lieutenant governor who could attend the forum.

She spoke of her time in the military struggle for freedom in Afghanistan.

“We saw our friends die for freedom there. And I realized here that we are fighting for the freedom of Afghans, for them to have the rule of law, for them to have free and fair elections,” she said. “In the meantime, we are losing those freedoms right here at home. And so I felt called to come home and fight for freedom in our own backyard.

She also spoke out on vaccination mandates.

“We’re at that point now where my daughters don’t have the same opportunities I had as a kid based on their vaccination status and skin color,” Giddings said. “And that’s why I said it’s time to start fighting for freedom right here in the Legislative Assembly.”

If elected, she said she would continue to speak out against corruption and stand up for what she thinks is right instead of giving in when the money starts talking, Giddings said.

Art Macomber is running for Idaho Attorney General. Raúl Labrador accepted the invitation to the forum, but had a last minute cancellation.

Macomber has said he is pro-life, pro-gun and pro-freedom. He said he practiced in Idaho courts for 15 years, defended the Idaho Supreme Court six times and, unlike his opponents, he said he was a practicing lawyer, not a politician.

“It’s not too late to take back our state. Over the past two years, Idaho has been subjected to draconian public health measures unprecedented in our history,” Macomber said.

He said the system of checks and balances failed during COVID-19.

“Our system of checks and balances has failed during the COVID pandemic. The political actors tasked with defending your freedoms were either silent or silenced,” Macomber said. “Your executive branch of the state has sacrificed your statutory and constitutional rights on the altar of Cares Act funds.”

He said he would fight executive excesses, strengthen state sovereignty and protect the balance of Idaho.

Had he been attorney general in the past two years, he would have joined Texas’ election integrity lawsuit against Pennsylvania, Macomber said. During the first renewal of the governor’s emergency proclamation, he said he would have sued Little for acting outside of that constitution and statutory authority.

“It is time for the people of Idaho to take back their state. Nothing less than the future of our Republic is at stake,” he said.

Representative Dorothy Moon from District 8B was the only candidate for Secretary of State at the forum.

Moon said she chose to throw her hat in the race because the other candidates running were not conservative despite having a 98% lifetime rating by the American Conservative Union. She said she was trying to cut government spending, because that’s where the real problem lies.

She told those in attendance that she stood for election integrity and wanted to get rid of the affidavit option on the ballot.

The other thing the secretary of state does, in addition to being the chief electoral officer, [..] is to remove any doubt you have about our elections,” Moon said.

His solution is education that begins with poll watchers, election workers and clerks knowing what to look for and for clerks to apply Idaho’s collection laws.

Moon is also an advocate of state sovereignty. If elected, she will sit on the Idaho Lands Board, of which the Secretary of State is a member. Among the council’s tasks is the management of endowment lands, Moon said.

Moon said she wants to take back the 63% of land the federal government owns in Idaho and harvest lumber to produce a reusable product that will benefit the state financially.

Braden Durst was the only Superintendent of Public Instruction candidate present.

“As superintendent of your state, you will be my priority,” Durst said. “Parents will see the place replaced in the driver’s seat of their child’s education, where they belong.”

“[Woodward] killed a parental rights bill being printed. Why? Because he doesn’t think we should trust you, Durst said.

” […] There is a battle raging for the soul of our country, and it is happening in our schools. Every day, students are told lies that completely contradict what their parents teach them,” he said.

He said parents should not worry about what is taught in school because schools should go back to basics by teaching math, science and writing. Article Nine, Section One, of the Idaho Constitution states that the Idaho public school system shall protect our Republican form of government, Durst said.

“I see current things [like] critical race theory and other literature as contrary to this,” he added. “And because you’re a state superintendent, the districts that are enforcing these policies, they’ll get a call from my office, and they could face a lawsuit, because we have to be serious about this matter. These are our children.

He said school choice needs to be expanded and the money needs to follow the students, so they are not beholden to the school district in their area.

When Durst served two terms in the House and one in the Senate, he was elected a Democrat. He said he always votes as one of the most conservative members of the Legislative Assembly, regardless of party.

The primary election is May 17. 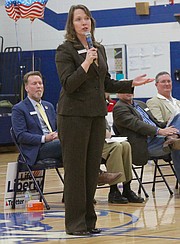 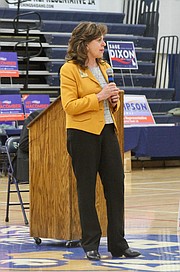 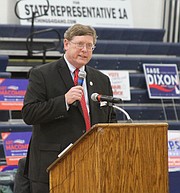 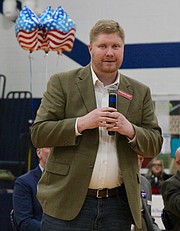