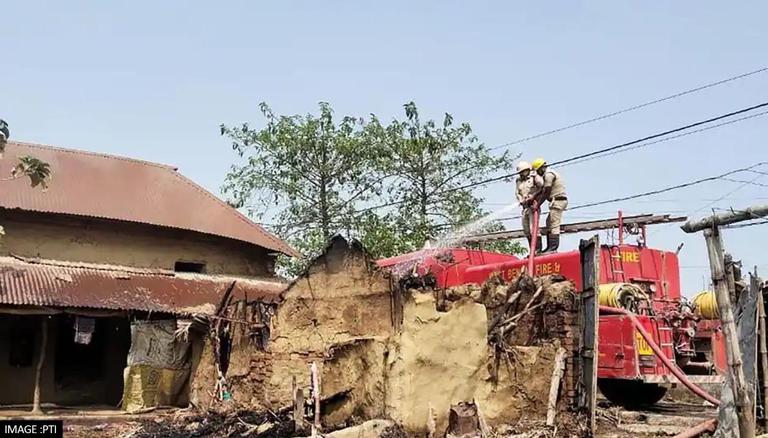 In a significant development, the High Court in Kolkata on Friday transferred the investigation into the Birbhum massacre to the Central Bureau of Investigation (CBI). The HC ordered the state SIT not to investigate the matter further, declining to suspend its order. The court ordered the CBI to submit a progress report at the next hearing date, which is April 7.

Violence in Birbhum: Calcutta HC hands over investigation to CBI

The HC was hearing a bunch of PIL regarding Birbhum violence. The National Commission for the Protection of Child Rights (NCPCR) has also become aware of incidents of violence. Eight people, including two children, were charred to death in Rampurhat on Tuesday following the murder of its deputy panchayat leader, Bhadu Sheikh.

On Thursday, West Bengal CM Mamata Banerjee visited victims of the Birbhum violence in Rampurhat and handed over a check for Rs 5 lakhs to relatives of those killed in the incident. She announced that financial aid of Rs 2 lakhs will be given for the reconstruction of the affected houses. MC MPs including Sudip Bandopahyay, Derek O’ Brien and Mahua Moitra met with Union Home Minister Amit Shah and briefed him on the investigation into the incident and demanded that the Governor of Bengal be removed from office as he was working unconstitutionally against the TMC government.

On Tuesday, Bhadu Shaik – a Trinamool Congress Panchayat leader was killed by unidentified assailants. Following this, at least eight people, including two minors, were charred to death after nearly a dozen houses were set on fire with petrol bombs in the Bogtui village of Rampurhat. So far, at least 22 arrests have been made by the police. According to the autopsy report of the victims, the women and children were beaten up before being burned alive.

Enraged by the incident, the BJP called on Mamata Banerjee to step down as Bengal CM. BJP National Vice President Dilip Ghosh acknowledged that Birbhum is a sensitive region where political violence is at its peak and opposition parties are targeted daily. Noting that more than 200 BJP workers have been killed so far in the state, Ghosh questioned why the Mamata Banerjee-led government was not taking any action.

He added: “We have conveyed this to our Home Minister and Party Chairman. Opposition leader Suvendu Adhikari is also leading a BJP delegation to Delhi on the issue. A central team will soon visit the state. We will also raise the matter in the Lok Sabha today.” The Left Front (LF) held a rally in the town of Rampurhat, demanding fairness for those killed, but Congressman Adhir Ranjan Chowdhury was barred from entering Birbhum. Prime Minister Narendra Modi also condemned the violence in Birbhum and called on the state government to take strict measures.