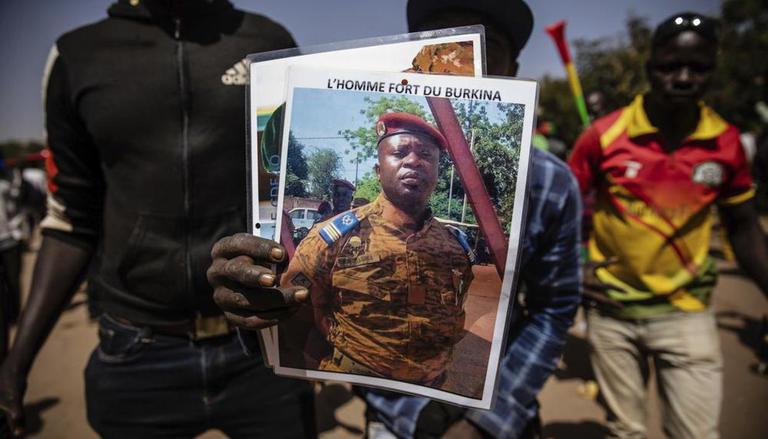 The junta said Kaboré had failed to stem the jihadist violence that killed thousands during his time in power.

However, there are already new concerns that the coup could ultimately lead to more attacks across Burkina Faso.

However, the young farmer Abdoul Aziz Compaoré considered that “if security returns, it is up to us (Burkinabe) to see if we are going to make an electoral calendar or not”.

“That is to say, if the election is this year or next year, it is not a problem as long as the president does a good job, we can leave it,” he explained.

Others hailed the coup leader’s pledge to fight terrorism and work to help thousands of displaced people return home.

“We hope that he will succeed in defeating terrorism and that everyone will be able to return to their villages because when you see widows and orphans in the streets begging it’s too sad,” said hairdresser Kadi Ouedraogo.

The international community condemned the coup, despite broad local support.

On Friday, the West African bloc ECOWAS decided to suspend Burkina Faso following this week’s coup, making it the third country in the regional bloc to be punished for a military takeover in just 18 months, after Mali and Guinea.

In his first address to the nation since taking power, Damiba on Thursday said he would bring security and order to the conflict-torn nation, and unite the country.

But he also warned that betrayal would not be tolerated.

Damiba, leader of the Patriotic Movement for Safeguarding and Restoration (MPSR), spoke from the presidential palace.

He explained that the country was facing an unprecedented crisis and that the junta’s priority would be to restore security by renewing the will to fight among its soldiers and listening to people to chart a way forward.

Damiba also called on the international community not to turn its back on Burkina Faso.